Some economists fear that Covid-19 business support programmes could create zombie firms. They shouldn’t be so concerned.

Dustin Voss and Toon Van Overbeke are PhD candidates, Bob Hancké is Associate Professor at the London School of Economics 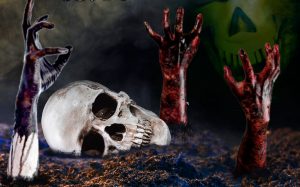 Recently, economists have voiced fears that the costly Covid-19 business support programmes rolled out by European governments could create ‘zombie firms’ – failing companies kept artificially alive by the continued extension of credit. Examining emergency credit provision in Germany, Dustin Voss, Toon Van Overbeke and Bob Hancké argue that such concerns are largely unwarranted. Financial scrutiny is provided through deeply institutionalised relationships between banks and firms in the Mittelstand that help overcome information asymmetries regarding solvency. To protect political and social peace in the midst of a pandemic, the zombification of some firms is thus a risk well worth taking.

A spectre is haunting Europe – the spectre of zombie firms. What sounds like a weird scene from an overly motivated pulp fiction horror movie is actually the headline of a recent article in the Financial Times: ‘Research claims a fifth of Europe’s corporate landscape may now be zombified’. Zombie firms are failing companies kept artificially alive by the extension of credit — as has happened abundantly during the Covid-19 crisis.

What might be the nightmare of fans of Schumpeterian creative destruction threatens to become reality today. The longer emergency loan programmes are extended, the more zombified Europe’s corporate landscape will be. Eventually, this distorts markets because firms that would otherwise go bankrupt continue to receive loans and enter into new contracts at the expense of competitors with higher chances of survival. No wonder that this scenario leads many a neoliberal economist to hyperventilate.

The problem seems to be particularly acute in Germany. As part of its emergency relief programme, the government suspended the obligation to file for bankruptcy if a company’s financial woes were a direct consequence of the pandemic-induced crisis. From 1 January, this rule will be reinstated. The German Economic Institute in Cologne (IWK) estimates that this would produce 4,300 additional zombie firms and concludes: ‘What was sensible in spring could now become a problem’.

But what exactly has changed between then and now? What would now suddenly justify ending a support scheme that keeps businesses affected by the pandemic afloat? And, more importantly, what exactly are zombie firms really — any firm that would go bankrupt due to Covid-19 without government support; or firms that will inevitably go bankrupt despite financial aid? Recent reports seem to refer to the first option although they remain eerily unspecific about this detail.

In any case, we might have to wait a little bit longer to be able to gauge the actual scale of the problem. Until government support schemes effectively expire, estimates about the number of European zombie firms are, as the Financial Times points out, ‘anyone’s guess’. And, more dramatically, the future is radically unknown, and estimates today may have a self-fulfilling quality. Many firms could face liquidity problems today because of the forced reduction in demand and supply but are not necessarily insolvent – yet they could easily become insolvent if funding dries up. Were these, then, zombies to start with or did they become zombified because of poor policy? Anyone’s guess…

So, in the meantime, why not turn to things we actually do know. For instance, how have business support programmes in Germany been organised, what are the political economic institutions that underpin them, and how do they work? We draw here on a paper on economic policy responses to Covid-19, in which we compared business support schemes (and furlough schemes, as we reported a few months ago) in the UK and Germany.

In Germany, the publicly-guaranteed Kreditanstalt für Wiederaufbau (KfW – literally ‘Credit Agency for Reconstruction’) rolled out two types of business support schemes (Unternehmerkredit and Schnellkredit). These were processed by ‘house banks’ that have long institutionalised relations with firms of all sizes, but especially with small and medium-sized enterprises of Germany’s famed Mittelstand (SMEs). In contrast to many of the very large German companies, SMEs in particular continue to maintain close personal relationships with their house banks, and their lenders therefore not only hold significant knowledge about their clients’ credit history, but also about their business models, market position, and long-term strategies.

When the pandemic struck, this allowed the German government to fall back on a deeply institutionalised system of bank-to-business and bank-to-bank links that could easily be deployed as a public utility. Data on the share of Unternehmerkredit and Schnellkredit by bank type illustrate this point. For both types of emergency loan programmes issued by KfW, public savings banks and cooperatives shouldered over two-thirds of the volume of loans while holding a total market share of only around 30 percent. Hence, in Germany, the crisis programmes at the root of ‘zombification’ are an extension of deeply institutionalised, long-term relations between firms, banks and the state. These institutional legacies allowed German banks and the KfW to overcome information asymmetries regarding firms’ solvency, which in turn allowed the banking sector to do what it has done quite well for decades: act as the key cog in business-state relations to facilitate industrial development.

Against this background, it is hard to imagine a wide-spread zombification of the German corporate landscape. To start with, only those firms that were in good financial health at the start of the pandemic were allowed access to emergency loans. This provides us with relative confidence that firms would have done quite well if it weren’t for the pandemic. Careful optimism is further supported by the fact that savings banks are partly liable for the support schemes. Why would they suddenly exploit their knowledge and long-existing relations in support of now struggling SME partners? It is hard to imagine a more firmly instituted system of financial scrutiny.

Now, German SMEs are facing a complicated future, and many may encounter significant problems soon. Structural shifts such as the combination of new products, processes and automation — Industrie 4.0 — will shake up the country’s industrial tissue. The shift to electric cars will upset the car firms and their suppliers, combined good for 7% of employment and more than 10% of GDP. And more generally, the decarbonisation of the economy, which has a disproportionate impact on manufacturing sectors, is a major shift for which many smaller companies may not be well-prepared (and the pandemic hasn’t helped). But it is hard to link these adjustments, or lack thereof, to the credit lines opened since the spring of 2020.

Yet the weakest element of the zombie firm argument may well reside elsewhere. Its proponents do not seem to take the logical next step and propose to simply end emergency business support during a pandemic. Imagine for a moment that the government could feasibly distinguish between zombies and healthy firms and cut funding accordingly. The political and social harm this would cause in the midst of a recession would be intolerable. Culling the ‘sickest’ animals from the business herd would, at present, simply mean the tipping point for countless families struggling to get by, not to mention the long-term scarring and collateral damage to other businesses.

While the world looks bad through neo-classical lenses, it looks considerably better through institutional ones. To preserve social peace during an unprecedented pandemic, we probably should learn to live with a bit of zombification.

Laurie Laybourn-Langton and Michael Jacobs: Moving beyond neoliberalism – An assessment of the economic systems change movement in the UK

Neo-liberalism – deregulation, financialisation and globalisation – is not working in the interest of the vast majority of the world’s population? Not only does a new economic model have to be developed, but it has […]

Steve Keen – Can’t we all be Swabian Housewives?

There is probably no economic fallacy that is so difficult to correct than that of Swabian hausfrau economics (you can only spend what you have) having no relevance with regard to public finance. Steve Keen […]

It is common knowledge that Spain is having great difficulty maintaining its democratic legitimacy. Antoni Soy explains why. Antoni Soy is Honorary Professor in Economic Policy at the University of Barcelona Edited by BRAVE NEW […]