The vast oceans of the planet provide myriad resources and are key for our survival – and yet the burgeoning narrative of the so-called Blue Economy threatens to entrench the same fallacy of endless growth in the oceans as on land. 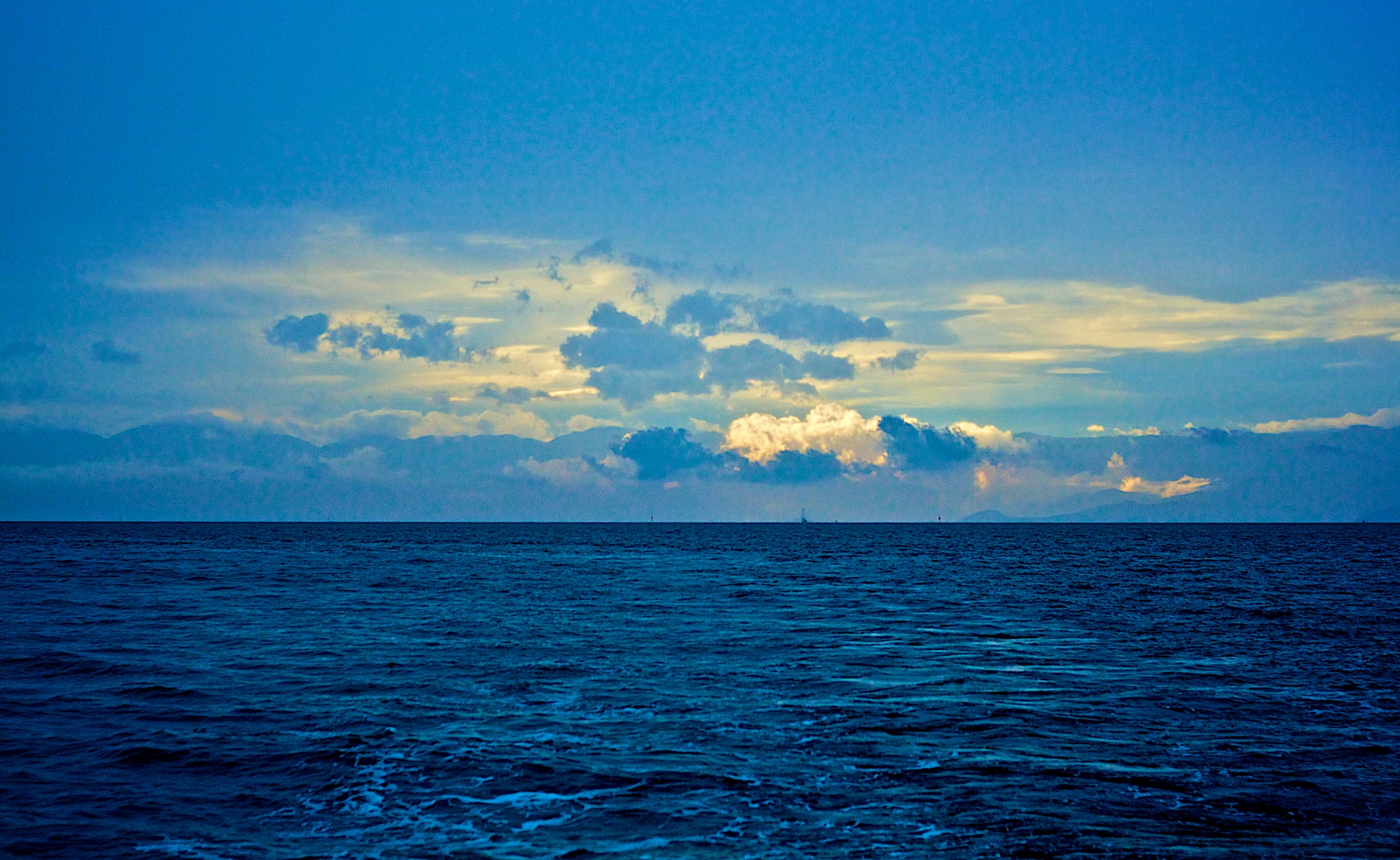 “We are making the same mistakes in the sea as on land, with large scale over-exploitation of marine resources and destruction of ecosystems. As on land, this is driven by deeply flawed economic systems, overconsumption and the relentless pursuit for growth. This can no longer be sustained, nor solved by blue innovation and technology only. The European Environment Agency calls for a Green Deal that focuses on growth without economic growth. The Blue Economy Strategy should aspire to the same.” Monica Verbeek, Seas At Risk director

Seen from space, the Earth is blue. But while the vast majority of its surface is covered in water, we are ignoring the fact that healthy oceans and seas are key for our survival. The ocean absorbs around a fourth of annual CO2 emissions generated by human activity, marine fisheries provide 57 million jobs globally, and over three billion people depend on marine and coastal biodiversity for their livelihoods. Yet, every few weeks, oceans are on fire, poisoned by oil, or losing another coral reef – these are not isolated cases, but virulent symptoms of the industrialisation of the oceans.

For decades now, ocean-based industries have hastily expanded – a phenomenon called the ‘blue acceleration’. Very few sectors have not been impacted by this; fishing, shipping, offshore windfarms, seafood production, even submarine cables for international data, have all increased exponentially.

In recent years, the ocean has also started to be seen as an important piece of the puzzle to help us meet major challenges such as the climate crisis. Because of its richness in materials and species, many have begun to consider the ocean as a space full of untapped resources that should be exploited and commodified. Powerful institutions such as the World Bank, the European Commission (EC) and the UN Department of Economic and Social Affairs have energetically promoted this vision. Following this new trend, the ocean economy is predicted to outpace the growth of the global economy over the next decade. It is no wonder that terms such as Blue Growth and Blue Economy have become buzzwords. However, these are not bearers of good news.

Deep dive: what is a Blue Economy?

The EC describes the Blue Economy as “All economic activities related to oceans, seas and coasts, which cover a wide range of interlinked established and emerging sectors” and has developed a Strategy to make the sector compatible with the European Green Deal objectives. However – and similarly to the words sustainability and green growth – people tend to use the term Blue Economy in ways that best serve their interest.

For example, transnational companies have used the Blue Economy narrative to push for their own agenda. Mining companies stress the urgency to develop deep-sea mining in order to achieve a green transition. They argue that to decarbonise and reach net-zero emissions by 2050, we need to start extracting minerals for car batteries and wind turbines soon. Transnational companies have already received exploration permits from the International Seabed Authority (ISA) for a seabed zone that is the size of France and Germany combined.

Europe has a big role to play in the politics of deep-sea mining. For example, one-third of exploration permits are held by European companies. The only thing preventing these companies from mining is a set of internationally agreed operating rules. Nauru, a microstate in Oceania, gave the ISA a two-year deadline to finalise the rules. Unsurprisingly, mining companies had a role to play in this push for action.

One might think that this is a win-win situation for states such as Nauru, but research shows that inequity is a systemic feature of the ocean economy. Powerful actors – states, communities and economic entities – benefit from existing arrangements that allow them to reap all the benefits, whilst letting the most vulnerable deal with the negative consequences. For example, 60% of all revenues from ocean industries are distributed to a small number of transnational companies. This concentration of power is problematic because it threatens access for small-scale fishers to areas they have been using for generations and allows these companies to easily lobby governments to weaken environmental rules – it even holds back innovation.

These effects are a good representation of the Blue Economy as a whole: a recent study demonstrates that this system is built upon the unfair distribution of commercial catches; the restricted political power of small-scale fishers, especially women and minorities; the limited participation of low-income countries in offshore activities and related decision-making; the consolidation of global supply chains; poor transparency and human right violations. Overall, this results in the loss of livelihoods, limited financial opportunities for vulnerable groups and challenges to nutritional and food security.

It is also important to remember that this happens in a context in which ocean resources are already under stress from overfishing, pollution, declining biodiversity, ocean acidification, and rising sea levels and temperatures. As a result, 40% of the marine environment is already experiencing severe alteration, and close to one million species are already facing extinction.

Not only does the direction we are taking completely ignore the precautionary principle, but it is also in direct opposition to the goals set out in international treaties such as the UN 2030 Agenda for Sustainable Development. Clearly, we have found ourselves in this contradictory situation because the ocean economy is rooted in a system obsessed with economic growth. So, where do we sail to from here?

Degrowth has been an increasingly popular approach in recent years. Fallacies such as ‘decoupling’ have been debunked by experts and a growing number of academics are advocating for the assessment of the health of people and nature beyond the reductionist GDP measure.

In fact, sophisticated models are even being designed to help policymakers make truly informed decisions about our future. For example, LOCOMOTION is a project that aims to create a holistic framework: unlike the GDP indicator, it takes into account socioeconomic, energy and environmental dimensions. This will allow policymakers to assess the feasibility, effectiveness, costs and ramifications of different sustainability policy options. By doing so, LOCOMOTION will help them identify the most effective transition pathways towards a low-carbon economy.

Whilst the Degrowth approach is gaining attention worldwide, discussions tend to forget the ocean economy. Fortunately, local communities, NGOs and researchers are closing this gap. In Papua New Guinea, islanders have been resisting deep-sea mining by using creative interventions to bring the Blue Degrowth narrative closer to political debates.

Opposition is not only felt locally, but also globally as coalitions of fishing communities and activists are reframing the debate through the lens of blue degradation and social justice. Organisations such as Seas At Risk have joined the discussion by advocating for a shift that moves us away from the need to extract more mineral resources and towards societies that are based on wellbeing and societal needs rather than economic growth, and the utilization of resources within planetary boundaries. More than 150 organisations have signed their Blue Manifesto.

Scholars of different fields have further questioned the necessity and benefits of the Blue Economy and push for alternative socio-economic and socio-ecological models. Many moratoria also have been launched, the most recent one during the IUCN Congress in September. It is impossible to know if it is a coincidence or just evidence of Europe’s stance on the subject but the EC announced it would step-up deep-sea mining operations that same day.

Nevertheless, the efforts mentioned above demonstrate that there is a growing awareness around the consequences of the Blue Economy, and that many actors are already fighting the injustices that are intrinsically part of our economic system. Societies are starting to realise that more (blue) growth does not mean better lives. Let’s continue the discussion so that inspiring change can happen through small communities all the way up to bold leaders.

BRAVE NEW EUROPE is a not-for-profit educational platform for economics, politics, and climate change that brings authors at the cutting edge of progressive thought together with activists and others with articles like this. If you would like to support our work and want to see more writing free of state or corporate media bias and free of charge. To maintain the impetus and impartiality we need three hundred donors, giving £5 or 5 euros a month would bring us close to £1,500 monthly, which is enough to keep us ticking over. Please donate here.

Financial groups have become extremely powerful forces in the financial world. There is no control, as they appear to have become a law unto themselves. BlackRock alone purportedly now oversees $7.4 trillion of assets. That’s […]

Alfie Stirling – Austerity is subduing UK economy by more than £3,600 per household this year

Today the British Treasury announced a massive surplus for January. As we know, there is no such thing as a free lunch, so who is paying the bill. Here the answer: ‘Fixing’ the public sector […]

“It is the net worth of the government that should be the focus, not its debt.” Dag Detter is Principal, Detter & Co Stefan Fölster is Director, Better Future Economics Josh Ryan-Collins is Head of […]