Confused about the role of eurobonds, the ECB and Germany in the current euro crisis? This article by Engelbert Stockhammer offers a useful comparison between this financial crisis and the last 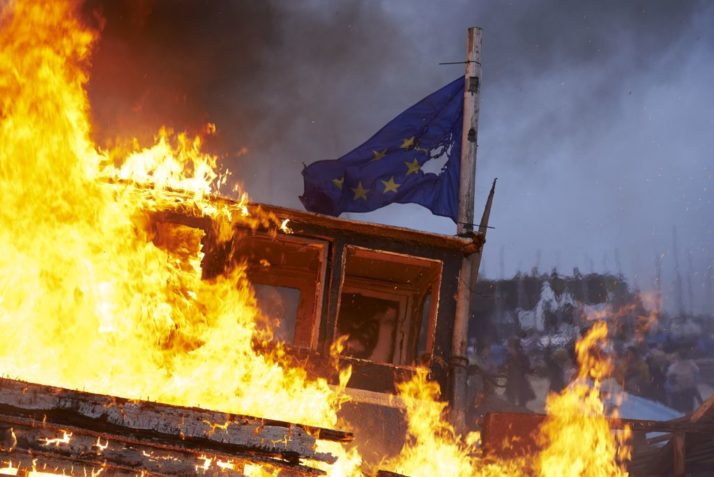 The corona virus crisis will have a major economic impact. Current data suggest output losses comparable with those in the financial crisis of 2008/09. Unlike the global financial crisis the corona crisis represents a supply-side shock. As in 2008/09 governments have stepped in on a massive scale. While the global financial crisis emanated from the USA, its worse effects were felt in southern Europe a few years later when the euro area experienced a sovereign debt crisis.  Austerity hit the worst affected countries, and there has been weak economic performance ever since. This commentary argues that unless the euro zone changes its economic policy a similar sovereign debt crisis is the likely consequence of the corona crisis.

A sovereign debt crisis means that financial markets do not want to hold sovereign debt. Consequently, the affected governments have difficulty selling new bonds to cover their deficit. And the interest spread of the country’s debt over what are considered safe assets (typically German or US government bonds) is a measure of how severe the crisis is. Two factors gave the euro crisis its dangerous dynamics. First, commercial banks were holding a lot of government debt, so if banks needed a bailout the volume of their own government debt would rise. This is called the doom loop. Second, in times of financial crises when investors reassess the risk of assets, they tend to sell off whole asset classes and there are spillovers from one asset to another. In the Euro crisis this meant that investors sold off government debt from all southern European countries even though each country had quite different economic data. Stabilisation of the crisis occurred after European Central Bank president Mario Draghi promised to do “whatever it takes” to save the euro. In practice that meant it committed to buying member-states’ government debts and thereby provide a backstop for the price of sovereign debt. The ECB also set up its Outright Monetary Transaction instrument, but it was never used. This proved sufficient to stabilise sovereign debt, but ECB support was conditional on countries’ adhering to the austerity policies set by the IMF, ECB and European Commission (known collectively as the Troika). It failed to prevent a deep recession in southern member states and weak growth thereafter.

In the euro crisis several mistakes were made. First, the European Commission, led by Germany, pushed countries in crisis to implement austerity measures. This substantially underestimated the multiplier effects of fiscal policy. That policy was also endorsed by the IMF at the time, but  the IMF, unlike the European Commission, has since qualified its views on fiscal policy . Second, it took the ECB too long to provide a backstop for government debt. The reasons for that were both political (in particular Germany’s resistance) and ideological (providing a backstop would supposedly create moral hazard and encourage excessive government spending). Third, the doom loop, the feedback between (national) sovereign debt and (national) commercial banking instability was not interrupted. The steps towards a Banking Union were too little and too late. Fourth, at the core of the tension was the reality that fiscal policy and sovereign debt are national. Issuing eurobonds (ie bonds guaranteed by the entire European Union) would have prevented many of the problems, would have interrupted the doom loop and mutualised the crisis. The policy ultimately was geared at stabilising financial markets, not to creating an environment that would give national governments the space to act and to spend. Simply put, the aim was to save banks not to generate growth and full employment.

How different is the corona crisis from the euro crisis? Superficially, things look different. To begin with, the economic shock is a different one. The financial crisis was a major demand shock after real estate and debt booms in the USA and many European countries. The corona crisis is a brutal supply-side shock. Factories, shops and restaurants are shut not because of lack of demand, but because of public health measures to stop the spread of the disease. However, both will lead to massive budget deficits and increases in public debt. Importantly, many of the structural problems of the euro area regime have not changed much: the fiscal compact has tightened the bias towards austerity. While the growth and stability pact is presently suspended, it has not been replaced by an alternative policy regime. Thus austerity will be back on the agenda as soon as the worst of the crisis is over. The basic mechanisms underlying the doom loop and contagion have not been addressed. Banking Union does not effectively decouple sovereign debt and banking stability and there has been no Europeanisation of government debt. Nevertheless, the fire-fighting ability of the euro system has improved somewhat (the ECB is more ready to intervene and the ESM (European Stability Mechanism) now exists,as a provider of long-term finance).

And indeed, the same policy issues that were at the core of the euro crisis debates have already re-surfaced. The ECB’s president Christine Lagarde had declared on 12 March that it was not the ECB’s role to reduce government bond spreads (i.e. provide the backstop for sovereign debt). But she had to quickly backtrack within days as Italian bond spreads increased  – which was dangerous because Italy has a fragile banking sector. If you want a positive reading of this, the U-turn took the ECB only a few days, not years as during the euro crisis. In the European Council, coronabonds were rejected by the Nordic states. So corona-related government debt will still be a credit risk at national level. The debate has begun on the conditions under which the ESM should be employed to provide funding to member states.

So how big is the danger of a new euro crisis? This will depend on several factors: how deep the recession will be; how different the impact will be for different countries; how national or European the policy response is; how willing northern countries are to share the costs; and finally how large the underlying fragilities are. A closer look at these factors is not encouraging. First, if fiscal costs are proportionate to mortality then budget deficits and public debt are likely to increase more in southern Europe than in Germany. Second, estimating the economic fallout of the corona crisis is difficult since we don’t know how long lock downs will last. Current indicators point to sharp increases in unemployment and drops in output at least as serious as in 2008/09, which would imply a GDP decline of say 10%, which presumably would come with budget deficits of 10-15% of GDP. For Italy that would suggest a rise in public debt from 135% of GDP today, to above 150% of GDP. That would put it well above the benchmark of 120% that provided the reference point for sustainable debt in the Greek debt restructuring of 2012. That could easily trigger a financial panic unless there is a mutualisation of debt or an effective backstop. Third, the policy responses have so far been exclusively national, even if the policies are actually rather similar (lockdowns with government support for part-time work or other compensation for workers, loan guarantees for businesses etc). In part this is unsurprising as health policy is national. The border closures were largely national policy as well. Thus it comes as no surprise that fiscal responses were largely uncoordinated. In essence, responses to Covid-19 have shifted the focus to the national rather than European level. Fourth, if the discussion of coronabonds is an indication, the northern countries do not seem to be in a mood to mutualise costs (even if to some extent the ECB and ESM will be used as a backstop). Fifth, global financial vulnerabilities were already acute prior the corona crisis, particularly in non-bank financial institutions, the corporate sector, and emerging economies; but were played down because of allegedly more robust household and bank balance sheets. However bank balance sheets remain weak in many European economies, particularly Italy. Sovereign debt is substantially larger than in 2008 in all advanced economies.

In short, the basic tension in the euro system persists, because a common monetary system was created while leaving fiscal policy to national governments. The current philosophy of the euro system tries to use market valuation to impose discipline on fiscal spending of member states. That is in contradiction to having a backstop for government debt. But for governments to be fully effective in times of crisis they need a central bank that fully backs them. A common fiscal instrument, such as coronabonds, would be a simple and effective way out of this dilemma. But this is at odds with the euro system’s current philosophy (and law).

Gig Economy Project – The pandemic and the gig economy in global perspective: Interview with Kelle Howson

Never heard of zero hours contracts? This is modern slavery and makes the gig economy appear worker friendly. By Daniel Tomlinson, Research and Policy Analyst at Resoultion Foundation Cross-posted from the Resolution Foundation     […]