This is true for the rest of Europe as well. The political class simply hopes that everything will return to the way it was, all paid for by China. We have a health crisis, economic crisis, and climate crisis (maybe one should add inequality crisis) and there are no plans for change. 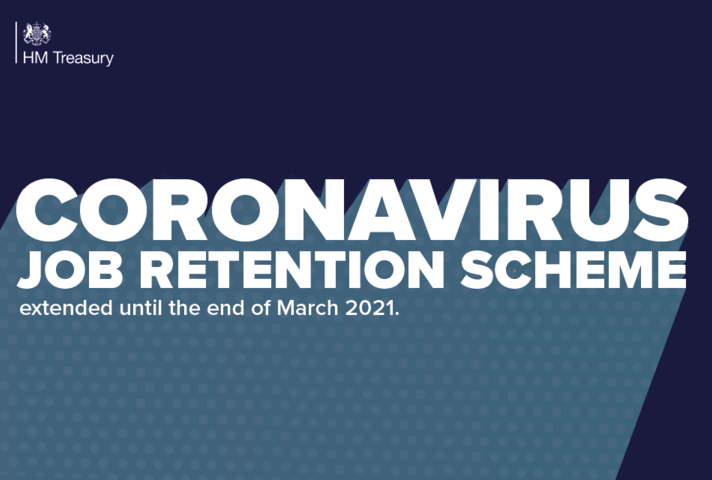 Rishi Sunak yesterday unexpectedly extended the furlough scheme until March. As soon as the Bank of England gave him £150 billion to spend as a pre-Christmas gift he seemed intent on spending it. Let’s ignore the fact that he could have, in that case, also covered the cost of free school meals at half term without any difficulty at all, and let’s also ignore the fact that what this makes clear is that the government actually spends money that it creates itself, and lets instead just think furlough.

As I, and a few others, have been saying for some time, the risk of massive unemployment this winter was considerable. I forecast in excess of five million unemployed, with even six million being possible. Danny Blanchflower, who I think to be the best labour economist we have, agreed. I rather suspect that the Bank of England did so too, even if its current forecasts do not say that. The only way that their latest forecast of around 7.5% unemployment, which is less than 3 million people, makes sense is if they knew there would be an extension of the furlough scheme. As a result, what I am saying is that yesterday’s events were, in my opinion, deeply choreographed. It was agreed that massive unemployment had to be avoided, at all costs, and the Bank agreed to extend the cash that everyone knows (and denies) it can create. It is now expected that more than 5 million people will be furloughed on top of more than 2 million unemployed people and more than 3 million people on the claimant count. In that case my estimates look horribly right.

Of course I am pleased that support is being supplied to employers and their employees during this winter. Doing so makes sense: these are poor trading months (most especially so when for many Christmas will have been cancelled) and as a consequence this might help some more businesses survive than I previously expected. That is to be welcomed.

But, and I stress the point, furlough was not meant to last this long. It is a botch up that was created out of necessity. That it has worked within the narrow confines of the surrounding economic collapse is good news. But it is time that it was planned that it should end.

There are good reasons for saying that. We know that furlough is deeply discriminatory. Those still with an employer receive enhanced benefits as a result. Those without an employer do not. And some just fall through the gaps. The provision of state benefits on such a random basis is unacceptable. The benefits system should treat all it supports equally. Furlough quite specifically fails that test. It cannot continue beyond March as a result. It must be replaced by a much fairer enhancement to the benefits system thereafter. Nothing less will do. And there is time to plan that now.

As there is also time to plan the way in which support to business will also be supplied. This has been random to date. Apart from the fact that this has undoubtedly encouraged some fraud – which is worrying – there is another dimension to this as well. Whilst I reject the notion of the zombie company – which is based on the false premise that productivity as narrowly defined by economists is the essential criterion of a successful business when I am quite certain that is not true – what I do accept is that not all businesses need qualify for support to survive from now on.

My point is that we really do need a proper industrial policy to decide what really matters within the economy. We now know that the economy cannot survive, innovate or adapt without government support. We should readily embrace that as a fact. But we have to then provide support to what is most needed.

Some of the activities most needing support are in the state sector. Education needs more money. So too does the justice system. They should get the support they need to deliver essential jobs.

So too, of course, should the health and care sectors. The time for clapping passed a long time ago: now it is time for delivery. There is no reason for a bias in work support towards the private sector when so much can be delivered by the state.

And within the private sector winners and losers must be chosen. The green transition has to be supported. Heavy material consumption, has to lose its support, unless it can prove how it will adapt to the new world we have to live in (in which process of proof sustainable cost accounting could play a part, I suspect).

This will require decision-making my ministers. So far furlough has let them off that hook: blanket provision has been the easy part of this for Rishi Sunak, but the result has been unfair and quite inappropriate for the economy we have to build in the coming years.

The challenge now is threefold. It is to take the now known fact that the government can create and spend its own money and use that awareness to create the types of work that we need and to help the types of businesses we want.

It’s really not hard to imagine that this is the right thing to do. But will the government, and the Oppositions (and I recognise there to be more than one) rise to the challenge? I wish I knew.

James Kinsella, Richard Fairchild – Bitcoin has shot up 50% since the new year, but here’s why new lows are probably still ahead