The Conservatives are in a mess because they never understood what Brexit really meant. Instead of delivering to the voters who elected them they are finding ways to carry on in essentially the same way as the governing class did when Britain was still a member-state of the EU.

George Hoare is Co-host of BungaCast and one of the founders of The Northern Star, a journal of democracy

This article was originally posted on The Northern Star 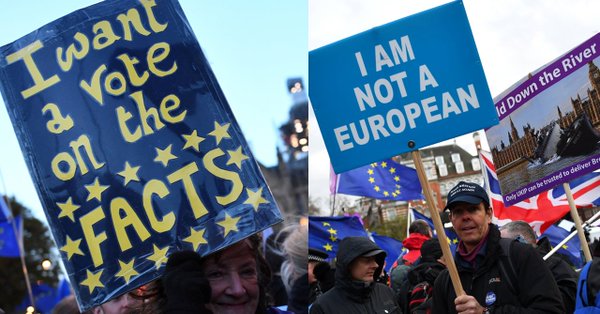 Although Sir Keir Starmer might hail May’s local council elections as a “turning point” for Labour, his party secured only relatively modest gains outside London. And even this was not due to Labour’s strengths or the appeal of their political programme, but rather reflects Prime Minister Boris Johnson’s inability to see through a coherent political programme of his own, despite the huge parliamentary majority given to him by the electorate in 2019.

Central amongst the obstacles Johnson has been unable to clear is the meaning and legacy of Brexit. Tory Brexiteers wanted deregulation and a free-trading ‘Global Britain’, an idea that was repeatedly shown to have very limited appeal outside of a small fraction of the Conservative Party and some of its most hardcore free market supporters. On the other hand, the electorate – and in particular those voters who lent their support to the Tories in 2019 – wanted a ‘levelling up’ programme that the Tories have struggled to understand, let alone deliver. As many predicted, the Tories have struggled to make good on the more pro-worker aspects of their new conservatism which appeals to the ‘Red Wall’ former Labour constituencies they won in 2019.

That the Tories are not delivering an inspiring Brexit vision is hardly surprising – after all, their downbeat 2019 slogan of ‘Get Brexit Done’ showed a desire to depoliticize the Brexit process, disperse any potentially transformatory democratic energies, and make this awkward expression of popular political will disappear.

One obvious explanation for why the Conservative Party is unable to live up to its most elevated Brexit rhetoric is the lack of competence or political skill amongst the leading lights of British conservatism. On this reading, Johnson is likely fatally compromised by lockdown partying. At the same time, MPs watching pornography in the Commons and allegations of widespread sexual harassment raise questions of moral probity and conjure up old pictures of Tory sleaze.

However, a more compelling explanation for the position the Conservatives now find themselves in can be found not in the political or moral failures of individual Tory politicians, but rather in the structural position that the British political class as a whole finds itself in. There is a much deeper political malaise here.

No-one is satisfied by the way Brexit is progressing. In addition to the Tory Eurosceptics complaining about the lack of deregulation that Brexit has brought about, and a clear lack of ‘levelling up’ to satisfy the Red Wall elements of the Conservative coalition, it is also clear in the context of near-record levels of immigration that any ‘taking back control’ of borders or limiting immigration is not on the cards. As the Brexit Minister Jacob Rees-Mogg announces yet another Brexit delay (seemingly accidentally using the language of self-harm), some commentators wonder whether the Johnson government has now lost its founding purpose, having gotten Brexit formally done but with no idea of what to do next.

The Tory Brexiteers find themselves in a position that they did not anticipate because they never understood what Brexit really involved. Having left the EU, they now find themselves directly accountable to the British people for their decisions. Deluded by their own obsessions with trade and deregulation, they do not know what to do faced with predominantly working-class constituencies who elected them to end decades of marginalisation by a neoliberal Westminster elite. At the heart of this problem was the Eurosceptics’ superficial grasp of what EU membership really involved and therefore what Brexit demands of the British political class, themselves included.

The process of ‘European integration’ is neither the result of the machinations of an evil foreign bureaucracy, as Tory Eurosceptics believe, nor a benign pooling of sovereignty, as Europhiles would have it. Membership of the EU is a way in which national political elites manage the decay of democratic politics within their own states. Joining the EU transforms a nation-state into a member-state. Whereas a nation state is a vertical unit, with elites gaining legitimacy through representing the citizens (and enjoying a social connection with a wider section of society that is much deeper and richer than mere electoral superiority), a member state is a horizontal unit, in which elites seek legitimacy and policy direction from their interactions with the elites of other member states and officials in international institutions. This transformation involves a move to post-political, technocratic forms of governance. (For a short introduction to this explanation of EU member-statehood as state transformation, see here; for a longer more detailed account see here.)

Although the UK left the EU in January 2020, this act alone was not sufficient to undo these long-term changes. Leaving the EU took away one means of governing in the absence of a strong political relationship with the population but Brexit itself did not produce a stronger political relationship. This is the problem that the Tories are stuck with. The arrival of the Covid era within two months of Brexit provided plenty of embarrassments for the governing party, but it also allowed Westminster as a whole to continue to evade the problem of its hollowed-out relationship with the citizenry. The politics of emergency permitted the governing class to carry on avoiding democratic accountability to the electorate, as it had been trained to do by the decades of post-political governance that characterised Britain as a member state.

Britain is now the first ‘post-member state’ – no longer formally a member-state, but apparently lacking the political resources to reconstitute itself as a nation-state. Covid and Ukraine are different ways for the political class to detach themselves from the processes of accountability that they are potentially faced with in a post-Brexit situation. Covid represents the subordination of political processes to medical expertise – political accountability or responsibility can be evaded to the extent that ‘The Science’ mandates a specific course of action. Ukraine, on the other hand, is presented by the political class as a situation in which money and people’s living standards simply must be sacrificed in the heroic struggle against the evil Putin. The politics of emergency in either case work to seemingly ‘force’ politicians to take a specific, narrow course of action, which comes to stand in for the politically more difficult task of developing a political project that engages and represents the citizenry. There is also a sort of ‘bait and switch’ here: while previously it was the EU that constrained Britain and our politicians, now it is now SARS-CoV-2 or Volodmyr Zelensky that assumes that role. Although today a proxy war with Russia is something that few ordinary voters have any commitment to but, given the way in which the political elite has closed ranks, anyone who opposes the dominant policy direction has no political representation. One thing is clear, though: as Johnson cosplays as Winston Churchill in Ukraine, the domestic political task of ‘levelling up’ remains unaddressed.

In the new Ukraine evasion (as with Covid previously) the government is miserably complemented by the opposition parties. Rows about who said what about the Deputy Leader of the Opposition’s sexual organs are furious. But there is no substantive dispute about policy with respect to Covid or Ukraine because the Labour Party shares the same basic political problem with the Tories.

Brexit, in this context, remains a thorn in the side of the political class in general and the Conservatives as the governing party in particular. This is because it demands some articulation of a project that the political class has to take ownership of and responsibility for – and for the success or failure of which voters will judge them at the ballot box. Brexit could never have been the whole of the solution to Britain’s democratic malaise. It was only the precondition of British citizens taking control of their state. Actually taking control, of course, requires a force in politics willing and able to take collective responsibility for the direction of society. The most immediate benefit of Brexit is that there is one fewer place for the Conservatives to hide from voters, either during local elections or at the next general election. The most pressing problem is that there still is no force willing to take responsibility for the interests of the majority.

Steve Keen – Introduction to The New Economics: A Manifesto

Steve Keen is writing a book for Polity Press entitled The New Economics: A Manifesto. It has a long way to go, but this is the reasonably complete first chapter. It will surely be a […]

Richard Murphy – How to Take Power

So, how to take power? To some extent, simply ignore the issue of power is my answer. Simply prove that you have a better answer. Richard Murphy is Professor of Practice in International Political Economy, […]