Another surprising decision by a court of law regarding climate change, this time in France. 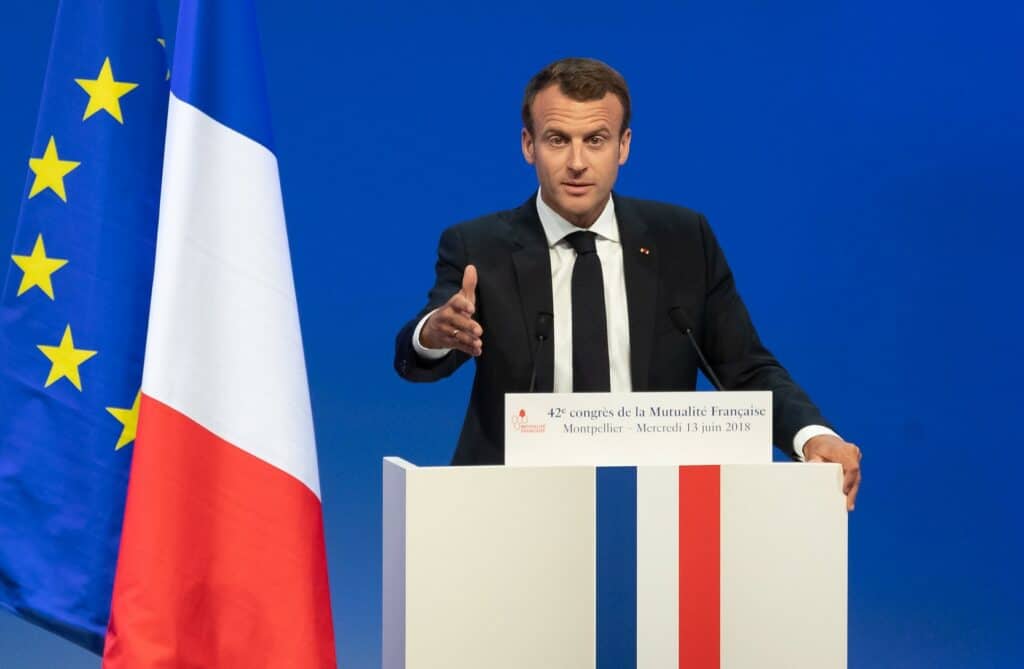 Emmanuel Macron’s government has been ordered to take much more decisive action to meet its climate targets – or face being fined.

The unprecedented injunction handed down on Thursday by the country’s highest administrative court means the government, which cannot appeal the ruling, is legally bound to do all it can to cut emissions before the end of March next year.

The case dates back to February 2019, when Grande-Synthe, a suburb of Dunkirk in northern France, alongside Oxfam, Greenpeace and the climate campaign group Notre Affaire à Tous, began legal action against the government for not meeting its national, European and international climate commitments. The coastal town is particularly vulnerable to rising sea levels caused by a warming world.

France has a target to cut domestic greenhouse gas emissions by 40 percent by 2030 compared to 1990 levels.

Lawyers representing Grande-Synthe argued that the government was legally bound by the target, as well as its duties under the Paris Agreement, the European Convention on Human Rights, and French environmental law more broadly, and said current policies were not sufficient to meet them.

The cities of Paris and Grenoble also added arguments to support the case.

The Council of State issued a first ruling in November 2020, which stated that France’s national and EU climate goals are binding. This was unusual because French political tradition normally considers long-term commitments to be “soft law”.

The court gave the government extra time to prove that its climate policies will effectively allow France to cut its greenhouse gas emissions by 40 percent by 2030, a weaker goal than the 55 percent target the European Union set for itself last year.

The government argued climate goals were not binding and said its proposed “Climate and Resilience” bill, which is currently going through parliament, is ambitious enough to meet the 2030 emissions target.

But the draft law has been criticised for not being strong enough by various national bodies, including the High Council on Climate, France’s equivalent to the UK’s Climate Change Committee, and members of France’s citizen’s assembly on climate change.

The Council of State agreed and gave the government nine months to take more decisive action. The period will coincide with campaigning for the French presidency, the elections for which are due to take place in April next year. If judges consider not enough has been done by then, they could impose a financial penalty on the government, which would increase the longer measures are not implemented.

Corinne Lepage, lawyer for the city of Grande-Synthe and co-founder of law firm Huglo Lepage Avocats, said she was delighted with the decision for two reasons: “Firstly, the Council of State has recognised the impossibility of achieving the old objectives, essentially those resulting from the new objective to reduce greenhouse gas emissions by 55 percent. As such, it recognises that the climate and resilience law is largely inadequate.

“Secondly, the commitment made in 2018 by the commune of Grande-Synthe and its former mayor allow France and the Council of State to go down in the history of climate justice at planetary level. I am proud and happy to have taken part in this”.

A report yesterday by France’s High Council on Climate found two thirds of the French population are already highly or very highly exposed to climate risk and concluded that France needs to double the rate of reduction of greenhouse gas emissions, to reach at least a reduction of 3 percent by 2021.

The Grande-Synthe action is supported by Affaire du Siècle (Case of the Century), a separate climate litigation case led by a coalition of organisations alongside 2.3 million signatories. They want France’s national low-carbon strategy to be revised to compensate for high emissions over the 2015-18 period.

A hearing in this case is expected to take place in the autumn. The verdict could see the judges of the administrative court of Paris order particular measures and fines.

Climate campaigners in France have been heartened by the recent success of climate litigation cases across Europe. German chancellor Angela Merkel responded to an April decision by the Federal Constitutional Court that the country’s climate targets were insufficient by announcing stricter goals.

Mike Wallace – Why is the EU so Interested in the Sahel Region of Sub-Saharan Africa?

The academic community is discrediting itself, much like the political elite before it, as it prostitutes itself to big business. Norbert Häring is a financial journalist at the German daily business newspaper Handelsblatt, blogger and […]