Jeremy Hunt’s U-turns on Liz Truss’s disastrous mini-budget are no cause for celebration.

James Meadway is the Director of the Progressive Economy Forum 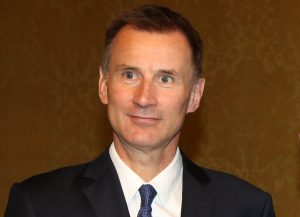 The British government’s entire financial and economic programme has been ditched by Jeremy Hunt, who has only been the chancellor since Friday.

“We will reverse almost all the tax measures that were in the growth plan,” Hunt announced in a televised address on October 17th – something becoming increasingly familiar as Britain’s poly-crisis worsens.

But in fact, he even went further: not just delaying the proposed cut in income tax, but leaving the current 20p basic income tax rate – paid by 26 million people – in place “indefinitely”. The proposed tax cut on dividends (payouts to shareholders) will be cancelled, as will tax cuts for categories of self-employed people and contractors. Alcohol duty cuts will be reversed. This all comes on top of the reversal of the Corporation Tax cut, announced on Friday. Only the previously-announced National Insurance contribution and stamp duty cuts will remain in place.

What’s more, the government will now only commit to capping the typical annual household energy bill at £2,500, promised by Truss for two years, until April 2023. Truss’s pledge was forecast to cost £150bn, and she and her allies had clung desperately to this promise as her major defence against criticism to the rest of the mini-budget.

Scrapping it saves a significant sum of money. But it creates another almighty headache for the government in six months’ time, with annual gas bills – without the ‘energy price guarantee’ – expected to be an average £4,300 by then.

Leaked discussions between one energy company and the government, as published by openDemocracy, reveal the impact of Don’t Pay UK: E.ON said the privatised energy system faced an “existential” threat from the movement’s threat of mass non-payment of bills. With no sign of energy prices coming down significantly, short of perhaps the end of the war in Ukraine, that “existential” threat will be back with a vengeance in April.

The existing proposal is unfair, leaving the poorest households spending almost half their disposable income on energy costs. It is up to the wider labour and protest movements to now come forward with alternative energy price proposals that protect households and pave the way for the clean energy transition, along the lines the New Economics Foundation has suggested.

Stepping back from the immediate situation, this episode has been taken as a sign of the financial markets dictating government policy in a way that Britain – a large, developed economy – has not been used to.

That’s partly true, and tells us something important about the British economy: it may be large, and comparatively wealthy, but right now Britain is a low-productivity, low-investment, high-debt economy with a pressing dependency on essential imports. The “fundamentals” of this economy are weak, and have been for some time, with austerity over the 2010s worsening all of them. For the last decade, coming out of the financial crisis of 2008-9, it has been an economy running on fumes – primarily those provided by the Bank of England in its huge “Quantitative Easing” programme.

It is important to understand the central role of the Bank of England, since it helps understand the “coup” that has been enacted in the last week or so. The Bank has had an increasingly important role in economic management, standing ready to cover up for poor government decisions, like austerity; major domestic shocks, like Brexit; and global crises, like COVID. Its historic reputation and its capacity to rapidly create more high-quality reserves meant that it could (for example) produce an additional £500bn through Quantitive Easing to cover the exceptional costs of COVID in 2020 without provoking a more fundamental crisis.

This growing power and importance explains how the Bank was able to intervene so rapidly against the government’s wishes. With the sudden spike in government borrowing costs following Kwarteng’s mini-budget pushing pension funds close to insolvency, thanks to their increasingly complex funding strategies, the Bank moved to offer up to £5bn a day in bond-buying support – but only, crucially, for 11 working days. This intervention calmed financial markets significantly, with government borrowing costs falling and the value of the pound against other currencies picking up. It looked like the Bank would, once again, stand ready to support this weak economy.

But then Andrew Bailey, the Bank’s governor, told journalists in the most emphatic terms that this support would end on Friday last week. The result was an immediate market panic, as traders worried that pension funds would fail and the government’s borrowing position would become unsustainable.

The impact on the government was almost as quick: on Friday, Kwarteng was sacked by Truss, Hunt made chancellor, and the corporation tax cut immediately reversed. Market reaction – notably, to Truss’s dismal, truncated press conference explaining the changes – was not especially favourable. Further moves by the government were always likely, and this morning Hunt has announced them.

It was, of course, the same establishment that pushed for a decade of disastrous spending cuts that are the primary cause of the present debacle

In a situation where that government has no mandate from the general public to carry out its programme in the first place, the democratic consequences of this are limited. But future governments, with a proper, democratic mandate for their programme, should look warily at what has just happened, and prepare accordingly: John McDonnell’s plans for “fully costed” manifestos and clear rules for government borrowing look, it has to be said, vindicated.

Yet as the pro-austerity politicians like George Osborne are seemingly rehabilitated, and as former Treasury mandarins are praised for their sound and sensible economic management, it looks rather as if the old establishment, and its media hangers-on, have settled themselves right back at the controls. A few brief, post-Brexit, post-Corbyn years of mavericks and oddballs being allowed to wrestle the steering wheel have been brought to a close.

It was, of course, the same establishment that pushed for a decade of disastrous spending cuts that are the primary cause of the present debacle. Back-of-the-envelope calculations suggest Hunt may have around £28bn of spending cuts to make – a terrible sum that will probably prove to be politically unsustainable, and indeed should be made to be politically unsustainable. Protests work. So do strikes.

But the cuts are also unnecessary – the so-called “hole” in the public finances exists only because the government has set itself a target of its debt falling, compared to the size of the economy, in three years’ time. Change this arbitrary target – a modest change to five or seven years, say – and the “hole” shrinks or disappears. It’s not “markets” making this debt problem – it’s the government’s own bad choices. And beyond that, as we look to the future and think about how to put the NHS back on its feet, or fund social care, or sort out schools, or pay for decarbonisation, we will have to consider measures this government will never seriously examine, and tax the huge piles of wealth that have built up in this country over the last decade. The next Labour government will inherit a god awful mess of an economy, unlike Blair in 1997. It will need to be far more radical as a result.

The affair around Julian Assange is of course an attack on freedom of the press, but not on mainstream media, whose goal is to end democracy. Craig  Murray is a British former diplomat, political activist, […]

Sean Bell – Catalonia: ‘Justice Has Been Done Today’ as Clara Ponsati is Accredited as MEP