The financialisation of food and agriculture, and the impacts that this has on the global food system. 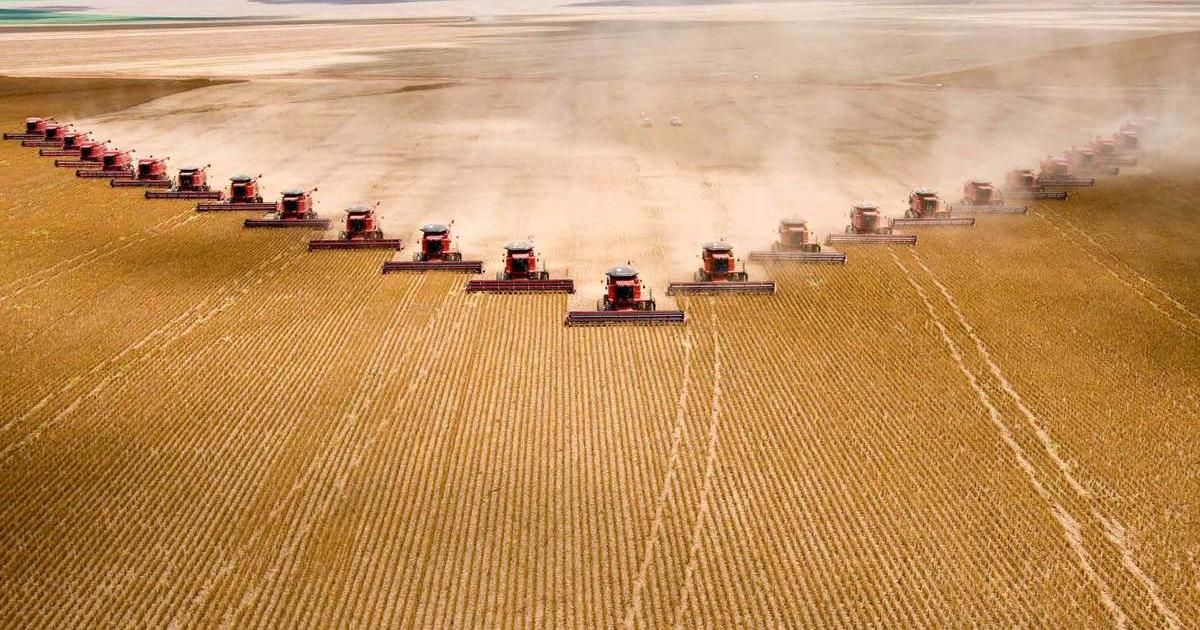 So, what is the financialisation of food and why is it important?

In her various presentations, Clapp provided a fascinating narrative about the ways in which financial actors have increasingly woven themselves into multiple aspects of food and agricultural supply chains, from the very top to the very bottom. One of the most compelling aspects of this story is the fact that, to a large extent, these processes of financialisation are hidden and remain largely out of sight in the global political economy. This is partly due to their sheer complexity, but also because few citizens, including food scholars, have a great deal of understanding of financial markets, equities, derivatives, assets, index funds and so forth.

However, as she argues persuasively, financialisation, financial processes and the activities of financial actors have a significant impact on the shape of the economy, and in the case of food and agriculture, on influencing the ways in which food is produced, distributed and consumed. Moreover, of great concern is the fact that these activities are driven by the desire for profit creation rather than for the greater good.

In their new book, Clapp and Isakson argue that the financialisation of food has three key dimensions. Firstly, there is the targeting of agriculture as a new area for capital accumulation. In essence, more actors are investing in food and agriculture than ever before. As the authors argue, agricultural markets were highly regulated for most of the twentieth century to enable hedging by those involved in them, and to prevent financial speculation (i.e. betting on prices) by those who were not. However, these markets were deregulated in the 1980s, allowing for a boom in speculation on agricultural commodity prices and the development of new financial investment instruments linked to food and agriculture, such as index funds that track groupings of agricultural commodity prices. Furthermore, as Fichtner, Heemskerk and Leaver recently argued in a blog for SPERI, in the 10 years since the 2008 crash, the growth of large ‘passive-aggressive’ index funds has reshaped how modern capitalism operates.

As Clapp argued in her seminar, the index funds of such firms are packed with agri-food companies. For example, Blackrock’s perversely named COW has funds in companies such as Archer-Daniels-Midlands Co, Tyson Foods Inc and Bunge Ltd, and VanEck’s MOO which invests in companies such as PotashCorp, Syngenta and Deere. One of the key attractions for investors is that food is an inelastic commodity – i.e. people will always need to eat – therefore, in an environment of instability, investing in food and agriculture provides an avenue for stable capitalist accumulation.

The second dimension of financialisation that Clapp and Isakson point to is that we are witnessing a shift in traditional business practices towards the prioritisation of shareholder value. Increasingly, a key aim of large companies, including food, agricultural and agricultural biotechnology companies, such as Bayer is to ‘create value for our shareholders’. However, whilst shareholder value is proclaimed by some to be the ‘biggest idea in business’, others have derided it as ‘the world’s dumbest idea’ responsible for short-term thinking, crippling innovation and cost-cutting.

With the search for profit we are increasingly seeing the consolidation of wealth and power in fewer hands in food and agricultural markets. Due to increasing levels of corporate restructuring and mergers (think Bayer’s recent acquisition of Monsanto, or the Asda-Sainsbury merger), ownership is becoming more concentrated, with competition being squeezed out, which also leads to reduced choice, job losses and the externalisation of costs. It is also not uncommon for financial investors to have shares in lots of companies across the same sector. For example, we might assume that Investor A has shares in Company A and Investor B has shares in Company B. However, the contemporary investment landscape means it is likely that Investor A and Investor B, through index funds, may both own shares in Companies A, B, C and D. Therefore, investors that appear distinct from each other may actually be very similar by investing in the same companies. Interestingly, as Clapp noted, this has its detractors on both right and left: the former see it as anti-competitive and the latter see it as unjust.

The reality today is that firm owners are increasingly Asset Management Companies (AMCs). Their job is, again, to make shareholders money. At the top end of supply chains, these AMCs are increasingly investing in agricultural-related stocks and companies. This means that shareholder profit becomes the dominating factor, with dividends paid out to shareholders at the end of the year, rather than the traditional practice of reinvesting profits in areas such as research and development or human resources.

Thirdly, Clapp and Isakson argue that, as both consumers and citizens, we are also experiencing the financialisation of everyday life. With savings interest rates at an all-time low, responsibility for savings and investments is becoming individualised. Risk has increasingly shifted from banks and governments to citizens who now have to navigate a bewildering suite of financial products to get the best returns on their savings. Everyday people are increasingly encouraged to invest in stocks and shares ISAs and private equity funds.

These companies are colossal. BlackRock – ‘the world’s largest money manager’ – has assets of $6.3 trillion US dollars, whilst the second largest Vanguard Group has assets of over $5.1 trillion US dollars. According to Clapp, 17 per cent of Vanguard’s fund is invested in packaged foods and meals. Furthermore, unbeknown to us, many of our pension funds are made up of food and agricultural commodities. From top to bottom, then, finance is increasingly being positioned as the solution to increased risk (rather than something that is, itself, inherently risky).

So, what is the result of all of this?

Clapp and Isakson argue that financialisation has three main consequences: it exacerbates inequalities across and within different actors and geographical locations (some of those under most threat are the world’s small farmers); it drives socio-ecological changes that undermine food system resiliency through the prioritisation of shareholders; and it impedes collective action due to the highly complex nature of financial instruments and expanding lobbying power of corporate and financial elites.

Clapp makes the further point that equities and investment represent an area that has been overlooked by food scholars, who are often drawn to more visible issues such as land grabbing. However, one of the consequences of the financialisation of food is that the distance between cause and effect is growing, and as companies get bigger, the space for resistance necessarily gets smaller. She argues, therefore, that we need a broader public conversation on financialisation, with civil society engaging with state and regulatory processes, and a scaling up of alternatives to the food and financial system. In her keynote at Sheffield, she noted that, although Alternative Food Networks (AFNs) are a positive force for change, civil society also needs to confront corporations head-on, as failure to do this makes the work of AFNs more difficult. Therefore, not only is increased state regulation vital, but so is growing interest in anti-trust and competition agendas.

What is most impressive about Clapp’s work is her ability to shine a light on these complex and opaque processes, to sketch portraits of the key actors and institutions involved, and to bring into closer view the connections between cause and effect. For those keen to understand more, Speculative Harvests — which has been published by Practical Action Publishing with the express aim of enabling activists and scholars all over the world to access state of the art thinking on a range of food and development issues – is an excellent place to start.

We wanted to speak directly to the average person in their own language without the filters of government institutions and mainstream media. We are hoping that this letter will spark a broader public discourse about […]

Dean Baker – We Don’t Need a Cold War with China

The US has been manouvering in preperation for a trade war with China. Dean Baker’s thoughts on this Dean Baker is a Senior Economist at the Center for Economic and Policy Research (CEPR) Cross-posted from […]

Profit-before-safety, warnings ignored, 239 people dead. Britain’s oil bonanza and London’s gentrification have much in common. David Whyte is Professor of Socio-legal studies at the University of Liverpool. His most recent book is The Violence […]