Jeremy Leggett is a British social entrepreneur and writer. 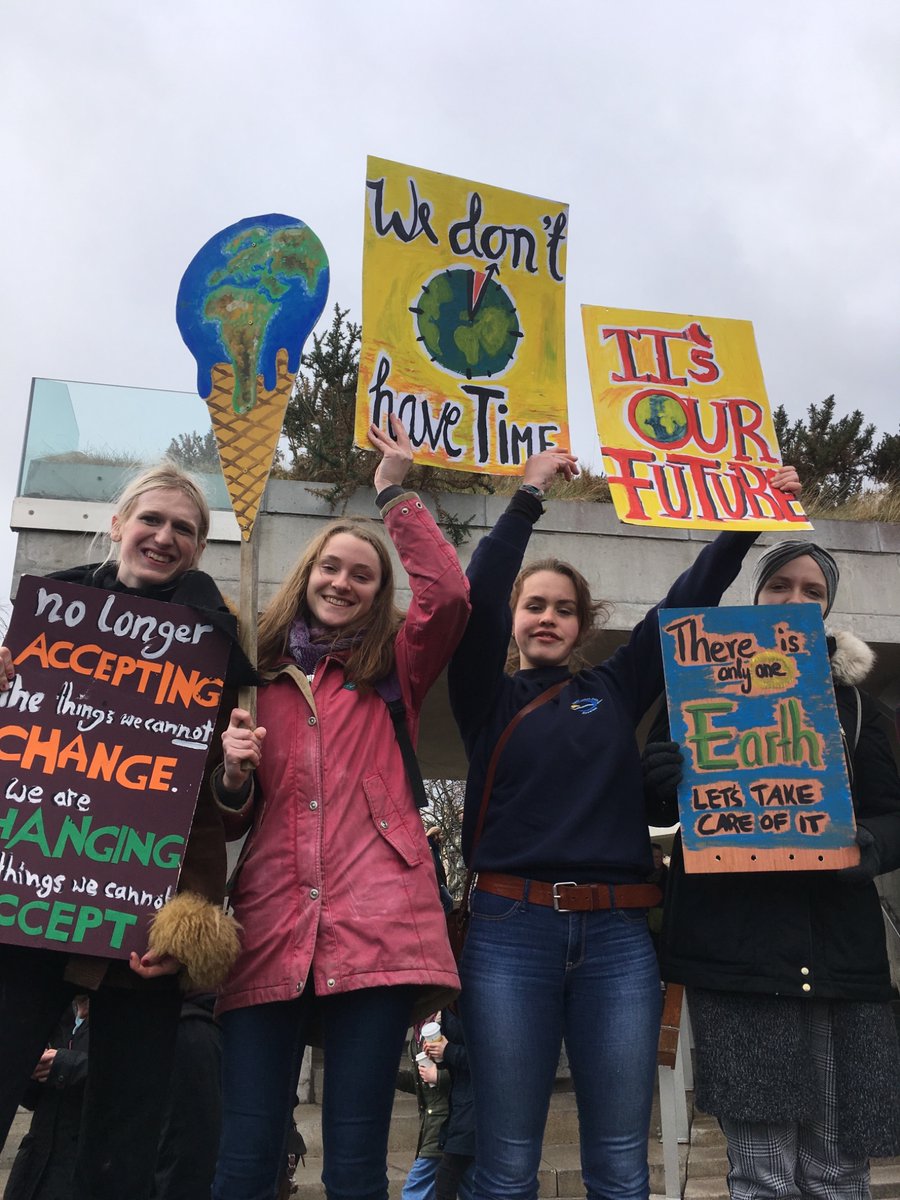 The schoolchildren on strike from school today in more than 100 countries are staging a global protest essentially about the failure of my generation to deal with climate change. They should of course be daunted by that collective failure. But they can also be uplifted by the opportunities they and the millennial generation have to do far better than us.

My generation has failed for many reasons, but one holds the key to what younger generations must now do. We have tended to fiddle at the edge of solutions, not embracing the system changes required. In doing so, many of us have either exercised denial about the full extent of the problems, or only pretended to address them.

The challenge, for those who cannot now afford to fail, involves more than climate change. Many researchers of past human civilisations tell us that our globalised civilisation may well now be in the early stages of collapsing, as things stand. Dozens of regional civilisations  have crashed before us, across the last 4,000 years of human history. They did so for a variety of reasons, but some recur, and three in particular: climatic change, environmental degradation, and inequality.

All three of these are heading in the wrong direction in the modern world. The younger generations will need to find fixes for all of them, in parallel. Human history suggests that tackling any one of them and failing on others can unravel organised society.

Climate change is clearly being driven by rising global average temperature. Climate-related disasters are equally clearly becoming more damaging, pushing the world towards a point – if current trends are allowed to continue – where wealth will be destroyed faster than any means to create it, and access to food and clean water will be impossible for many.

Environmental degradation is starkly expressed in calculations of ecological footprint: the measurement of how fast we consume resources and generate waste versus how fast nature can absorb our waste and generate new resources. The former exceeds the latter, and increasingly so.

Inequality has risen to ridiculous proportions since the financial crash of 2008, with just 26 people now owning as much wealth as the poorest 50% of the global population. One percent of the global population owns 82% of the wealth. The global elite turns up at the World Economic Forum in Davos every January, agonises over the risk to social cohesion that this inequality is creating, then goes away, does little or nothing, and returns the next year to even worse inequality statistics.

Daunting as this trio of problems is, were I in my teens skipping school to protest on the streets, or in my twenties and a rising politician, say, I would be much buoyed by the evidence that all three can be overcome. Let me offer some bullish thoughts based on experience in my generation.

In abating climate change, for example, many of us on the front lines of the insurgent clean-energy technologies believe we can quickly replace – or convert – the fossil-fuel incumbents in the time required to avert disaster. Many economists calculate we can do so with significant net economic benefits compared to the status quo trajectory.

In containing environmental degradation, for example, many of us believe it is possible to replace linear progression from resource to waste with a circular economy, solving many environmental problems with net economic benefits.

In reversing inequality, for example, long-delayed reforms to capitalism – called for after the financial crisis even by many in the elite – hold enormous potential. The scope for progressive taxes, the chasing down of evaded tax, and the curtailment of laundered dirty money is huge. Even a miniscule wealth tax would provide a significant war chest for poverty alleviation, equality and survival.

As I pray for the success of the younger generations where mine has failed, I find encouragement in evidence that they understand the holistic nature of their challenge, and the system changes they will need to engineer. I see it in the speeches they deliver, the banners they carry on the streets, and the Green New Deal they espouse.  On behalf of my generation – those of us who have tried and failed, those who have only pretended to try, and those who have not even bothered – I wish them the wisdom, courage, and luck they will need for execution. And I apologise with all my heart.

While unemployment serves capitalism, it does not well serve society. Richard D. Wolff is professor of economics emeritus at the University of Massachusetts, Amherst, and a visiting professor in the Graduate Program in International Affairs […]

Gig Economy Project – ‘We are still fighting against Macron, only now at the European level’: Interview with Edouard Bernasse of the Collective of Autonomous Platform Delivery Workers (CLAP)

Skyrocketing gas prices, not EU climate policies, are to blame for the crisis on electricity prices hitting Europe. The only way to break our dependence on imported fossil fuels and their volatile prices is to […]