While Ukraine has received enormous aid from around the world since the Russian invasion began in February, open support for Russia should not be dismissed. 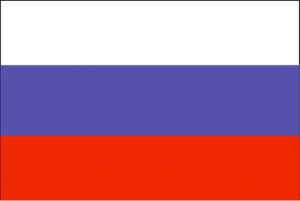 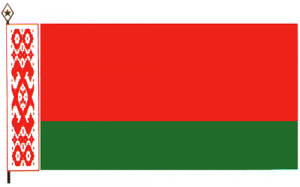 On August 24, Ukraine’s independence day, the U.S. provided a $3 billion military aid package to the country. The additional assistance adds to more than $80 billion worth of support that Kyiv has already received between January 24 and August 3, the majority of which was provided by the U.S., the UK, and the EU. In addition to gaining access to Western weapons systems, military data, and training, the Ukrainian armed forces have further been augmented by foreign volunteers serving in the International Legion.

With third parties caught aiding Russia risking the imposition of financial penalties by the U.S., open support for the Kremlin has been largely limited to rogue states already isolated from Washington and Brussels. Russia’s seclusion was documented in a UN Resolution on March 2, where 141 countries voted to deplore Russia’s invasion of Ukraine, 35 abstained, and just four—Belarus, North Korea, Syria, and Eritrea—supported the Kremlin.

Even most of Russia’s key post-Soviet allies belonging to its international organizations, the Eurasian Economic Union (EAEU) and the Collective Security Treaty Organization (CSTO), have avoided supporting Moscow. Kazakhstan, for example, a member of both institutions, took steps in July to begin exporting its oil across the Caspian Sea, bypassing Russian-controlled oil pipelines. This directly undermines the Kremlin’s strategy of restricting oil to Europe to compromise the region’s energy security.

The key exception among post-Soviet states has been Belarus. Over the last decade, President Alexander Lukashenko has steered Belarus further into Russia’s orbit. Enticed by cheap Russian oil and gas and lucrative transit fees as both these commodities continue on to Europe, Lukashenko has also increasingly relied on Russian security forces to enforce his rule—notably evident during the 2020 Belarusian protests.

Lukashenko’s response to the popular protests in 2020 essentially cut off all avenues for cooperation with the West. But growing Belarusian support for Russia against Ukraine has been evident for years. In 2017, Belarusian authorities detained a 19-year-old Ukrainian man who had traveled to Belarus and deported him to Russia to face terrorism charges. It was therefore no surprise when Lukashenko allowed Russian troops to invade Ukraine from Belarusian territory in February 2022.

Belarus has also repeatedly conducted its own troop movements near the Ukrainian border since the beginning of Russia’s invasion to distract Ukrainian forces. And though Belarus has not committed its armed forces to the Ukraine conflict, Russia has had access to a stream of foreign volunteers, largely from Europe, since Russia’s initial military action in 2014 in Crimea.

Russia’s volunteer strategy has evolved since the launch of Russia’s invasion. Though a far cry from Western think tank estimates of as high as 40,000 Syrian fighters making their way to Russia in March, hundreds of mercenaries from Syria and Libya, where the Russian military is also engaged, were active in Ukraine by April. Rotating allied forces alleviates the Kremlin’s need for more soldiers without resorting to conscription.

The Iranian government, meanwhile, declared in July that it supported Russia’s war in the face of NATO aggression. Heavily sanctioned by the West, Iran’s armed forces have been fighting alongside the Russian military in Syria since 2015. The two countries have also expanded bilateral relations through energy and weapons deals since the Ukraine invasion, building on years of growing ties in both these areas.

While Russia has typically supplied weapons to Iran, Russian forces have faced a drone deficit in Ukraine. Russian officials have allegedly repeatedly visited Iranian airfields in recent months to review Iranian-made drones, with the first shipments of these drones from Iran to Russia arriving in August.

According to U.S. officials, Russia asked China for financial and material assistance in March, but these accusations were denied by Moscow and Beijing. Both Russia and Ukraine have been using Chinese drones to target one another, prompting China’s Da-Jiang Innovations (DJI), the world’s premier civilian drone maker, to halt sales to both countries in April. However, Russians have continued to access AeroScope, a surveillance software used in DJI drones, to target Ukrainian DJI aircraft along with the position of the drone’s operator.

China has also provided the Russian military with significant aid along with electronic components and raw materials vital to sustaining its campaign in Ukraine. In June, five Chinese companies were accused of aiding the Russian military and were blacklisted by U.S. officials. Chinese military aid may accelerate following U.S. Speaker of the House Nancy Pelosi’s visit to Taiwan on August 2, which caused a significant downturn in U.S.-China relations.

Additionally, Chinese loans and access to its consumer markets, particularly in energy, have helped Russia cushion the blow of Western sanctions and falling exports. Despite China’s wariness over the threat of Western sanctions and comparisons between the Russia-Ukraine conflict and its dispute with Taiwan, Beijing’s cautious support for Moscow has been crucial since the 2014 annexation of Crimea and continues to help Russia sustain its confrontation with the West.

North Korea has also provided strong support to Russia, with Pyongyang recognizing Ukraine’s two breakaway republics in July. On August 15, Putin wrote a letter to North Korean leader Kim Jong Un proposing the forging of closer ties. This could include additional North Korean workers being sent to occupied Ukraine to help in reconstruction and other sectors. For decades now, North Koreans have traveled to Russia largely to work in highly competitive construction jobs in Siberia, with roughly 20,000 North Korean workers living there today.

Venezuela, Sudan, Cuba, Nicaragua, and other states harboring anti-U.S. sentiment have all reaffirmed their commitment to Russia since the invasion. But more subtle displays of support have come from around the world—even if countries remain cautious of inviting Western financial penalties and perceptions that they are harming Ukraine by supporting Russia.

The 35 abstentions at the UN vote in March represent more than half of the global population, and during a second resolution to suspend Russia from the Human Rights Council in April, 93 countries voted in favor, 58 abstained, and 24 voted against.

Distrust toward the West and acknowledgment of Russia’s position as a primary global energy and food supplier have incentivized sustained cooperation with Moscow throughout the world. India, for example, has continued to purchase weapons from Russia, as well as rapidly increasing its energy imports from Russia. Other Western partners and allies, including Turkey, have refused to take part in sanctioning Russia, alongside countries across the Global South.

Inconsistencies and a lack of clarity between Western states have, meanwhile, hampered the effectiveness of Western sanctions, but entities aligned with the West have also wittingly complemented Russia’s war effort. In June, the U.S. Commerce Department added financial actors from several countries, including Lithuania and the UK, to its list of blacklisted companies for helping Russia bypass sanctions and support its war effort.

Russia’s military campaign would also not be possible without the continued purchase of Russian energy by European countries since the beginning of the invasion.

Thus, while countries opposed to the U.S. order have been more open about their support for Russia, the Kremlin continues to receive, openly and subtly, substantial support from other states. This underlines the notion that the war in Ukraine continues to be a conflict between the West and Russia, with most other countries seeking to avoid being drawn in, and reinforces the influential role that Russia continues to play in global affairs.

Prime Economics Co-Director Jeremy Smith and PEF Council member John Weeks analyse the “bar room budget-brawl” between the Italian government and the European Commission, and argue that the Commission’s wrong-footed response threatens to strengthen the […]

Joining ‘tax cuts for growth’, the latest dodgy economics trend in the Conservative leadership contest is an obsession with the money supply. This might sound like an intuitive response to inflation, but it misdiagnoses the […]