Neither post-war social democracy nor globalised neoliberalism are going to come out of the current crisis without being seriously damaged. We need new and innovative forms of governing. 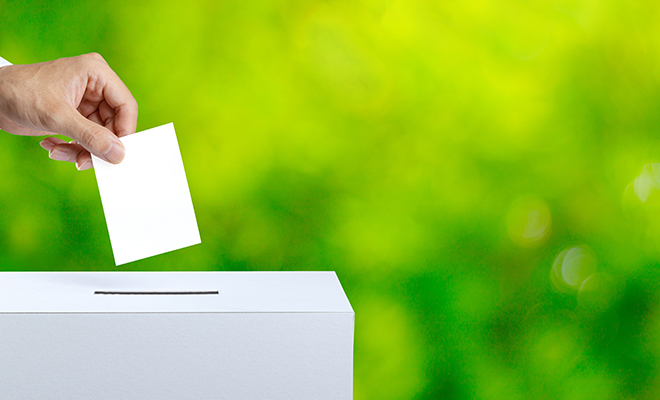 We are stuck between a struggling model of post-war social democracy and a failing model of post-Thatcher neoliberal economics. Where do people turn when both the options open to you promise significantly less than the future you deserve?

But first, is it fair to give up so quickly on both of these models, social democracy and neoliberalism? This is much easier to answer in the case of the latter; yes, it is wise to give up on neoliberalism, because everyone else is. When America starts to openly shun free trade in favour of explicit domestic protectionism, you can surely see the game is up.

Corporate domination has created the illusion of successful outcomes, but only if you don’t look too closely. Yes GDP grew, but despite the promises, that wealth didn’t make its way to you. Yes, efficiency increased, except things got much worse (those of you who were in airports over the summer will be well aware of what all that efficiency now feels like in practice).

You can privatise water and it takes 30 years until you properly realise that they extracted in profits what they should have invested in infrastructure. What looked like success was success – kind of. Just not for you, only for them. And the sheer damage it has done on the way is immense. Neoliberalism isn’t coming back in the form it was, but shameless corporate profiteering will never dissipate.

We can’t keep pretending that this is all OK. Nor should be be buying the idea that we’d all be back in the stone age if it wasn’t for all of those corporations – for every iPhone (a genuine innovation) there are dozens of other companies buying and extracting the value out of assets or other businesses, destroying them in the process.

So what about social democracy? It would be self-destructive to dismiss this model because it still serves us well, and definitely better than the alternatives – but there are big caveats. The problem isn’t the basic ideas of ‘from the cradle to the grave’ or ‘from each according to ability to pay to each according to need’. The problem is its patrician roots in the post-war era.

In the post-war model the concept of ‘public good’ is still embodied in a ruling class, just like under aristocracies and empires. What was different was the idea that you the citizen got to choose your ruling class. But once you did, you relied on that ruling class to act in your interests. Sometimes it did, sometimes it didn’t. Increasingly it doesn’t.

Simply put, ruling elites remain far, far too close to the financial and ownership elites – note how little effort it takes the Scottish Government to find money for steel or aluminium barons, for the pet projects of their ‘chief entrepreneur’ (£60 million and rising, a ‘job’ he got without interview), or for the oil industry.

And the powerful don’t struggle to get decisions either – landlords, landowners, volume housing developers, the energy companies that were just handed all of Scotland’s energy future for a pittance.

The dumb, almost binary nature of elections means that political parties now care little for what their own voters think, on condition that the other lot look worse (for their voters). Rank and file Tories don’t want Channel 4 privatised, but they want a Labour Government less, so privatise it is.

Same in Scotland; SNP voters most certainly do not want all of Scotland’s energy resources privatised, but so long as the SNP can keep persuading them that independence is just minutes away, privatise it is.

And these ‘political cartels’ create frankly corrupt systems to sustain them in power. We are working across four or five main policy groups in Common Weal just now and every one of them repots the same thing; the game is rigged in favour of anyone who will do the bidding of politicians and the ability to dissent is closed down because your funding relies on you being silent.

So do we just give up and go home? Are we doomed to live under the thumb either of a corporate global elite who will take anything from us they possibly can or a domestic political elite who will use power to protect their position no matter whether that is in the public good or not?

Not necessarily. The idea that the will of the public can only be derived by embodying it in the physical person of a politician (and let’s be honest, modern politics is about leaders and little else) is not a sustainable one. It is perfectly possible for people to express their will directly.

This is where Common Weal’s idea of ‘National Mutuals’ comes in. These would be companies in which every individual citizen of voting age would own one non-tradeable share. Each shareholder-citizen would then get to vote at AGMs, directly. They make choices about their companies, and then they live with the consequences of those choices with no-one to blame.

We could have ‘National Power Scotland’ and it could own all the wind turbines, hydro stations, energy storage, marine generation facilities and hydrogen plants. Each year a ‘digital AGM’ would be held. Using the kinds of technique which are totally routine in computer gaming you could be presented ways of making decisions which require you to be realistic about the full set of consequences.

If you reduce the cost of electricity then you have to accept that this will reduce future investment and so increase potential unreliability of energy supply. It is perfectly possible to make good decisions as large groups.

You could do the same for retail electricity. For telecoms. For postal services. For public transport. And it doesn’t need to be all citizens – a company running ferries could be owned by passengers, or island and coastal communities served. And it doesn’t just need to be areas traditionally seen as ‘public sector’ – a radical nation might choose ‘national mutual supermarkets’, or anything else they want to take public control of.

This model doesn’t work for everything. Where you have services with really complex and interrelating challenges and trade-offs (like the NHS) it becomes impossible to manage that complexity via direct decision-making by all citizens.

But this is only one example of a different kind of democracy. A Citizens’ Assembly overseeing the Scottish Parliament, the abolition of political patronage in governance, replaced with direct elections for the Boards of all those countless quangos, the compulsory use of participatory budgeting, the restoration of a real local democracy in Scotland so communities can govern themselves – Common Weal has set out lots of ideas that would change how our democracy works.

The all have one thing in common; they reduce the power of politicians and increase the power of citizens, and they escape the post-feudal assumption that the only way the public good can be enacted is by embodying the will of the people into one of three or four individual politicians you can choose between.

Confidence in democracy is in decline, and while there are some sinister reasons for this, there are some very legitimate ones too. Traditionally when people ‘defend democracy’ they are really defending the assumption of a political ruling elite. We will always need a government, elections are the best way to select that government.

But that is not the be-all and end-all of democracy and we should stop letting politicians persuade us that it is.

With a scandalous ruling, the German Constitutional Court not only calls into question the legal system of the EU, but also proves that it is totally incapable of understanding a multilateral economic order. Heiner Flassbeck […]

Inequality is not a natural phenomenon, it is a policy. Dean Baker is a Senior Economist at the Center for Economic and Policy Research (CEPR) Cross-posted from Dean’s Beat the Press Blog It’s good to […]

Brussels may find that its actions backfire, if it is felt to be interfering in national politics to boost its opposition allies. Aleks Szczerbiak is Professor of Politics and Contemporary European Studies at the University of […]