A good piece on inflation and what causes it. Far from a problem, moderate rates of price increase signal a healthy, expanding economy. 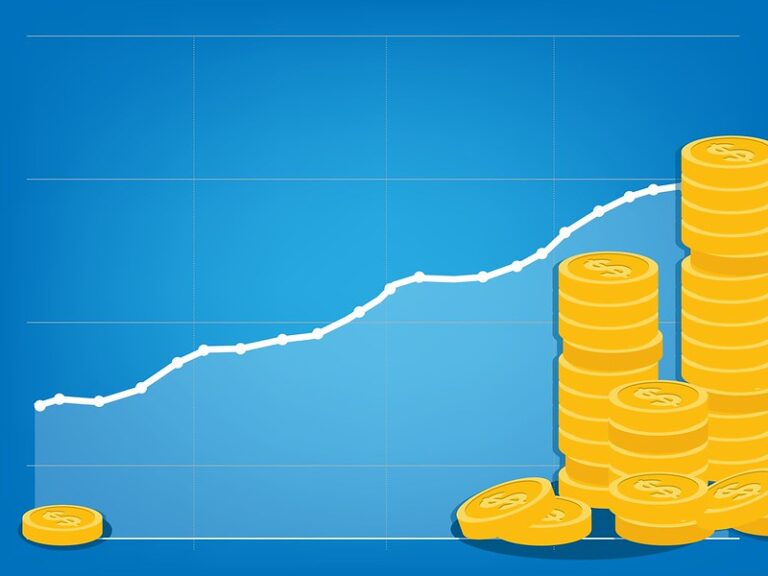 In a previous blog I explained the policy advantages of funding public spending by borrowing from the Bank of England (“monetisation” of deficits).  Many economists and the public consider that policy inflationary, “printing money”.  In order to dispel that misconception, it was first necessary to explain inflation itself.  With that done, I can go to the heart of the matter, the causes of inflation.

The prevailing image people have of inflation is frequently that of toy boats in a bathtub.  Water is money and the boats are prices.  Turn on the money tap and the boats (prices) rise.  That metaphor is wrong.  Prices are not equally inflatable, do they not all float with the same buoyancy, and money cannot be strictly regulated.  Price increases do follow a general rule, that they result from excess demand for the good or service in question.

Almost all inflationary pressures, a general rise in excess demand, have one of four causes: 1) cycles in internationally traded commodities; 2) exchange rate depreciation; 3) external debt-related excess demand; and 3) sudden loss of tax revenue.  In the United States over the thirty years 1990-2020 almost all of the general increase in the consumer price index of 2-3% annually resulted from changes in international fuel prices (Economics of the 1%, page 148),   The same applies to other developed economies including the UK and major EU states.  While presented as “inflation” in the media, fluctuations in international prices are more correctly viewed as price adjustments responding to the economic cycle.

Hyperinflation in developing countries frequently results from exchange rate depreciation, which itself follows from large trade deficits.  This type of inflation rarely occurs in advanced countries.  Infamous examples include the Indonesian inflation during the Asian Financial Crisis of the 1990s.  Large external debt payments are a closely related cause of high and hyper-inflation.  External debt service acts as an export for which there is no compensating import.  Exports generate foreign currency which is channelled abroad to pay interest and principle on public debt held by foreigners.

With no import to absorb the domestic income generated by the export, the national economy suffers from chronic excess demand unless the government runs a budget surplus equal to the debt service.  The budget surplus eliminates the excess demand, but at high social cost.  This process generated high inflation in the deeply indebted Latin American countries in the 1980s and 1990s.  Governments were loath to generate the necessary budget surpluses because of their depressing effect on output and employment.  The German hyper-inflation of the 1920s was a rare case of this process in an advanced country, caused by the large war reparations specified in the Treaty of Versailles and the French military occupation of the Ruhr.

Sudden loss of public revenue is related to debt-related inflation.  Historically this has occurred as a result of looming or actual civil conflict.  Chile in the 1970s and Zimbabwe in the 2000s are obvious examples.  After the election of the progressive Salvador Allende president in 1970 the wealthy in Chile in effect went on strike, not paying their taxes and undermining the expansion of the economy.  The politics of the disintegration of Zimbabwe’s civil society developed in a less clear cut manner, but reflected a process of social disintegration.

In summary, over the last four decades mild inflation occurred in most countries developed and underdeveloped in response to international price cycles, most often prices of hydrocarbons.  In contrast rapid inflation invariably results from one of three causes or the interaction of the three — exchange rate collapse, high external debt burdens and civil strife.

We should view the role of money in the inflationary process as passive, the policy or systemic response to the deeper causes.  Governments choose to cover strong inflationary pressures with monetary expansion in order to avoid what they consider a worse outcome of collapsing output and employment, even though the resultant hyperinflation may have the same effect.

For most advanced countries the low inflation rates of the last few decades should not fall into inflation terminology.  Price increases of 0-3% reflect international and domestic price adjustments inherent in dynamic economies.  Suppressing those price pressures results in economic stagnation and allocative inefficiency.  Treating any positive change in the consumer price index as inflation is practically and analytically wrong.

If as some have suggested the post-corona virus period brings a stronger role for trade unions, more vigorous expansion and innovation-driven productivity growth, we should expect higher rates of price increases, perhaps up to five percent per annum.  Should that happen it will reflect another general rule of market economies, that increased real wages occur during periods of moderate price increases.  That is because economic expansion itself creates upward pressure on prices while simultaneously reducing unemployment and strengthening bargaining power of employees.

Lorena Cotza, Ouafa Haddioui – The world’s food systems are in crisis, and big agribusiness is at its heart

Public finance has a key role to play in agriculture. Instead of propping up corporate interests, it should learn from local producers Lorena Cotza is the communications lead at the Coalition for Human Rights in […]

Richard D. Wolff – Why the Neoliberal Drive to Privatize Everything Is Running Out of Steam

Has there been a major paradigm shift or has capitalism made some temporary compromises to help itself out of its crisis? Richard D. Wolff is professor of economics emeritus at the University of Massachusetts, Amherst, […]

Shaun Hendy – How Much does Flying Contribute to Climate Change?

Planes can create clouds of tiny ice crystals, called contrails, and some studies suggest they could have an a significant effect on climate. from www.shutterstock.com, CC BY-ND Shaun Hendy, University of Auckland The flight shaming […]