Fed interventions intensified at the beginning of December, and may in fact be the seed of an emergency programme to make up for the lack of liquidity among some financial institutions. 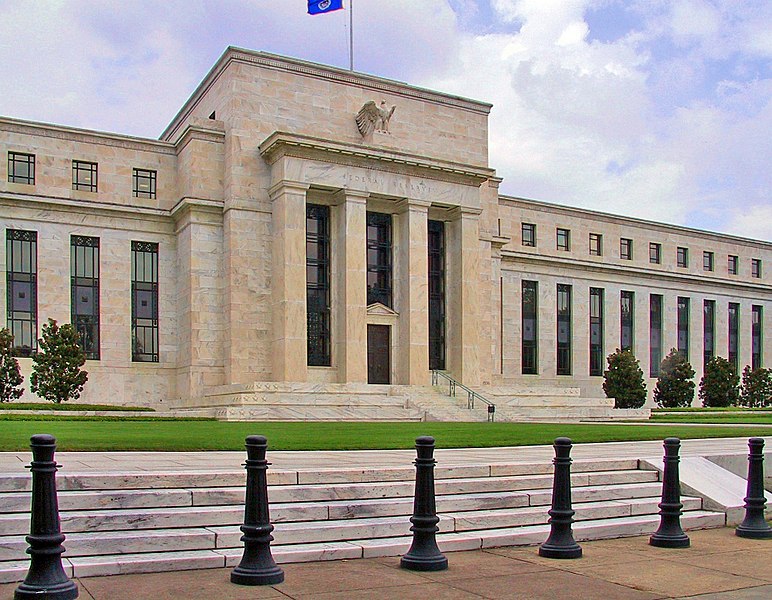 Something is not working in the global interbank markets. From these lines we have detailed certain worrying trends around systemic banking. The latest, a news item that has gone unnoticed by the common man. In recent months the US Federal Reserve has increased its interventions to support and guarantee liquidity in the market for temporary purchases of debt securities (repos), the most used by banks and large companies to obtain short-term working capital. This is the leading instrument in the money market and at the same time the most important in guaranteeing the financial stability of the system. The interventions of the FED, which were initially punctual, were intensified at the beginning of December, and may in fact be the germ of an emergency programme to make up for the lack of liquidity among some financial institutions. What if the actions of the shadow banks are in the background, and it is simply a game of the rich?

Shadow banking is a concept coined by PIMCO economist Paul McCulley back in 2007, before the Great Recession, who described it as “the whole jumble of structures, vehicles and other leveraged non-bank investment instruments. It has to do with money market financing of loans made in the capital market. In this way it builds bridges between markets that differ significantly, both in terms of the time horizon and in the degree of formality and risk. It includes entities that are dedicated to transforming maturities, although they do not follow the same process as traditional banking. Instead of using short-term liabilities to finance long-term assets (loans), shadow banking uses securitization and financial engineering to convert short-term liabilities of individuals and firms (mortgages and other types of debt) into short-term instruments (securities and derivatives based on such debt). This is not only a maturity transformation but also a liquidity one, by converting illiquid securities (mortgages and medium- and long-term fixed-income assets) into marketable instruments that can be bought and sold in the short term.

These instruments respond to the demand for liquid investment vehicles from various actors with a high availability of cash: business groups, individuals with high net worth, insurance companies, pension funds… These are entities that seek performance from cash, but want greater flexibility in withdrawing it than that provided by long-term investments. Shadow banking, in short, satisfies the demands presented by actors with high availability of cash, encouraging individual and corporate loans, reducing their cost by securitising debt. While traditional banking promotes productive investment, since it is based on short-term savings and long-term investments, the general interest of shadow banking is more than dubious. The question is that the transformation of long term debt into short term debt materializes via repos. Will the Fed now be protecting shadow banking?

While traditional banking relies on capital requirements and public support mechanisms to generate confidence, this does not exist in shadow banking, where confidence is based on collateral. The problem is that, in a systemic crisis like the Great Recession, curiously exacerbated by shadow banking itself, collateral assets, unlike a government’s bank deposit protection insurance, depreciate rapidly. When the crisis occurred, shadow banking was highly leveraged so that as the value of collateral decreased, it faded. Its effects had important consequences also for the European sovereign debt crisis. Shadow banking behaves pro-cyclically, making credit unduly cheap in good times and exacerbating systemic vulnerability during times of crisis.

Shadow banking is trying to square the circle at our expense. It has been, and is, an important space for avoiding the regulatory environment, seeking rents and having access to financial safety nets provided by public institutions, such as central banks. The propensity of shadow banking to rent-seeking is well documented and is supported by the extension of public mechanisms that protect it. There is a clear relationship between shadow banking and economic inequality: on the one hand, a limited number of agents and entities with a high availability of cash seeking economic returns; on the other, a population increasingly dependent on debt. Shadow banking is one more reflection of the growing trends of inequality, and represents the global culmination of a long march towards deregulation and the awarding of credits increasingly in the hands of private entities that nobody regulates and supervises.

In the face of all this jumble, there is an urgent need for clear regulation of all banking and a commitment by governments to intervene in the creation and allocation of credit. Will the Fed’s intervention in the repo market provide the ultimate protection for the games of the rich? We shall see.

Rather than Robin Hood, our hero is the financial analyst Robin Brooks, who from the heart of the institutions of power is waging a campaign against using dubious estimates to make judgments on budgetary policies, […]