Bulgaria has held three parliamentary elections in 2021, with the latest vote taking place on 14 November alongside the first round of the country’s presidential election. In the second round of the presidential vote, held on 21 November, incumbent President Rumen Radev was re-elected for another five-year term. Kjell Engelbrekt and Petia Kostadinova write that amid widespread frustration with the country’s political leaders, there is now a mandate for a new government to implement real change.

Petia Kostadinova is an Associate Professor in the Department of Political Science at the University of Illinois at Chicago. 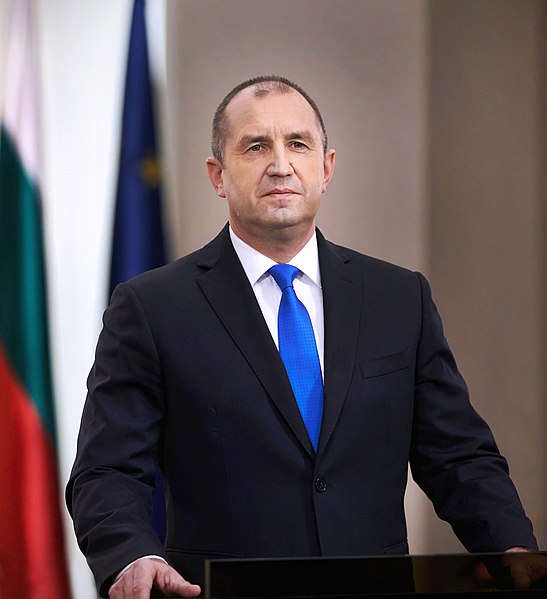 On 14 November, Bulgaria held parallel parliamentary and presidential elections. This was the third time in eight months that a parliamentary election had been held in the country. The big picture remained almost the same as after the previous two polls, with as many as seven parties having passed the four per cent hurdle required to gain representation.

Several well-established parties were nevertheless defeated by new contenders, one of which was created just two months ago. We Continue the Change (Prodalzhavame Promyanata) managed to push the formerly dominant centre-right GERB into second place by outlining a more progressive and pragmatic vision for Bulgaria. This has helped shift the political landscape slightly to the left.

Overall, the elections that have been held in November tell us three things of significance. First, Bulgaria remains a country characterised by electoral volatility. With roughly a quarter of the parliamentary vote, We Continue the Change seems poised to wrest power out of the hands of GERB and former Prime Minister Boyko Borisov, who has been the country’s most influential leader during the past decade. The new party was hurriedly built around Harvard-trained economists Kiril Petkov and Asen Vasilev, who have served as leading members of a caretaker cabinet for the past four months.

Second, President Rumen Radev – a former Air Force General – continues to enjoy broad support. This was confirmed by Radev’s re-election in the second round of the presidential vote on 21 November. Radev has now been reconfirmed for another five years as President – a role that is primarily limited to foreign and security policy. Moreover, as the person who appointed the caretaker cabinet after the two inconclusive parliamentary elections in April and July, voters appear to have endorsed the way he addressed the political stalemate.

Third, voter turnout in the 14 November elections remained at the same level as in July, just above 40 per cent, which is a historical low. Frustration with a political class asking people to vote three times during a raging pandemic, in the middle of November with daily death tolls reaching 200-300, is palpable. Notably, voters abroad were more active than at any time in the past, with a record 782 voting locations in sixty-eight countries. The elections confirmed the continued political relevance of the Bulgarian diaspora, especially in the United Kingdom and Turkey. While the vote from Turkey as usual favoured the Movement for Rights and Freedoms (MRF), led by Mustafa Karadayi, European and North American expats tended to support We Continue the Change.

The parliamentary arithmetic is almost as complex as it was following the previous two elections, but there is now a hypothetical opportunity for a coalition that excludes GERB and very likely the MRF as well – two parties that are now widely viewed as tolerating or enabling widespread corruption. The two major challenges in the next few weeks will be to pass a budget for 2022 and to negotiate a parliamentary coalition that can sustain a cabinet, at least for a period long enough for key reforms to get underway. Commentators are more apprehensive about the prospects for a newly formed cabinet to carry out a full four-year mandate.

The diverging platforms of the other three or four parties that must endorse a cabinet led by We Continue the Change will be one of the most serious impediments to progress in the upcoming negotiations. Another is the political self-interest of these parties, who risk being perceived as auxiliary to whatever success a government led by Petkov and Vasilev can achieve in the coming months and years.

The new Bulgarian government must face several acute challenges, among which low Covid-19 vaccination rates (below 30 per cent), steeply rising electricity and heating bills (in the EU’s poorest country), and a revival of the economy are at the forefront. Institutional reforms are required for confidence in the judicial system to be restored, and corruption needs to be addressed.

Meanwhile, geopolitical friction in the Black Sea following the Russian Federation’s greatly enhanced military presence in Crimea, accompanied by competition in the energy sector and information warfare, makes Bulgaria one of several important battlegrounds in Southeastern Europe. The stakes for the EU and NATO have been rising at the same pace as Bulgaria’s parliamentary crisis has deepened and enveloped the political system at large. Yet in light of the increasingly difficult issues that decision makers in Brussels have had to manage in the EU’s relations with Poland and Hungary, the appetite for addressing institutional paralysis in Sofia is virtually non-existent.

Left to its own devices and with an increasingly frustrated electorate, Bulgaria and its political leaders now have a choice to make. They can continue to cater to the interests of vocal stakeholders and pursue narrowly partisan or personalistic party objectives, or they can drop those ambitions and engage in serious negotiations on substance as well as on an adequate formula for governing the country.

Marshall Auerback – The European Union May Not Survive the Euro

Actually the  EU court’s decision only benefited the 1%. The other 99% pays for this wealth extraction. Liz Nelson is a director at TJN and heads its programme of work on tax justice and human […]