In his article Kostas Kalloniatis argues that the situation in Greece not as bad as claimed by Sergio Cesaratto and Stavros Mavroudeas in their article “Revelli, SYRIZA and Render unto Caesar the things that are Caesar’s…” in BRAVE NEW EUROPE.

There were no English translations for some of the links, so we decided to still provide access to the Greek orginals. We apologise for any inconvenience – The editors of BRAVE NEW EUROPE 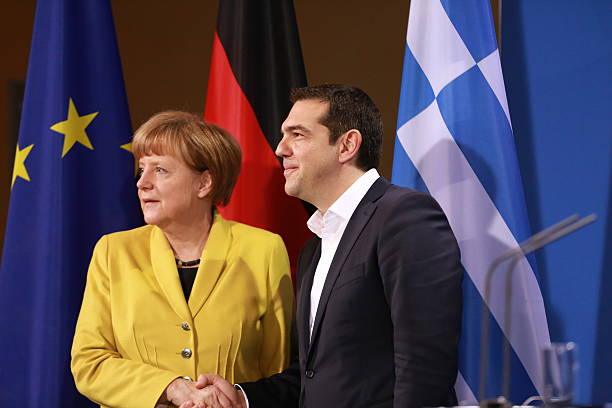 This article constitutes a critique to a critique by economists Professors Sergio Cesaratto and Stavros Mavroudeas who tried to deconstruct Professor Marco Revelli’s positive assessment of SYRIZA’s governance. Their response was provoked by Revelli’s accusations of Tsipras left-wing critics (like Cesaratto who characterized Tsipras as traitor and spoke of SYRIZA’s economic policy failure) as pseudo-left and nationalist, serving the purposes of the conservative Right.

We believe that everyone has the right to express his / her opinion, and that the public debate cannot be based on similar descriptions and aphorisms (pseudo-left, nationalists or traitors). Nor can it be based on incomplete or false elements that lead to misinformation. While it is true that Tsipras tried but failed to implement his original program to exit the Memorandum and end austerity policies and has been reconciled with the troika, it is also true that he has made some remarkable changes in the economy while trying to redistribute the burdens of austerity to society for weaker income classes.

Cesaratto and Mavroudeas article does not recognize any improvement in any field. We disagree and focus our criticism on 10 points in which we believe the two writers have slipped into unscientific estimates.

It is correct that medical services remain underfunded and with a great shortage of staff. That is why the government has decided this year to employ 1,200 permanent workers in hospitals and Health Centers throughout the country in posts and specializations that currently are being covered by other auxiliary staff.

Apart the fact that thousands of nurses were recruited by the current government in reopened hospitals, “two million Greeks returned under the umbrella of the national health system” as Revelli rightly points out.

In addition, government-funded healthcare expenditure declined by -41% in 2009-2014, but increased 5% on SIRIZA-ANEL (2014-2017) governance on a clear reversal of the previous trend and although the country was in a memorandum. Also, per capita total health expenditure in the first period decreased by -36%, while during the second increased by 7%.

According to the General Secretariat for Trade and Consumer Protection, the protection of main residence continues to apply to heavily indebted natural persons who do not have the commercial status through their inclusion in Law 3869/2010, which, following legal amendments, provides absolute protection for the debtor’s main home permanently provided he is unable to make payments to all creditors (banks, individuals, companies, etc).

Henceforth, accelerating house auctions is not for any deterrence of public resistance as presumed, but for the simple reason that if the balance sheets of banks are not alleviated, there will be no restart of the necessary bank financing for businesses that want to invest and development will be lacking momentum.

The tax cut is a reduction in tax deduction and does not constitute any new tax. The government has committed itself to gradually reduce taxes accordingly to progress on fiscal space creation.

As regards the worsening of the income distribution estimated by the authors, official data refute them: during 2009-2014, the index of uneven income distribution (Gini) rose by 4.2% and the income quintile share ratio (S80 / S20) increased by 12%, while in the period 2014-2017 both indicators declined -3.2% and -6.2% respectively. Instead of the estimated worsening by the writers, there was a clear decrease in income inequalities by SYRIZA.

The writers accuse Revelli of sophistry. But sophistry or misconception is to charge SYRIZA with previous PASOK-ND government performance and not to recognize any progress made on its governance. Misconception is the flattening of all policies during the crisis based on the limitations of the Memoranda, without any distinction being made in the policy mix or reforms. Misconception is not to balance but arbitrarily compare reforms weight among the first two and the third Memorandum, concluding that the work of SIRIZA was easier and lesser, when it is well known the underground war which was unleashed by the status quo (domestic and international) towards the first Greek left-wing government, treated as a “left parenthesis”. Misconception is to attribute economic recovery solely to market automation and the economic cycle, which in Greece’s case has been completely circumvented as professors themselves confess. Misconception and full adoption of ND’s argument is that “positive growth rates were to be seen” in 2014, when investments declined by -5% and reforms in social security, VAT etc. had been abandoned, hence the stoppage of troika quarterly reviews and the non-conclusion of the Memorandum. Finally, the government has never claimed with complacency that the return to development guarantees strong and long-term growth.

It is rather strange that the two economics professors disregard two significant structural factors that burden Greece’s economy growth potential, the overthrowing of which takes time and prevents reactions of a ‘compressed spring’ type: these are the high public and private debt levels, and the distorted production structure of the economy based on consumption and the manufacturing of non-internationally traded goods. Add to these the creditworthiness of an almost bankrupt economy, and maybe one can see why SYRIZA’s policies to achieve primary surpluses (whose targets have been reduced compared to those of ND-PASOK government) and to plan economic restructuring, have a stabilizing and developmental character and why a 2% medium-term growth is not trivial in today’s global situation of international market turmoil and geopolitical risks.

As for the exit to the markets, it is not a fraud, because debt refinancing  outside Memorandum means you must resort effectively to international private markets by previously gaining investment confidence and having opened your economy to foreign competition, which during the crisis started to build through the implementation of structural reforms, the management of public property and the increase in exports (the percentage of goods and services exports to GDP increased from 19% in 2009 to 34% in 2018).

The professors´ article, questions the sustainability of debt, citing the IMF DSA report, arguing that SYRIZA did not negotiate a debt relief. But they don’t acknowledge the fact that the IMF’s Debt Sustainability Analysis concludes that debt is sustainable until 2038! They don’t mention the debt relief measures provided by ESM (restructuring debt maturity, decreasing interest rates and imposing a cap on Gross Financial Needs), that according to ESM estimates are equivalent to a debt reduction of 55%.
As it is known long-term sustainability forecasts are very sensitive to the macroeconomic and financial assumptions used. For this reason, markets and investors base their investment decisions on official international organizations reviews, such as the IMF, ESM, creditworthiness agencies etc.
All the above institutions positively appreciate the medium-term debt sustainability. The debt relief measures taken in conjunction with the substantial cash buffer accumulated by the authorities as well as the Euro group’s commitment to implement long-term debt relief measures after 2032, if proved necessary, mean that the country is gradually returning to regularity and international markets.

The authors clearly suggest that enhanced surveillance will be permanent and that it is a new program. However, strengthened supervision will last only 6 months and European Commission clearly states: “Enhanced supervision is neither a continuation of the current program nor a new program… enhanced surveillance does not include new conditions. The commitments undertaken only concern the completion of a series of reforms already initiated by Greece under the Stability Program”.

Certainly, a true left-wing government in Greece has to confront the EU. Not to risk the situation of sliding into a state of insolvency and national isolation, but to help the Union and mostly its people to secure inclusive growth, equality, prosperity, and fair living conditions. This policy means that texts, institutions and treaties have to be improved (see asymmetries of monetary and economic union, North-South inequalities, absence of democratic functioning and institutional control, incorrect fiscal adjustment and migration policies etc.). That’s how economic and social conditions will also be improved for working people and peripheral countries like Greece.

Those who attribute the plight of Greece exclusively to EU policies, or EMU design and the assignment of critical economic policies to it seem to disregard five essential factors: Firstly, the economic crisis is not due to the undoubtedly outdated today and therefore problematic European architecture, but to global economic imbalances of the capitalist system. Secondly, precisely because the crisis has global dimensions, the problems that arise also demand global solutions and can’t be dealt with on a national scale (see deindustrialisation which started before the EEC creation, or climate change, the immigration crisis etc). Thirdly, if Greece leaves EU, it will geopolitically tend to identify with a third-world country seeking angrily allies to face the threat of war (see Turkey’s aggressiveness). Fourthly, those who propose Grexit forget to evaluate where led us the nationally independent economic policy of the past. Fifthly, the proposal of a ‘true left and nationally independent governance’ should be based on a prior appraisal not only of the costs of staying in or the benefits of leaving the EU, but also of the benefits of staying in the EU as well as the costs of the exit (see Brexit, or even Argentina’s return to the IMF). Perhaps then one would discover that things are much more complicated than first thought

In conclusion, we do not have any ‘growth leap mechanism’ to boost the economy out of all the problems and pathogens which have been accumulated and burdened it over time in order to celebrate the return to prosperity. However, we have accomplished the conclusion and therefore the exit from the Memoranda of Understanding and there are solid proof of the recovery of the economy shown clearly by most economic and social indicators, so that we can finally argue about a difficult but in general successful, with all the shortcomings, management of the economic crisis by SYRIZA.

Many economist have been claiming that the International Monetary Fund has learned from its past mistakes, especially as it has recently published papers pointing this out and promising change. Change however never comes, as we […]

The environmental protest group has said it wants to highlight the role of the City of London in financing fossil fuels around the world. By Adam Barnett Cross-posted from DeSmog UK Hundreds of climate activists […]

While a way is being sought to radically reduce CO2 from flying, the airline industry once again demonstrates it has no intention of changing its policies. Dan Rutherford is Program Director at ICCT Cross-posted from […]