“Katowice was the real Munich and the feeble UN accord the equivalent of the piece of paper Chamberlain brought back home with him from his meeting with Hitler. Appeasement doesn’t work and merely delays necessary policy action.”

While most progressive economists have lost the plot and have thrown academic stringency overboard in favour of London hysteria, Larry Elliot has managed to keep his eye on the facts. 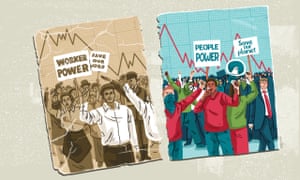 Simon Wren-Lewis: The economic and political cost of UK austerity

While George Osborne is crowing about the success of austerity, Simon Wren-lewis examines the high costs of Osborne’s failed economic policy. Read here

Los Angeles County sued Monsanto Co on Thursday, seeking to force the unit of Germany’s Bayer AG to help pay for reducing PCB contamination in dozens of bodies of water. Thus the series of lawsuits […]

There is one aspect of Libra that should worry everyone – and almost nobody is talking about. Read here BRAZIL – 2019/06/24: In this photo illustration a Facebook Libra logo seen displayed on a smartphone. […]