If economies are to be ‘rebalanced’ away from speculative activity and towards productive investment, policymakers must challenge the close political alliance between global finance and the major accountancy firms

Manolis Kalaitzake is Postdoctoral Researcher, Max Planck Institute for the Study of Societies 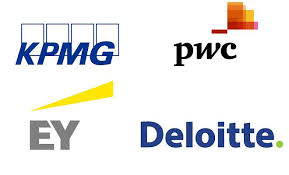 Recent research shows that financial actors are better able to secure their policy preferences when they can rely on the political support of allies from outside of the private financial industry—be it non-financial corporations, central bankers, regulators, or the media. Completely overlooked, however, is the role played by the Big Four accountancy firms: PwC, Deloitte, Ernst & Young, KPMG. These firms are ubiquitous within financial sector policymaking where they offer consulting expertise across a range of areas including capital markets, banking, asset management, taxation, and regulatory compliance. Importantly, these services are sold to both the official sector and the private sector, with the Big Four firms presenting themselves as unbiased providers of objective information.

However, there are compelling reasons to be dubious about their claims of political neutrality. Liberalising trends in the accountancy profession over recent decades have radically altered their commercial priorities whereby there is now less of a focus on traditional auditing work and a growing orientation towards (finance-related) management consultancy. As such, the Big Four have clear material incentives to support the expansion of global financial (and capital) markets. The Big Four generate enormous profits by advising companies on how to best navigate the world of finance, involving the handling of M&As, IPOs, securities trading, treasury fund management, and leveraging capital for share buybacks. Moreover, as revealed by Lux Leaks, and the Panama/Paradise Papers, the Big Four are central players in the construction of tax strategies to help their clients evade state authorities. Importantly, the Big Four are not just passive facilitators of financialisation, but actively work to proliferate the phenomenon as key promoters of new managerialist reforms in the public health sector, schools and universities, local government, and other areas of state responsibility.

By now, the Big Four derive the large majority of their revenue—approximately 65% of their combined total income—from consultancy and tax advice. In 2017, Deloitte—the largest of the Big Four—generated more than three quarters (76%) of its annual revenue from non-audit related activities, while PwC, EY, and KPMG generated 58%, 63%, and 61%, respectively. Year-on-year growth in management consultancy far outstrips the growth in auditing: from 2009 to 2013, consultancy services grew by 27% across all the Big Four firms, contributing $14 billion worth of revenue, while auditing services provided just $3 billion. Indeed, the Big Four are now the largest consultancy firms in the world with a combined total of 40% market share, and each beating out household names such as McKinsey, Boston Consulting, and Accenture.

Crucially, financial firms are the Big Four’s largest clients by a substantial margin. In 2017, the two largest accountancy firms, PwC and Deloitte, derived 32% and 28% respectively of their total revenue from the financial sector ($22.7 billion in total). Meanwhile, Big Four income generated from governments and the public sector constituted just $7.5 billion—approximately a third of the income generated from financial sector clients.

This material dependence on the growth of finance has a profound impact on the Big Four’s political leanings as demonstrated through their multifaceted activities within policymaking battles. One well-documented example is the European Financial Transaction Tax (FTT) where the Big Four acted vigorously to promote the defeat of this measure. For instance, the Big Four operated as a conduit for relaying the   objections of financial associations who were side-lined during the initial policy construction due to concerns over their lobbying power. Big Four professionals also engaged in the EU’s open consultation process to argue against the charge, while PwC developed an extensive FTT literature review at the behest of multiple private financial associations. Unsurprisingly, the document strongly emphasised the potentially negative impact of the FTT and reiterated the salient concerns of the financial sector.

Crucially, the Big Four also advised financial firms on tactics, arguing that a watering down approach through pushing for FTT exemptions in different sub-sectors would be a fruitful political strategy. This strategy aligned with the Big Four’s extensive tax mitigation efforts, in which they designed various techniques through which the financial sector could minimise exposure to the charge. In this respect, the ostensibly disinterested technical assistance of the Big Four was imbued with policy implications, as the more EU policymakers believed the charge would be circumvented by financial firms, the less willing they were to push for it to be implemented. This is precisely what occurred in the case of the FTT as countries eventually split over what exemptions to include, whether or not the policy would generate adequate revenue, and how effective firm relocation and evasion techniques would be.

Similar dynamics in the political actions of the Big Four are evident in areas such as the Alternative Investment Fund Managers Directive, actions related to the OECD-led Base Erosion and Profit Shifting initiative, and indeed, the EU’s current Capital Market Union project.

What can be done to address the political challenge of a Big Four alliance with finance? One immediate response is for policymakers to evaluate the assessments of accountancy professionals with considerably more scepticism. This could also lead to regulatory agencies moving away from the practise of commissioning work by the Big Four in favour of other, more independent consultancies, and perhaps relying more on in-house, state-generated studies.

Nevertheless, in thinking systemically about the issue, it is important to remember that such political biases did not always exist. Before the onset of economic liberalisation, and throughout their history, accountancy professionals played a far more legitimate role in guarding the public interest against fraud, corruption, and predatory capitalist practises. Indeed, this “watchdog” reputation is the very basis of accountancy firms’ privileged oligopoly rights and relative autonomy from state interference, and it is this public good character that must be renewed. As such, one decisive way of severing the perverse commercial incentives and the tight politico-economic alignment between the Big Four and the financial sector is to radically restructure the accountancy industry: namely, by forcibly separating the auditing side of the business from its consultancy services. Such a measure would require bold political action on the part of political leaders, but it is an essential step towards protecting the public interest and advancing the democratic functioning of contemporary economic/financial governance.

In Norway’s elections last week it looked like a repeat of the previous election. Not so writes Asbjørn Wahl By Asbjørn Wahl, Norwegian trade union and political activist   The centre-left failed to remove […]

In the meantime the weak minority government of the Social Democrats needs the votes of the Catalan indpendence parties to pass its budget. There may be some creative real politik providing a solution to this […]