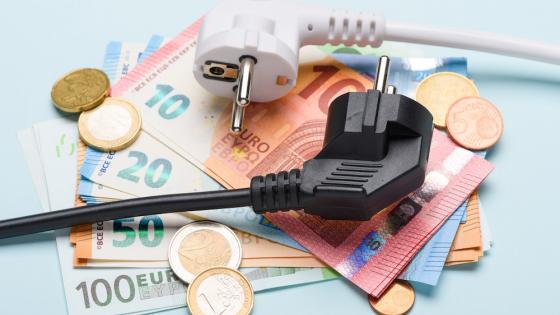 Though Russia’s invasion of Ukraine has wreaked havoc on the global economy – particularly the economy of the EU – energy companies have largely benefited. This column proposes a modern way to tax the energy industry’s excess profits. Targeting increases in market capitalisation would create a tax much harder to avoid than standard excess profit taxes, while making it possible to capture rents irrespective of where multinational companies book their profits. The authors estimate that with a tax rate of 33%, the EU could collect around €80 billion in revenue.

The Russian invasion of Ukraine in February 2022, and the ensuing war, brought hardship to the global economy and to the economy of the EU in particular. The upsurge in energy prices – with oil prices rising from about $70 in 2021 to a high of $120 in June 2022 – dramatically increased firms’ input costs and households’ energy expenditures. For some companies, however, this conflict came as an opportunity. The market capitalisation of European energy companies has grown by close to 15% since the beginning of the year, while declining by around 20% on average for European companies in other sectors (see Figure 1).

In light of these recent developments, policy makers have considered taxing windfall profits from the war. Greece, Hungary, and Romania introduced temporary taxes on electricity generation between 2021 and 2023. In March 2022, Italy introduced a tax on windfall profits of 25% on some energy companies, while the UK introduced an Excess Profits Levy in May 2022. In her State of the Union address delivered in September 2022, the president of the European Commission, Ursula von der Leyen, proposed a temporary solidarity contribution on excess profits generated from activities in the oil, gas, coal, and refinery sectors.

We estimate that a 33% tax on the 2022 increase in the market capitalisation of energy firms headquartered (or with sales) in the EU would generate around €80 billion in revenue for the EU, the equivalent of 0.4% of the EU GDP, or half the 2022 EU budget.

Our proposal modernises traditional excess profit taxes and adapts them to the economic realities of the 21st century. Today, a large share of output is produced by multinational companies that can shift profits to subsidiaries in low-tax territories. Tørsløv et al. (2022) show that 36% of the profits made by firms in countries other than their headquarters’ are shifted to tax havens globally, a phenomenon that has dramatically increased since the 1970s (Wier and Zucman 2022). This complicates the taxation of profits.

Our proposal has two main advantages relative to standard excess profit taxes. First, because stock market capitalisations are observable and hard to manipulate, the tax we propose would be easy to enforce. Companies would not be able to avoid it by shifting profits to tax havens.

Second, this tax would capture all rents earned by energy firms, including those earned from oil and gas extraction (‘upstream activities’), as opposed to only rents on refining and other ‘downstream activities’. The latter are those mainly targeted by other excess profit taxes currently discussed in the EU, such as the temporary solidarity contribution proposed by the European Commission in September 2022.

Because the tax we propose is much more comprehensive, it would generate about three times as much revenue as this solidarity contribution: €80 billion versus €25 billion for a tax rate of 33%.

How would the tax work in practice? For energy companies headquartered in the EU, we propose that the EU taxes 100% of the increase in market capitalisation from 1 January 2022 to 31 December 2022.

For energy companies headquartered outside of the EU, the rise in market capitalisation would be apportioned to the EU proportionally to the fraction of global sales made in the EU. For example, if the market valuation of a non-EU gas producer rose by €100 billion in 2022 and the company made 20% of its sales in the EU, then €20 billion would be subject to taxation in the EU.

Thus, the tax would ensure a level playing field between EU and non-EU firms by targeting not only European firms, but also companies that extract oil and gas outside of the EU and sell to EU consumers. This is critical to effectively redistribute windfall profits and address the hardships caused by surging energy prices.

The tax we propose is straightforward to administer. It could be collected by Securities and Exchange commissions in each country, which already collect fees on listed companies. It is hard to avoid, because market capitalisation is readily observable and cannot be manipulated.

This tax would also complement the temporary solidarity contribution proposed by the European Commission, as the risk of double-taxation is very limited. A standard excess profit tax capitalises into stock prices and reduces stock market valuation, and therefore the base of the tax we propose.

Innovative tax instruments have often been developed in times of war. The instrument we propose responds to the specific circumstances of the current crisis, and to the practical challenges of taxing multinational companies in a globalised world.

If one feature of any truly revolutionary moment is the complete failure of conventional categories to describe what’s happening around us, then that’s a pretty good sign we’re living in revolutionary times. David  Graeber is […]

João Paulo Batalha – The politics of justice: a watershed moment for Portugal and Angola

The justice systems in many European nations have little to do with justice, serving the interests of those in power. Portugal is no exception. João Paulo Batalha is a social activist and founding member of […]