Monetary tightening is no longer required to create recessions, given the existence of fragile credit structures and a growing pandemic out of China.

Marshall Auerback is a market analyst and commentator 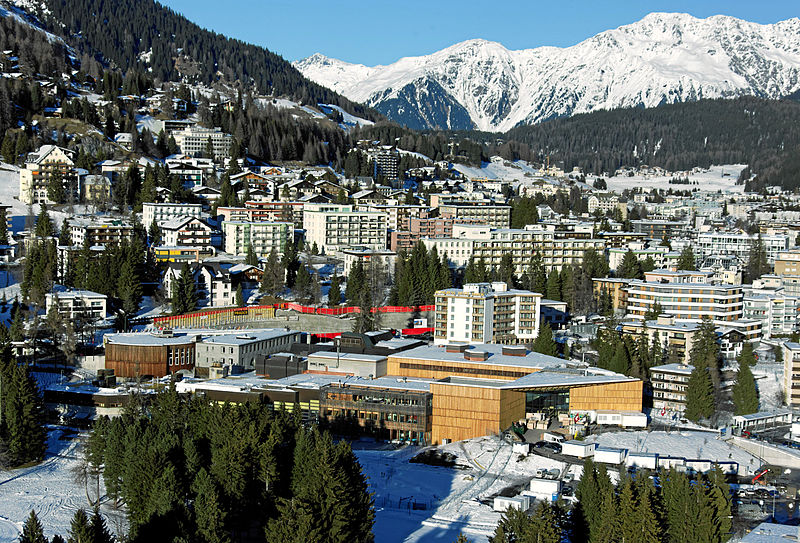 Can runaway booms descend into busts absent monetary tightening by the world’s central banks? I pose this question in the wake of an extraordinary exchange on January 22 at Davos between Bloomberg editor-at-large Tom Keene and Bob Prince, co-CIO of Bridgewater Associates, in which the latter posited the notion that “we’ve probably seen the end of the boom-bust cycle.”

It is striking that one of today’s titans of finance has given us what appears to be another version of “this time it’s different,” which the famous investor Sir John Templeton once described as “the four most expensive words in investing.” My own basic take has been that the U.S. economy over the past three years has been weaker than the underlying quantitative data suggests and that there is ample historical precedent to suggest that credit cycles can end, even in the context of a low interest rate environment, notably via a deterioration in the quality of credit itself, as the great economist Hyman Minsky once explained in his financial instability hypothesis. The truth is that for decades, the U.S.—indeed the entire global economy—has been characterized by an economically unsustainable model in which larger and larger portions of GDP gains have been going to a smaller number of people at the top (who also have a higher propensity to save than people with lower incomes, which means the “trickle-down” effect is minimal to nonexistent). Wage gains also appear to be leveling off, which could have ominous implications for sustainable future growth. Yet many investors like Prince seem to accept today’s buoyant asset bubbles as a given in the absence of a concerted effort by the central banks to “take away the punch bowl just when the party gets going” (in the famous words of former Fed Chairman William McChesney Martin), via higher interest rates.

In the words of Bob Prince (quoted in Doug Noland’s Credit Bubble Bulletin):

Bloomberg’s Tom Keene: “Is it the end of the hedge fund business in modeling portfolios off the guesstimates of what central banks will do?”

Prince: “That won’t play much of a role nearly as it has. You remember the ’80s when we sat and waited for the money supply numbers. We’ve come a long way since then… Now we talk 25 plus [BPS Fed rate increase], 25 minus. We’re not even going to get 25 plus or minus and we got negative yields. That idea of the boom-bust cycle—and that history that we’ve been in for decades—is really driven by shifts in credit and monetary policy. But you’re in a situation now where the Fed is in a box. They can’t tighten, and they can’t ease—nor can other central banks, particularly the reserve currencies. And so where do you go from here? It’s not going to look like it has.”

Prince goes on to acknowledge that “cycles in growth are caused by the boom and bust in credit: Credit expansion, credit contraction,” but makes the assumption that “those expansions and contractions of credit are largely driven by changes in monetary policy.”

That may have been the case for much of the post-World War II period, but if we look back further, there is evidence to suggest that Prince’s hypothesis is another variant of the dangerous “this time it’s different” truism.

Why have so many people gotten this wrong?

The misconception probably stems from a famous statement made in 1997 by the MIT economist Rudi Dornbusch: “None of the U.S. expansions of the past 40 years died in bed of old age; every one was murdered by the Federal Reserve,” and this was more or less true of the U.S. economy from 1946 until the 2000s.

But then economic dynamics changed. Yes, the Federal Reserve raised the Fed funds rate by 400 basis points in the mid-2000s, but it reversed almost all of that move and began opening the floodgates of bailout financing by early May 2008. Nevertheless, the U.S. and global economy fell off a cliff in the second half of that year as global financial fragility erupted into a full-blown global systemic crisis to a degree unseen since the 1930s.

Why was it different that time? The reason is that there had emerged myriad asset bubbles and a related unprecedented rise in private indebtedness in the U.S. and other economies. These supports to cyclical demand expansion were unstable and unsustainable. In other words, these were conditions very similar to those that prevail today.

Hyman Minsky and Irving Fisher described how once the debt “disease” goes metastatic there will come a “Minsky moment” when euphoria gives way to concern and then to panic liquidation and credit revulsion. When that dynamic is in full flower, the Fed is powerless, no matter how much they want to bring the punchbowl back.

The U.S. and much of the global economy still have quasi-bubbleized assets and very high levels of private (and quasi-private) indebtedness. Bob Prince and many of his investment cohorts appear to remain oblivious to the threat of a Minsky/Fisher debt deflation dynamic, which the Fed and the central banking fraternity can do little to stop, if one is to judge from today’s current buoyant stock markets.

There is yet another way in which global economic growth can slow or even falter this time around, which I have discussed before (in the context of China’s economy): This thesis dates from “a very old idea from business cycle theory prior to the Second World War that private sector over-investment can become so unsustainably high that even without a fiscal/monetary shock, there could be a fall in autonomous investment. Once that begins,” a weakening edifice of highly suspect and marginal lending activity “can lead to a cumulative economic contraction even if interest rates plummet and monetary conditions ease.”

This old idea from the history of economics has largely been forgotten due to changes in the fads and fashions in academic economics. But there are grounds for thinking it is an idea whose time has come once again.

Globally, we have a glut of consumer goods, much of it emanating from China, but given increasingly weakening demand from an economy that is growing more and more skewed to the top 1 percent, we have fewer consumers able to buy it. Moreover, in China itself, modest fiscal stimulus measures undertaken at the end of last year could well be overridden by the onset of the coronavirus, which risks undermining the impact of these recent upticks in infrastructure investment, along with the potential benefits accrued from the cessation of the trade war with the U.S. government.

It follows that the world has a condition of over-investment that is unsustainable. This means there will be less investment to produce additional goods. Much like a rickety building on shaky foundations, therefore, a decline in global autonomous investment threatens to plunge us into a global economic slowdown, independent of actions by the global or national monetary authorities.

Are there any signs of this? Over the past year, global growth “recorded its weakest pace since the global financial crisis a decade ago,” according to the International Monetary Fund. This, despite buoyant risk asset markets, credit and money growth in key economies well in excess of nominal GDP, super-easy monetary policy everywhere, and an end of the fiscal restriction of recent years. Therefore, we cannot attribute this surprising softening to a “murderous Fed” (to paraphrase Dornbusch) or its cohorts in the global central banking fraternity. It is, however, possible to posit that we may be seeing a cresting of excessive global fixed investment, which eventually could cause a global recession. There is no question that our central banks and governments will try to do “whatever it takes” to postpone such a decline.

The point is that, relative to the post-war business cycle patterns in most people’s minds, the end of this global expansion does not need a “murderous Fed.” Excessive risk asset valuations and high indebtedness, even in a world of low prevailing interest rates and unprecedented central bank intervention, can nonetheless lead to negative financial and economic dynamics. And given excessive global capital spending in a world where the warranted rate of growth has now downshifted, an autonomous decline in excessive investment can do the same. Add to this the increasing risks brought about by the spread of the coronavirus, and you’ve got the ingredients for an incipient global economic calamity.

This article could well apply to any of the advanced economies and is thus relevant for at least much of Europe. David Barmes is carrying out Positive Money’s latest research on Escaping Growth Dependency. Cross-posted […]

James Boyce – Keeping the Oil in the Soil

The central goal of any serious climate policy is to keep fossil fuels in the ground. The central question is how. James Boyce is Professor of Economics, University of Massachusetts Amherst Cross-posted from the Institute […]