The EU has failed its citizens. It  runs amok directed by Germany’s ossified and frail leader Angela Merkel, and a political class that primarily values its own entitlement. 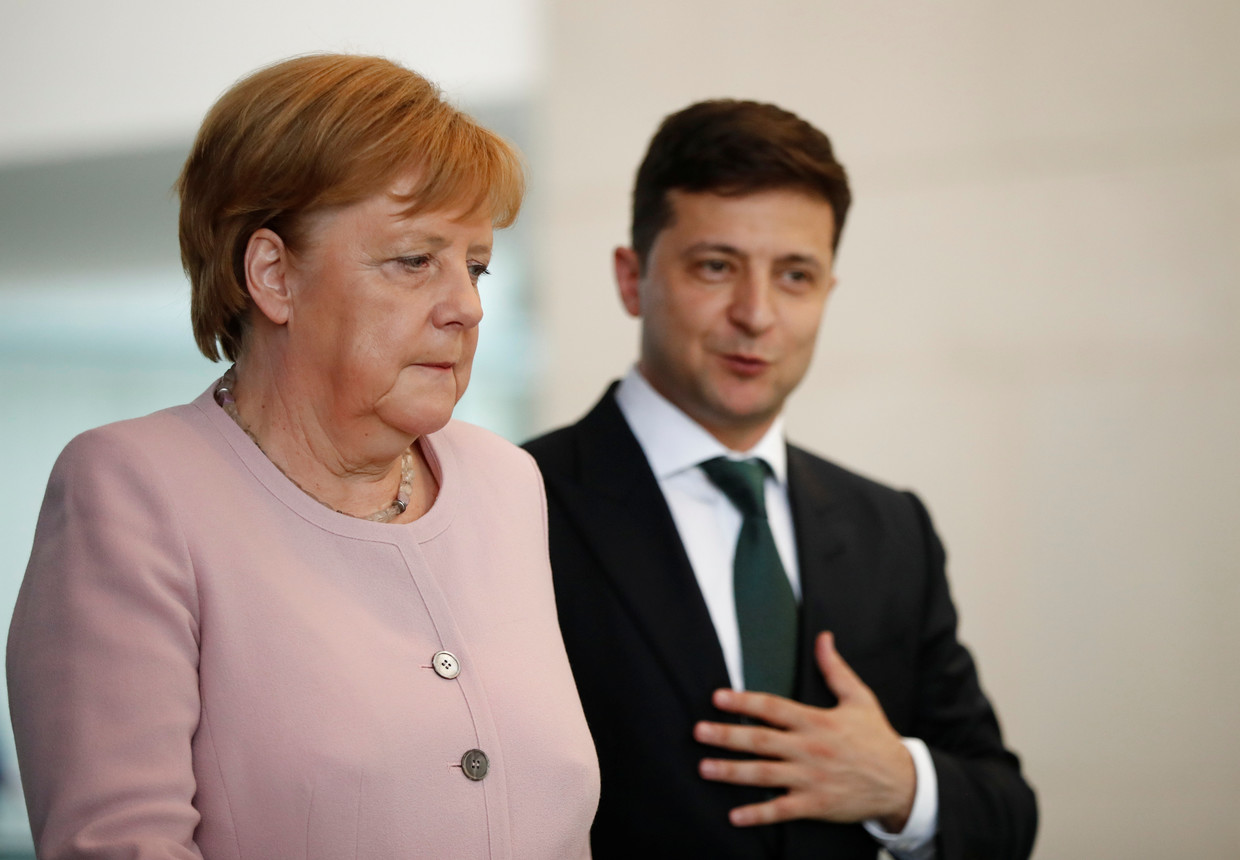 If you asked me for a metaphor for the European Union today, it would be the ossified, frail German leader Angela Merkel – our Abdelaziz Bouteflika – sitting in the middle of the EU web, telephoning one “illiberal” east European leader after the other, drumming up support for her discredited, scandal-ridden defence minister, Ursula von der Leyen, as president of the European Union.

But the EU malaise is about much more than Ms Merkel and Germany: it is about the current state of the EU political class. Most of these people are not interested in the EU, except those aspects that benefit them personally. They care little for policy since they are paid by lobbyists in one form or another to use their power to further the interests of international corporations. And least of all do they care about the citizens they supposedly represent. As Margaret Thatcher so aptly claimed – and God knows why this was not adopted as the motto of the EU: “There’s no such thing as society. There are individual men and women and there are families.” And at the top of the list of the EU’s political class are themselves and their family…then maybe their political party…and that’s it.

Robin McAlpine, director of the Scottish think tank Common Weal, recently wrote (here) about the politicians of the Scottish National Party – his party – who he describes as a collection of “middle managers”: “They pull on their ‘Big Cheese’ costumes, bully those they consider less powerful than themselves and prostrate themselves to anyone they suspect is more powerful. They undermine any of the many good people in the party who shows any independence of thought. ‘Look at me, look at me – I’m a big deal!’ they say over and over to themselves. This’ll do, this’ll do.” This description fits most political parties and politicians in the EU.

The farce surrounding the recent EU elections and the subsequent filling of the principal offices has again astonished many EU citizens. Five years ago, following the previous EU elections, the fact that the EU Parliament designated the new president of the union was hailed as a “triumph for EU parliamentary democracy”. So what was this – an “un-triumph for EU parliamentary democracy”?

But even the EU political class had simply miscalculated: the man they had selected to heave into office, another German, Manfred Weber, was simply unacceptable. Weber is living proof of how the EU distorts markets. Here was a man, who could have been one of the greatest used-car salesmen in Bavaria, wasting his talents in Brussels. His being nominated for the office was once again proof of how Germany dictates policy to the EU. In the end it did not matter which German became EU president – man or woman – as long as it was a German. It is good that Germany does not issue citizenship to monkeys – nothing against monkeys. That it was von der Leyen was an extra bonus for Ms Merkel. Her party did not know how to get rid of their failed defence minister without making the situation worse – she is entangled in a massive corruption scandal. I doubt many people noticed, but Ms Merkel took no chances. Even before the vote in the EU parliament, Ms von der Leyen had been forced to announce her resignation as German defence minister – just in case she lost the EU vote. The rest of the appointments for important EU positions look more like a police identity parade than the pick of highly qualified statesmen and stateswomen.

Economists have been warning for almost a decade that the unwavering, ideologically-driven policies of the nationalistic, neo-liberal EU, and of Germany, the euro hegemon, itself, are destroying the union. And they were right. It is not only the economy that is gutting the EU; it is the questionable understanding of the purpose of the union that is reducing its credibility – as became so apparent following the EU elections.

I recently stumbled on a brilliant article by the Slovak Australian academic Stefan Auer entitled “Merkel’s Germany and the European Union: Between Emergency and the Rule of Rules” (here). As he so aptly points out, the German political elite cannot comprehend that “their nation’s interests are separate from those of Europe at large.” Or as Wolfgang Streeck, fromerly head of the prestigious Max Planck Institute, puts it: ‘Germany has come to consider the European Union as an extension of itself, where what is right for Germany is by definition right for all others.’

To make things worse, explains Auer, the German position is absolute as they fetishise “Vernunftwahrheit” (the truth of reason), of which of course they are the sole guardian and as Ernst Vollrath points out: ‘the opposition to which, and any derogation from which, is either demented or criminal – or even both demented and criminal’. This leads Auer to conclude that “instead of viewing political conflicts as resulting from an open-ended contestation of competing interests of member states (and various constituents within and across these states), this world view tends to cast them as mishaps caused by the misjudgments of others.”. Think of the poor Greeks who had the temerity to protest that they should not foot the bill for bailing out German banks during the euro crisis.

Although obsessed with rules and laws, the German political elite do not stick to these themselves. It was Germany that ignored the Schengen Agreement to open its borders for refugees and, following the domestic political blowback, gave Turkish president Erdogan billions of euros to close his borders to Europe. In both cases there appears to have been no consultation with the rest of the EU. Merkel’s  “un-triumph for EU parliamentary democracy” is the newest example of how rules are broken. Rules and laws are for the EU wimps, not the EU hegemon. It is no wonder that only the USA, as the hegemon of hegemons, has called out Germany on the cheating devices in its diesel cars. What have EU nations done?

The German government is one of the most adamant supporters of neo-liberalism, which might also explain why the EU does not budge from its disastrous economic ideology. But where does the German version of this ideology come from? As Quinn Slobodian documents in his indispensable history of neo-liberalism, “The Globalists”, Germany’s post-war economics minister, Ludwig Erhard, was being advised by former Nazi economists as well as leading neo-liberal thinkers such as Wilhelm Röpke, who wrote to a friend in the Nazi Party: “I am even ‘more fascist’ than you yourself”, which became more than tangible in the course of his life. Slobodian goes so far as to claim that Röpke was later to become “one of the intellectual fathers of the postwar `social economy’ in West Germany”. What a pedigree!

The result is that the EU is going nowhere: No real progress is being made economically. There may be less unemployment, but most of these new jobs are low paid, insecure, and of very limited number of hours, so that many in work live in poverty. At the same time inequality increases. The EU sets goals for reducing CO2 – in the far future. In the meantime hardly any nations are close to being on target. Lie upon lie, deception upon deception, prevarication upon prevarication.

Instead we have what Mr McAlpine describes as “vainglorious boasts about being ‘the best’ or ‘leading the world’ which bear no relationship to reality…We’re stuck in a loop that goes: ‘make big announcement – set up talking shop – repeat’. Our current political ambition seems to be to pretend to be ambitious but under no circumstances do anything. It’s a fraud.”

McAlpine’s “middle managers” live happily in their golden chains. They are exceptionally well paid; most decisions are simple, being dictated along with a perk in one form or another by corporate lobbyists.

The “Liberal Democracy” centrist parties with their cynical opportunism and moralising hypocrisy are having no difficulty joining forces with the illiberal right, who otherwise “are destroying democracy in the EU” to maintain their hold on power. An alliance with fascists is round the corner. Democracy, justice, freedom from want or fear, or freedom of speech and expression are not the freedoms of the EU or those that the centrists stand for. They represent the four EU neo-liberal market freedoms: freedom of movement for capital, goods, services and labour (mainly cheap).

Should we despair? Not quite. There have been a few windows of hope in this decade. The first was when the Greeks voted in the Syriza party, which claimed to want to challenge EU tyranny. This was followed by the Greeks voting in favour of the referendum to defy the EU demands, but they were sold out by Alexis Tsipras and his middle managers. The second was the Brexit vote, where a majority of British citizens said they had had enough of EU austerity as well as showing two fingers to their domestic “middle managers”. In the meantime much of the British political elite are trying to reverse this democratic referendum, as did Syriza in Greece. Let us not forget the yellow vest movement in France, a popular movement that has achieved some goals, but whose story continues. They have been wise, keeping the middle managers at arm’s-length. Last but not least is the attempt by rebellious members in the British Labour party to return their organisation to its socialist heritage, something being fought by a majority of middle managers in the party (mainly pro EU Remainers), just as vehemently as by the rest of the British political elite, mainstream media and intellectuals.

Then there is a new political movement – where I do not fully understand it political consequences yet – the movement to save our planet. Politically unique is the fact that there is a time limit, no room for gradual change or mendacious compromises. The political class is being judged solely on its actions. So middle managers can call out as many climate emergencies as they wish, it is what follows that counts.

The Gig Economy Project speaks to Jessica Pidoux, director of PersonalData.IO, about her critique of data in the platform economy and how gig workers can use data tools to build workers’ power (in podcast and […]

This is why we have patents and monopolies, not to serve society which financed the research for these vaccinations Cross-posted from the OXFAM website At least nine people have become new billionaires since the beginning […]

The Social Democratic Party in Spain (PSOE) has become like the other EU social democratic parties, the representative of business against the people. This newest labour law may well once again be blocked by the […]