The EU is dumping its rubbish politicians on the world, just like it dumps its plastic waste. The EU political class, a caste of entitlement.

Cross-posted from the Korean Times 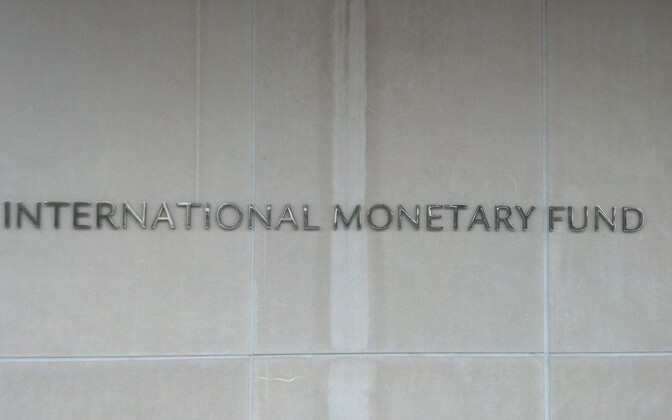 Now that Christine Lagarde has announced her resignation as managing director of the International Monetary Fund, German chancellor Angela Merkel says Europeans “again” have a “claim” to fill what is arguably the world’s most important economic job. Merkel is invoking a decades-old political deal, which gives Europe the IMF leadership in return for allowing Americans to run the World Bank.

If global leaders want the IMF to achieve its mission of ensuring international financial stability, they should end this stitch-up and choose the best person for the job. They must also do more to depoliticize the fund.

Although Europeans have run the IMF since its inception in 1945, this wasn’t a foregone conclusion. In 1955, the fund’s shareholders offered the job to at least two non-Europeans — Bank of Canada Gov. Graham Towers and C.D. Deshmukh, previously governor of the Reserve Bank of India and long-time finance minister. Then, in 1963, the stitch-up began.

The political bargain has ill served the Europeans and the world. Consider the IMF’s role in the creation of the euro. In 1997, then-Managing Director Michel Camdessus, formerly governor of the Banque de France, said without a shred of evidence that the euro would deliver a great economic bounty. He waved the single currency through, ignoring non-European members of the fund’s executive board and the warnings of scholars such as Barry Eichengreen. US authorities, complicit in the stitch-up, didn’t resist.

During the more recent European debt crisis, too, the IMF failed to play an independent role. Under former French Finance Minister Dominique Strauss-Kahn, the fund lined up with Europe’s plan to bail out the Greek government’s private creditors while imposing disastrous fiscal austerity on the government — a policy that Lagarde (also a former French finance minister) supported when she took over on 2011. The IMF under Lagarde also failed to ring the alarm bells when the European Central Bank raised its policy interest rate in July 2011 and then went into a huddle in 2013 and 2014 while a deflationary psychology settled in. Through those terrible years, Groundhog Day-style, the IMF predicted every several months that the euro area and global growth would soon pick up, each time attributing the failure of those forecasts to “temporary” factors.

Now, the Europeans are threatening to anoint as Lagarde’s successor Jerome Dijsselbloem, the former Dutch finance minister. Dutch voters booted Dijsselbloem along with his Labor Party in the March 2017 elections. His appointment would be a sop to the social democratic parties that, although a fading force, cling to positions of privilege. Dijsselbloem’s main claim to economic wisdom and diplomatic skills is his famous advice to governments and citizens in southern euro area countries: “You cannot spend all the money on women and drinks and then ask for help.”

There’s no shortage of supremely qualified non-European candidates. Consider Hyun Song Shin, chief economist of the Bank for International Settlements and a preeminent expert on financial markets and systemic risk. Or Raghuram Rajan, University of Chicago economist and former governor of the Reserve Bank of India. Both represent nations that are growing in economic and political heft but have been marginalized in the global dialogue. Or why not an American, such as Randall Kroszner, an expert on banking regulation and former member of the Federal Reserve’s Board of Governors?

The IMF needs a managing director of the highest caliber, chosen through an open competition not evidently tainted by national politics. But that would only be the first step. The fund should also replace its politically appointed deputy managing directors with technocratic deputies, also chosen through a competitive process. And this core team should be supported by a council, in the style of the Bank of England’s Monetary Policy Council, comprising world-class economists and policymakers.

With such a decision making body at the top, the IMF, backed by its outstanding staff, could have the credibility to make tough lending decisions during crises, and to speak “truth to power” in assessing national and global economic conditions. Such a structure would allow the IMF’s often-controversial policy recommendations to benefit from sound economic thinking, rather than being swayed by the foreign policy and financial interests of the US and Europe.

To complete the structure, the IMF should get rid of the executive board that has, for decades, largely rubber-stamped decisions made in Washington and European capitals. Its members could retain an advisory function, and the fund’s management could periodically answer to them for its decisions — just as central bank governors report to national legislatures.

The world economy is entering another perilous phase. Trade is hardly growing. China is slowing down. The US is coming off the sugar highs induced by President Donald Trump’s tax breaks. The euro area is threatening to grind to a halt, and possibly tip into a recession that the ECB lacks the firepower to combat. Italy, the euro area’s third-largest economy, remains on the verge of a crisis that could have repercussions throughout Europe and beyond.

This is not the moment for another backroom deal. The IMF needs a fresh beginning.

The history of money has been the history of the struggles to control the payment system and the money tree. Today, with control over both resting in the hands of bankers, central banks’ efforts to […]