What we are witnessing is the humiliation of one of the most powerful nations in the world. Not Russia, but Germany. 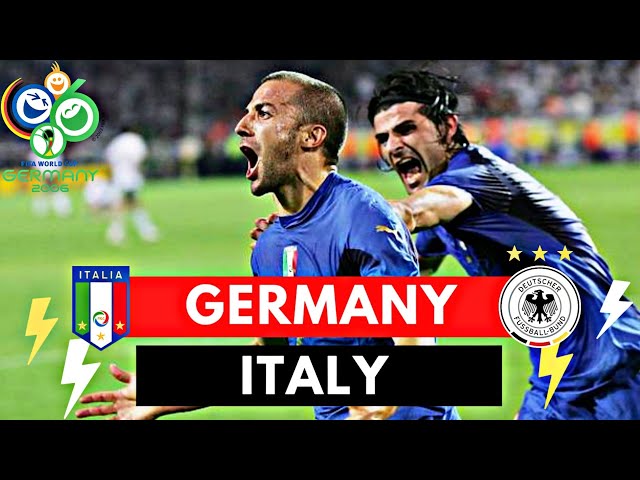 It is odd how subdued German politicians and mainstream media have been about the attacks on the Nordstream pipelines. This was the moment both groups were waiting for: finally to be direct victims of Putin’s aggression, especially as there is nothing more important for Germans than being victims. So what happened?

To understand this an anecdote might help. It was during the football world championship of 2006. I was working at a news agency with approximately 70 employees in the office. For weeks my German colleagues had been worked up about the tournament including an office football pool. Here were these sedate, reticent Germans springing about incessantly talking football and nothing else. The German side made it to the semi-final where their opponents were their eternal nemesis: Italy. Once again the Germans lost, two nil. The next morning at the office you did not hear the words football, Italy, or world championship. In fact conversations were limited to the most necessary work requirements. Everyone remained with gazes fixed upon their computers. For the Germans, a second to third rate military power, football has become the surrogate for bellicose belligerence. This was not just a lost football match. It was a lost war. Humilitation.

This is the current mood in Germany. If you ask anyone here, they have no doubt that it was not the Russians, but their most important ally, the United States, who sabotaged the Nordstream pipelines. Probably you have to be a member of the German Green Party to believe otherwise. Even the Ukraine war gung ho metropolitian Elite is taciturn on this topic.

Now there has been a further humiliation, on Wednesday the Poles closed down the German branch of the Druzhba oil pipeline claiming there was a leak – no sabotage, purportedly an accident. As innocuous as this may sound, it is a doubly sensitive issue. Not only is Germany losing access to Russian oil, but this pipeline is also the lifeline of a huge oil refinery in the city of Schwedt, which is the basis of the city’s economic survival. Germany’s unfortunate social democrat chancellor, Olaf Scholz, and his equally unfortunate coalition have made quite a publicity campaign committing themselves to saving Schwedt in the energy crisis.

An interesting detail is that apparently the German government had been preparing for just such an event, declaring after the incident that Schwedt had “deliberately increased their own oil stocks on site in recent weeks as a precautionary measure.” This measure makes sense as many Germans suspect that Poland, which had been calling for the dismantling of the Nordstream pipeline, was somehow involved in the Nordstream attack.

One has to know that there is no love lost between the Poles and Germans. For a thousand years the Germans have ravaged Poland, something the Poles have not forgiven and had better not forget. Recently the Poles even had the insolence to demand 1.3 trillion euros in reparations from Germany for the Second World War. The Germans have a racist dislike for Poles and resent that East Prussia was given to the Poles by the Potsdam Agreement (for which Eastern Poland was transferred to the Soviet Union) – another humiliation.

Before the Ukrainian war, Germany had successfully made Poland into an EU pariah by incessantly attacking it for “illliberal policies”. But Poland, due to its visceral anti-Russian policy and the building up of a  strategic military relationship with the USA, is now the EU poster child for war propaganda. Germany on the other hand, whose whole economic perspective is based on cheap Russian fossil fuels, is on the naughty step. It is all too reminiscent of Donald Rumsfeld’s characterisation in the early stages of the second Iraq war of an ‘Old Europe’ and a ‘New Europe”. Rumsfeld knew that the centre of gravity of NATO’s aggressive policies was shifting from West to East Europe, led by Poland. The only German politician who seems to have read the writing on the wall is the arch-conservative Wolfgang Schäuble, who recently in an interview declared: “Alongside the French and Germans, Poland must finally be accepted into the leadership of European unification as an equal member of equal importance,” as apparently this is Germany’s prerogative to determine as EU hegemon. This development is still another humiliation for Germany.

Add to this that the Ukrainian government, whose charge was led by the former Ukrainian ambassador to Berlin, Andrij Melnyk, mopped the floor with Germany calling it out for its hypocrisy towards the war and Russia. Germany however had no Plan B for its economy. Russia is an existential partner. The corrupt Oligarchs in Ukraine were maybe of geo-political interest, but Germany definitely did not and does not want them in the EU. Not only has Germany been dragged into the war in total disgrace, but the Americans expect them along with the EU to finance the war and the reconstruction of Ukraine. The German government was finally able to convince Zelensky to withdraw his ambassador. What the price was, we do not know. All this entailed more humiliation.

Germany’s hypocrisy in almost everything is no secret. That was the trademark of sixteen years of Angela Merkel as chancellor. Within the EU no one ever mentions it because Germany is after all the EU hegemon; most European nations have an inferiority complex towards Germany; many live from German handouts dispensed by the EU; or their economies are dependent upon Germany. For many Europeans the latest developments have been a shock – for many a gleeful shock – similar to when the feared school bully is finally challenged and beaten up in the playground.

German humiliation does not stop there. Germany is now forced to buy much of its oil and gas from the United States at excessive prices. Additionally German leaders such as Scholz or the vice chancellor from the Greens, Robert Habeck, have to go on their knees to one autocrat after the other begging for fossil fuels. Habeck proves once again that the Germans have no sense of humour when he recently complained that “Some countries, even friendly ones, are achieving astronomical prices in some cases” for the fossil fuels they sell to Germany, meaning primarily Germany’s friends and allies USA and Norway.

Already in March the political-economist Michael Hudson, visionary that he is, foresaw the German humilitation that was coming, writing in his article “America Defeats Germany for the Third Time in a Century”:

“So the most pressing U.S. strategic aim of NATO confrontation with Russia is soaring oil and gas prices, above all to the detriment of Germany. In addition to creating profits and stock-market gains for U.S. oil companies, higher energy prices will take much of the steam out of the German economy. That looms as the third time in a century that the United States has defeated Germany – each time increasing its control over a German economy increasingly dependent on the United States for imports and policy leadership.”

Currently the German government is stumbling from one setback to the next, making one U-turn after the other. The only goal of the three neo-liberal parties in the coaltion (Social Democrats, Greens, Liberals) appears to be to use the crisis to transfer wealth from its poorest to the richest. Real solutions to the crisis they have none. For them the current situation is not an opportunity to re-orient the German economy, inequal social structure, and environmental policy, as they cling to the status quo diktat of coporate interests. This conspicuous incompetence of the German political class – and the opposition has no solutions to offer – is just one more humiliation for the German people.

With all this going on, one can only wonder why the word “Demütigung” (humiliation) does not appear in any speeches of the German political class or reports in mainstream media, except in reference to Putin. Maybe the famous words of the French politician Leon Gambetta following France’s defeat by Prussia in 1871 with regard to the lost territory and humiliation apply: “Think of it always. Speak of it never.”

Bank refinancing under the new financial order is getting tougher and seems to rely largely on the whims of four big banks – in an unstable overnight market. Surely not “a good thing”. Has the […]