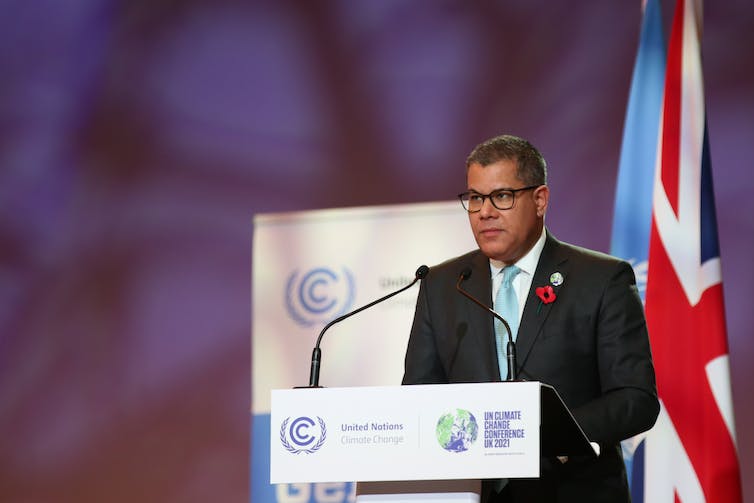 Having led the delegates at the COP26 climate summit in Glasgow to believe that the first draft of the final agreement would be published at midnight Tuesday, the UK presidency will not have made many friends by delaying it till 6am Wednesday morning. There will have been plenty of negotiators – not to mention journalists – who will have needlessly waited up all night.

In fact, COP26 president Alok Sharma will not have made many friends with the text itself either. As the host and chair of the summit, it is the UK’s responsibility to pull together all the negotiating texts which have been submitted and agreed over the last week into a coherent overall agreement.

But the widespread consensus among delegates I have spoken to is that the draft they have produced is not sufficiently “balanced” between the interests and positions of the various country groupings. And for the chair of such delicate negotiations, that is a dangerous sin.

Let’s recap. This COP (the conference of the parties to the UN Framework Convention on Climate Change) is the designated moment under the 2015 Paris Agreement when countries must come forward with strengthened commitments to act. There are two main areas for this. One is emissions cuts by 2030, the so-called “nationally determined contributions” or NDCs. The other, for the developed countries, is financial assistance to the least developed nations.

The problem facing the COP is that we know already that, when added together, countries’ emissions targets are not nearly enough to keep the world to a maximum warming of 1.5°C above pre-industrial times, as the Paris Agreement aims for. And the financial promises don’t even reach the US$100 billion (£74.1 billion) a year that was meant to be achieved in 2020, let alone the much larger sums the most vulnerable countries need.

So what have the poorest countries – and the vociferous civil
society organisations demonstrating in Glasgow – been demanding?

First, that NDCs should be strengthened before the scheduled date of 2025. And second, that at least US$500 billion should be provided in climate finance over the five years to 2025, with half of this going to help countries adapt to the climate change they are already experiencing.

So what does the UK draft text say? It merely “urges” countries to strengthen their NDCs, proposing a meeting of ministers next year and a leaders’ summit in 2023. But “urges” is UN-speak for: “You may do this if you wish to, but you don’t have to if you don’t.” That is not enough to force countries to get onto a 1.5℃-compatible path. The text must require them to do so.

On finance, the text is even weaker. There is no mention of the US$500 billion demand, although it does call for adaptation funding to be doubled. There is no mention of using the special drawing rights (a kind of global money supply) which the IMF has recently issued for climate-compatible development. And there is insufficient recognition that the most vulnerable countries need much better access to the funds available.

Of course, developing countries do not expect to get all their own way in the negotiations. But commenting on the overall balance of the text between different countries’ positions, one European delegate said to me: “This looks like it could have been written by the Americans.”

It is of course true, as Alok Sharma emphasised in his afternoon press conference, that the text can still be changed. There are several issues on which negotiations are continuing and the text has yet to reflect their progress. Sharma has asked all parties to send in their suggested amendments to the draft and to meet him to discuss their reactions. He will find himself asked for a lot of meetings.

But it matters how this early text is drafted, for two reasons. First, the lack of balance means that it is the least developed countries which will have to do the most work to change it. In Paris the French presidency worked the other way round. They drafted an ambitious text and dared the biggest emitters to oppose it.

Second, the perceived imbalance could affect the trust in the British hosts. Sharma has built himself a strong reputation over the past couple of years preparing for the COP. He will not want to lose that in the crucial last days ahead.

This story is part of The Conversation’s coverage on COP26, the Glasgow climate conference, by experts from around the world.

Amid a rising tide of climate news and stories, The Conversation is here to clear the air and make sure you get information you can trust. More.

Excessive inequality and wealth redistribution to the rich have wrecked the economy. ‘Trussonomics’ won’t help Stewart Lansley is  author of the The Richer, the Poorer: How Britain Enriched the Few and Failed the Poor (Bristol […]

Joining ‘tax cuts for growth’, the latest dodgy economics trend in the Conservative leadership contest is an obsession with the money supply. This might sound like an intuitive response to inflation, but it misdiagnoses the […]