Marx’s law of profitability in the economic discussion 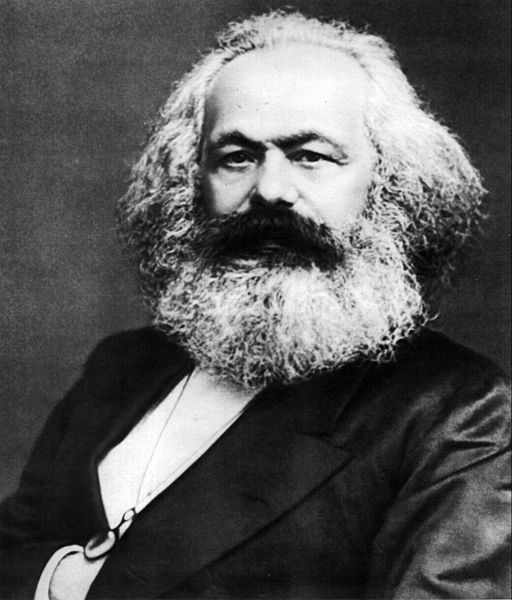 Marx’s law of the tendency of the rate of profit to fall (LTRPF) has either been heavily criticised or ignored as being an irrelevant explanation of crises under capitalism, both theoretically and empirically.  The critics are not from mainstream economics, who generally ignore the role of profit in crises altogether.  They partly come from post-Keynesian economists who look to ‘aggregate demand’ as the driver of capitalist economies, not profit.  But the biggest sceptics come from Marxian economists.

Even though Marx considered the LTRPF as ‘the most important law of political economy’ (Grundrisse) and the underlying cause of recurrent cycles of crises (Capital Volume 3 Chapter 13), the sceptics argue that Marx’s LTRPF is illogical and ‘indeterminate’ as a theory (Michael Heinrich).  And the empirical support for the law is non-existent or impossible to ascertain.  Instead, we must look elsewhere for a theory of crisis either by turning to Keynes or amalgamating various eclectic theories like ‘overproduction’ or ‘underconsumption’ or ‘financialisation’ – or just accepting that there is no Marxist theory of crises. In my view, these critics have been answered effectively by several authors, including myself.

But let’s leave aside the logical validity of the law and consider here just the empirical evidence to support Marx’s formula for the rate of profit on capital in an economy is s/C+v, when s = surplus value; C= stock of fixed and circulating means of production and v = value of labour power (wage costs).  Marx’s two key points on the LTRPF are 1) there will be a long-term secular decline in the average rate of profit on capital stock as capitalism develops and 2) the balance of tendential and counter-tendential factors in the law explains the regular booms and slumps in capitalist production.

Thanks to better data and also determined work by various Marxist economists too numerous to name all here, perhaps starting with Shane Mage back in 1963, there is now overwhelming empirical evidence to back Marx’s law.  To begin with, this evidence was exclusively confined to US data, which was the most comprehensive.  However, in the first decade of the 21st century some Marxist economists began to compile evidence to calculate a world rate of profit. As I argued in my own first attempt to calculate a world rate of profit, this was necessary because capitalism is a ‘closed economy’ at a global level and capitalism had spread its tentacles to all parts of the world through the 20th century. So to find better empirical support for the law required calculating a world rate.

As early as 2007, Minqi et al made the first attempt that I know of to calculate the world rate of profit, followed by David Zachariah in 2010.  My first crude attempt was in 2012 (which I revised in 2017).  Then came along a much more comprehensive calculation going back to 1855 for 14 countries by Esteban Maito (2014).  Some Marxist economists were vehement in their scepticism in calculating a world rate of profit (Gerard Dumenil).  But some of us did not desist.  Given new data from the Penn World Tables 10.0 database available for the components of the law (s/C+v) going back to 1950 for economies, I made a much better calculation in 2020.

But now Marxist economists at the University of Massachusetts Amherst led by Deepankur Basu have delivered new evidence using data compiled by Brazilian Marxist economist Adalmir Marquetti.  Marquetti has expanded and modified the Penn World Tables developed by the Groningen Growth and Development Centre into what he calls the Extended Penn World Tables (EPWT).  The EPWT was first developed by Marquetti back in 2004 and I have used that database since then for my world rate of profit calculations.  But now Marquetti has issued an updated series EPWT 7.0.  And this series can be used to calculate a world rate of profit-based a large number of countries going back to 1960.

Basu et al use the new EPWT data to construct a world rate of profit as a weighted average of country-level profit rates, where a country’s share in the world capital stock is used as the weighting.  Of course, this world rate is only an approximate world average.  A proper world average would involve aggregating all the s, C and v in the world.  Basu et al make the point that it is incorrect to aggregate country-level profit rates using the gross domestic product (GDP) as weights. So previous studies like Maito’s and mine have used an incorrect weighting scheme when country capital stock should be used. I agree and in my latest version of the world rate of profit I went further and aggregated the s, the C and the v for the G20 countries using the Penn World Tables 10.0 going to back to 1950.  So no country weighting was necessary.

So much for method.  Let’s look at Basu et al’s results.  They are compelling in support of Marx’s law.  Here is the key graphic using all the countries with data going back to 1960.

So Marx’s law is emphatically vindicated empirically at a world level.  On the Amherst figures there has been a secular decline in the world rate of profit over the last 80 years of -25%, starting with the huge profitability crisis from 1966, leading to the major global slump of 1980-82.  That was followed by the so-called ‘neoliberal’ revival in profitability up to 1996 (+11%).  After that, the world economy entered what I have called ‘a long depression’ when profitability slipped back, turning up briefly in the credit boom of the 2000s until 2004, before slipping again into the Great Recession of 2008-9.  Since then, the world rate of profit has stagnated and was near its all-time low in 2019, before the global pandemic slump of 2020.  Each post-war global slump has revived profitability, but not for long.

How does the Basu calculation compare with my own made in 2020?  Bearing in mind that my last calculation was only for the top 19 economies in the world (the EU is a separate G20 member) and my method of calculation is somewhat different, my results show a striking similarity.  There is the same secular decline and the same turning points.  Perhaps this is not too surprising as both Basu et al and I are using the same underlying database.

Marx’s LTRPF argues that the rate of profit will fall if the organic composition of capital (OCC) rises faster than the rate of surplus value or exploitation of labour.  That is the underlying reason for the fall.  Basu et al have decomposed the components of the world rate of profit to ascertain whether that is correct.  They find that the world rate of profit declined at a rate of about 0.5% a year from 1960 to 2019, while the output-capital ratio declined by 0.8% a year (this is a reciprocal proxy for the OCC), and the profit share (a proxy for rate of surplus value) rose about 0.25% a year.  So this supports Marx’s law that the OCC will outstrip the rate of exploitation of labour most of the time and so lead to a fall in the rate of profit.  I found a similar result in my 2020 paper.

Ahmet Tonak, the world’s greatest Marxist expert on national accounts, had some concerns on using the Penn Tables as the raw data source for calculation because it does not distinguish between productive (value creating) labour and unproductive (value using) labour in an economy.  And that can lead to diverging results on the rate of profit in national economies – which he found for Turkey.

We can go some way to dealing with this possible divergence by considering the rate of profit in the non-financial, non-residential property sectors of an economy.  It does not solve the problem of delineating unproductive and productive labour within a sector, but it does provide some greater precision.  For more on this issue, see the excellent work by Tsoulifis and Paitaridis.

However, during the neo-liberal period, the US rate of profit based on the global data (which does not distinguish productive and unproductive sectors) rises much more than the rate of profit on just the non-financial sector using the Basu-Wasner calculations.  That suggests that the neo-liberal recovery in profitability was mostly based on a switch into the financial sector by capital – another explanation for the fall in productive investment exhibited in the US in that period.

In sum, the Basu et al study has added yet more empirical evidence in support of Marx’s law on a world level. The evidence is overwhelming and yet the sceptics continue to ignore it and deny its relevance. The sceptics of Marx’s law of profitability are increasingly becoming like the climate change sceptics.

Ann Pettifor – On Theresa May, Danny DeVito and ‘other people’s money’.

Once again we are posting an article about how governments finance themselves. We do this because most people in the EU still believe that taxes are the source of government spending. It is not. In […]

The plight of the Palestinians in Gaza was already dire, and that before the Israelis began their current bombing Michael Roberts is an Economist in the City of London and a prolific blogger Cross-posted from Michael’s […]