British economic policy framework leaves a vacuum of responsibility for delivering an economy in which people can flourish. In response, Professor Richard Murphy outlines an alternative set of goals for economic policy. 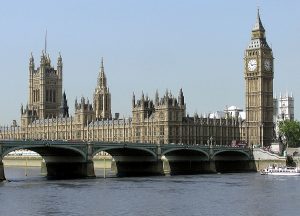 I have argued of late that monetarism is dead. I believe that is an issue almost beyond being worth discussing now. Real interest rates are at what economists call ‘the zero bound’. What this means is that the risk free interest rate at which the UK government can now borrow is around zero, or less, when inflation is taken into account. And, I suggest, that is not going to change.

The first reason for that is that for five centuries the inexorable trend in interest rates is downward, and they can’t go much further.

Second, there is no justification for the Bank of England to increase rates in practical terms because to do so would, quite simply, crash the economy. Consumption is already fragile enough, and household debt is already far too oppressive. On both counts, an increase in interest rates would tip the economy into crisis: people would cut their spending and some would be tipped into insolvency. And the idea of increasing rates just so that they could be cut again when the next crisis comes is, quite literally, absurd; such a plan would precipitate the crisis it intends to mitigate.

The implications of this are significant. Because we have had what is described as an ‘independent central bank’, the whole direction of UK macroeconomic policy has been very largely devolved by the government to the Bank of England since 1998. However, the Bank of England has a remarkably limited mandate. Its sole task is to deliver an inflation rate set by the government: come what may this target rate appears to be stuck at 2%. This means that other objectives that many think reasonable for a government to pursue, like full employment, have no one taking any effective responsibility for them.

Moreover, the tools available to the central bank for meeting this narrow target are limited. They are, in effect, setting the central bank base rate of interest and (since 2009) quantitative easing. The first has hardly changed in a decade; it has now ceased to have any impact. The second is a policy now known to have very little beneficial effect on real economic activity but which does massively increase wealth inequality and also cause some increase in income inequality as well.

This is deeply worrying. It means that for all practical purposes, economic policy in the UK has been outsourced by politicians to a body that has no power to deliver any effective economic control. No wonder we are suffering an economic malaise.

Suppose, though, we were to set more appropriate economic goals that might replace the almost irrelevant 2% inflation target? What might those goals be? And how might they be implemented?

I suggest there should be five targets, all of which are very obviously related. They are:

I would propose that it is hard to argue against these targets – together, they appear to be the very definition of a successful economy. Perhaps in times past, Conservatives would have objected to the third goal, but more recently a political consensus on the undesirability on inequality seems to have emerged, and in 2015 the UK pledged to reduce economic inequality as part of its commitment to the UN’s Sustainable Development Goals.There might be debate about how to deliver them but it should, necessarily, be short. If monetary policy has ceased to have any relevance there is only one policy option available to government, and that is fiscal policy. Debate on that could also be brief. The direction on the use of that policy would have to be that the government must use all the fiscal tools available to it to achieve these goals.

We need an economic revolution in the UK. This must be all-encompassing, embracing theory and practice. If we were to adopt the above goals, this would be a recognition of the new economic theory we must now use. It would also serve as the practical policy framework that UK governments must adopt in future if they are to deliver the holistic economic wellbeing that people have a right to expect. The revolution would have begun.

Renegade Inc: Bethany Morris – COVID-19 And The Rise Of Individualism

At the start of the pandemic, the West painted a picture that measures taken by nations such as China were ‘drastic’, such as the implementation of strict and immediate national lockdowns. China’s decision to act […]

Marking the 500th anniversary of Martin Luther’s challenge to the established church, the New Weather Institute and campaign group Rethinking Economics, with input from a wide range of economists, academics and concerned citizens, are challenging the […]

While EU liberal democratic politicians are screaming about undemocratic judicial systems in Poland and Hungary, the worst case in the EU is politely ignored: Spain Toni Strubell  is a former MP in the Catalan Parliament, […]