Beware the “Goldilocks” economy: low interest rates continue to buoy markets and hide what is going on in the world’s engine-room. 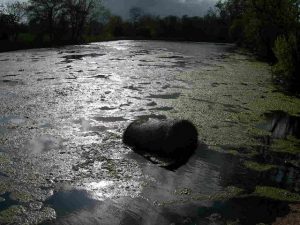 Last March, I posted that the global economy seemed to be in a fantasy world where stock markets hit new highs but output of goods and services, investment and trade was stagnating in the major economies.  This week, the US stock recorded yet again new highs.  As the Financial Times described it: “The US economy appears to be enjoying the fabled Goldilocks scenario. Its porridge is neither too hot nor too cold”.

This financial market rally is founded on the decision of many central banks to hold their policy interest rates at very low levels.  The US Federal Reserve has basically announced that it will not hike its rate this year. The European Central Bank has done the same and has decided to have another bout of ‘quantitative easing’ (buying government bonds and other assets from commercial banks).  And today the Bank of Japan promised not to raise interest rates before spring 2020 as it continued its massive programme of monetary stimulus.

Central bank policy, along with the prospect of the US-China trade deal (still not realised), has given new encouragement to financial institutions to invest in stock markets.  But the biggest driver of the US stock market has been the major companies using this cheap finance to buy back their own shares to drive up the price and increase the ‘market value’ of the company.  In 2018, buybacks reached $1.18trn, twice as much as was invested (after covering for worn out equipment) in productive capacity (plant, offices, equipment, software etc).

Thus the financial markets boom, but the ‘real’ economy struggles.  The recovery since the Great Recession ended in mid-2009 is about to reach its tenth year this summer, making it the longest recovery from a slump in 75 years.  But it is also the weakest recovery since 1945.  And trend real GDP growth and business investment remains well down from the rate before 2007.  That is why I designate the last ten years as a Long Depression, similar to the periods of 1873-97 or 1929-42.

Behind the fantasy of financial markets, global growth has been slowing.  And worse, there are now several economies that appear to heading into outright recession.  Today, the Asian powerhouse, Korea, suffered its worst quarterly contraction since the global financial crisis (Korean real GDP growth has fallen to just 1.8% – graph), as this export-driven economy felt the pinch from weakening growth in China, global trade tension and a downturn in the technology sector.

Exports, which account for about half of the country’s GDP, are heading for a fifth consecutive monthly decline, falling 2.6 per cent quarter on quarter.  And business investment plunged 10.8 per cent, the worst reading since the 1998 Asian financial crisis, as big manufacturers, such as Samsung Electronics and SK Hynix, refrained from increasing capacity amid a global economic slowdown and weaker demand for semiconductors.

Even worse, several large so-called emerging economies are experiencing severe contractions.  After President Erdogan suffered significant defeats in local elections in Istanbul and Ankara, the Turkish central bank has been forced to prop up the country’s fast dwindling dollar reserves using ‘dollar swaps’, taking high risk short-term loans.  It had to do this because dollars have been fleeing the country as the economy plunged and Erdogan refused to take an IMF loan to bolster finances because it would mean severe austerity measures being imposed.  The net foreign assets figure, a proxy for the country’s financial defences, slumped by $9.4bn between March 6 and March 22 to $19.5bn, the lowest level on a US dollar basis since 2007. Excluding swaps, net foreign assets have stood at less than $11.5bn during the entire month of April, down from $28.7bn at the start of March on the same basis.

Argentina went deep into recession in 2018 under the governance of the right-wing administration of President Macri.  When he was elected in December 2015,he said this his ‘neo-liberal’  economic policies would attract foreign direct investment and lead to sustained increases in productivity. The currency crisis that erupted in April 2018 underscored the failure of that policy approach.

Unlike Turkey, Macri turned to the IMF for a $57 billion stand-by loan – the largest in the IMF’s history – a clear case of bias by the IMF to help a government that it and US favoured over the previous social-democratic Peronist administration.  The money is being used to make debt repayments as they come up.  Elections are now just six months away, and the IMF conditions for the loan are biting into government spending and increasing tax burdens.

Investment is stagnating, inflation has rocketed and the high interest rates imposed by the central bank have attracted short-term speculative portfolio capital, or ‘hot money’.  Capital like that is just as likely to reverse with any new crisis.   Next year, the amount of external debt that must be repaid will be at its highest and the IMF must also be repaid.  The new government would then face two unpleasant options: a straitjacket of higher debt payments, more austerity, and more recession, or a painful debt restructuring with an uncertain outcome.

And there is Pakistan.  This is another so-called emerging economy where capital to fund economic growth and investment has dried up.  Up to now the new administration under Imran Khan, the former Pakistan cricket captain, elected on a no corruption platform, has refused to take an IMF loan, for the same reasons as Turkey.  Its finance minister, Asad Umar instead to tried to raise new loans from China and the Middle East, much to the chagrin of the US. But it has not been enough to stave off a new potential collapse in the currency.  Pakistan’s inflation is at a five-year high of more than 9 per cent, while the rupee’s value has plummeted 33 per cent since 2017.

Umar was forced to resign last week.  The new finance minister has reached an agreement in principle to take an IMF loan – Pakistan business will thus gain some stability while the Pakistan people will pay with more taxes and cuts in services, labour conditions and infrastructure projects.  “The solutions are not going to be easy. The choices will be politically difficult for any government,” said Abid Suleri, an economic adviser to Khan.

Stock markets may be booming in North America but economic prosperity in many parts of the world is disappearing like water in a desert.  And in some parts, a sand storm is fast approaching.

An historical perspective of how we got where we are today in Ukraine Guido Franzinetti is Lecturer in History of European Territories, Department of Humanistic Studies, University of Eastern Piedmont. He has studied and worked in […]