A new law protecting workers in Ireland from a sharp reduction in working hours should help them combat endemic low pay and poverty. The most significant win for trade unions in decades. 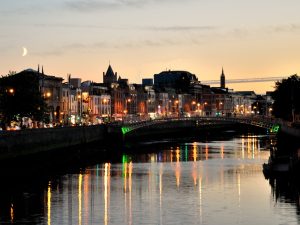 Ireland has a very serious low pay problem, and a corresponding problem with poverty. We have the highest prevalence of low-paid jobs in the EU. Only a matter of weeks ago the charitable Society of St Vincent de Paul stated that almost 800,000 people live in poverty, including 230,000 children. Finding employment should be a route out of poverty, but there are now more than 100,000 “working poor”.

One of the reasons for this is the lack of power workers have in winning pay increases. Ireland has among the most restrictive workers’ rights legislation in the EU, with no legal right to trade union representation for collective bargaining purposes.

The absence of this fundamental human right means workers have two routes in terms of winning pay rates that provide you with a meaningful and productive life: beg your boss; or go on strike and win the best possible deal.

Going on strike, though, can be extremely difficult. Especially if you are victimised for it. Which is exactly what many employers do.

When 6,000 Dunnes Stores workers across more than 100 stores in Ireland took industrial action on 2 April 2015, the very next day management began a campaign of retribution.

Workers who had worked 38 hours per week for years had their hours slashed to the bare minimum in their contracts, 15 hours.

For many, this was a cut from €418 per week to €165 per week, a 60 per cent loss of pay. With the dole being €188 at the time, it was clear what direction management wanted trade union members to go in.

This level of control over working hours and therefore income leads to a very compliant workforce. Why would you go on strike if your manager can slash your hours the very next day and deprive you of your ability to pay your bills or feed your children?

“Is security over working hours used by management to control or intimidate you or others in the workplace?”

When Mandate surveyed workers in the bar trade, asking them this question, 44 per cent of all respondents said ‘yes’.

The survey of workers in the retail trade was even more stark, with 51 per cent of workers saying ‘yes’. When Mandate asked workers in Dunnes Stores, one of the largest private-sector employers in the country with 10,000 staff, whether allocation of hours was used to control or intimidate them, 85 per cent said yes.

Considering those two sectors alone – retail and bars – employ more than 350,000 workers, this is clearly a very large problem. And it’s why workers in those sectors could not win substantial pay increases – until now.

For more than a decade, Mandate had focused on winning secure-hour contracts along with pay increases. The first deal was done with Tesco Ireland in 2006. Penneys followed in 2013. It was clear in 2015 that Dunnes Stores and many other employers could not be persuaded, and so a political campaign to change legislation had to commence.

The legislation has many benefits:

While all of these provisions are important, it is the last one that will hopefully enable workers to achieve far better pay and conditions of employment.

Under the new law, a worker has a right to be placed in a ‘band of hours’ that accurately reflects the hours they worked over the previous 12 months.

For instance, a retail worker on a 15-hour contract, but who has been working 32 hours per week on average over the past year, is entitled to be placed in the 31-36 hour band. Their employer can give them more hours, but cannot reduce their hours below 31.

This new provision should enable workers to take industrial action with more confidence in pursuit of pay increases and improvements to working conditions.

And if there was any doubt over the desire for secure-hour contracts, almost half of Mandate’s members in Dunnes Stores alone, 1,500 workers, have submitted banded hour requests in the first month of the legislation’s existence.

The legislation also contains strong anti-penalisation clauses, yet still employers are attempting to dissuade workers from utilising the legislation by fear-mongering and intimidation.

Some managers in Dunnes Stores, for instance, have been telling workers that if they apply for security over their hours, that the company cannot give them hours above the bands. This is despite the Minister confirming in the Dáil that they can: “[A]n employee who is employed on any band of hours can work more hours provided both the employer and employee agree to same.”

Other employers are warning workers that they may be requested to do extra duties if they apply for security over hours, or that they can be fired if they work hours outside their bands. All incorrect.

Dunnes workers and Mandate activists win rights for all

It is important to state that the provisions within the Act were fought for and won by Dunnes workers and hundreds of other Mandate activists.

When the government tried to water down the legislation by seeking an 18-month reference period, Mandate members pushed back and demanded a maximum of 12 months.

When the government tried to introduce broader bands of hours, which would facilitate employers cutting incomes by more than 50 per cent, Mandate members fought back and demanded maximum flexibility of five hours per band.

This new law is the most significant win for the trade union movement in decades. We didn’t get everything we wanted, and it could have been an awful lot better if Fianna Fáil and Fine Gael had accepted Joan Collins’ and Clare Daly’s amendment demanding that any available working hours are offered to existing part-time staff before hiring new workers.

It will, however, enable trade unions in all sectors to win better pay increases without fear of recriminations. And this, in turn, can help us to challenge low pay and poverty and deprivation levels in Ireland.

ICCT – A no-regrets option: What discussions in the European Parliament spotlight about a light-duty 2025–2030 CO2 standard for the EU

What Frances writes is probably true for many European nations, not just Britain, thus making it relevant reading for everyone. Frances Coppola  is the author of the Coppola Comment finance and economics blog, a contributor […]