If rising inflation is being driven by a weak supply-side rather than an excessively strong demand side, monetary policy won’t work. 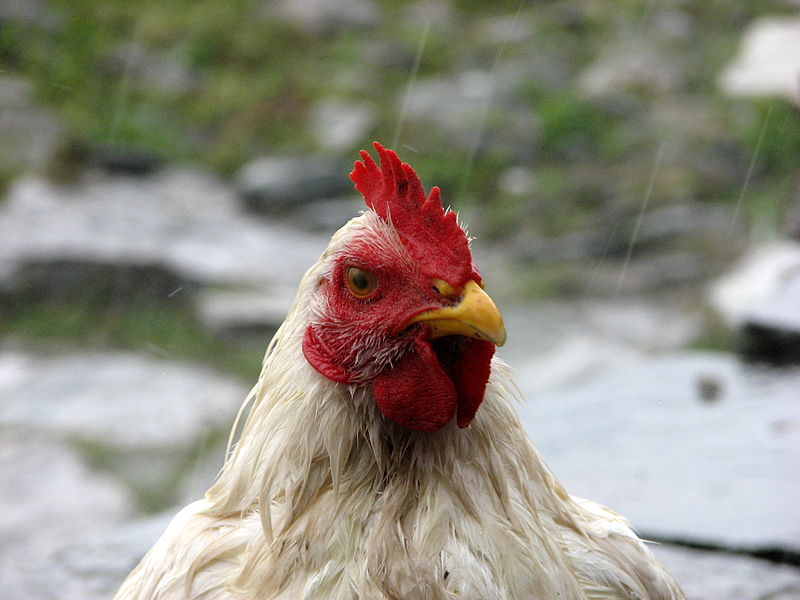 Photo: Amit Moscovich the copyright holder of this work, release this work into the public domain

The debate among economists continues on whether the recent hike in inflation rates in the major economies is due to a ‘supply shock’ or ‘pent-up consumer demand’; and related to that, whether the inflation rise will be ‘transient’ or ‘permanent’.

Supply or demand?  If prices rise, is it because supply is not rising ‘enough’ or demand is rising ‘too much’?  That’s like the chicken and egg argument.  There is an answer to that conundrum.  After all, the chicken came first.  Chickens evolved from previous species; their eggs simply reproduce more chickens.

Similarly, I would argue that prices and price changes are determined by changes in supply.  Or more precisely by the value of and changes in the value of commodities produced.  Value determines price at the highest level of abstraction.  Demand for commodities follows from the value produced and takes the form of money earned by workers (wages) and appropriated by capitalists (profits).

In a capitalist economy, the price and value of an individual commodity can diverge.  Money is the representation of value but when money is not in the form of another commodity like gold, then non-commodity money can diverge from the value of the money commodity; and prices do not then match the value in commodities.  Prices in a modern monetary economy are determined by the supply of value embodied in their production and by the supply of non-commodity money.  So price inflation is supply-driven.  Demand for commodities is determined by the combined purchasing power of workers wages and capitalist profits – if you like, these are the eggs produced by the chicken of value production.  These eggs are necessary for the production of more value (more chickens), but they are still the result of previous chickens’ supply.

Where does this meandering on my part takes us?  In my view, it helps explain the causes of the current inflation rises.  The COVID pandemic slump was clearly a ‘supply shock’.  Production collapsed with lockdowns, workers were sent home or into hospital, transport, and trade shuddered to a halt; social activity and events were replaced by isolation.  That then reduced demand, even though in the advanced capitalist economies, a major section of workers continued to get paid or got government handouts.

So household savings rose significantly during the slump of 2020.

This has led some to argue that these savings are ‘pent-up demand’ released in the year of vaccinations and economic recovery in 2021 and this created ‘excessive demand’ that caused the rise in the prices of goods and services – with inflation rates not seen for over 40 years.

There is undoubtedly some truth in this explanation.  But the ‘pent-up demand’ was the result of the previous supply shock and price rises have accelerated only because ‘pent-up supply’ has not followed.  Also, much of the savings build-up was among the richer income groups, who could work from home and not spend much; unlike those in ‘essential’ services and transport and retail who are generally paid less and had to go to work.

So any increase in consumer spending is limited because those at the top of the income pyramid tend to save more than those at the bottom. Indeed, savings rates are back to ‘normal’ now.

IMF economists have just released a paper that aims to measure the relative contributions of supply and demand to rising inflation in 2021.  Globally, the economists reckon that “close to half of that upward swing (in inflation) came from the change in the supply shock component, which had mostly exerted downward pressure on manufactured-goods prices in the pre-pandemic years. The share attributable to supply shocks varies across individual countries; it is estimated at about half for the euro area, 60 percent for Germany and 45–50 percent in the United States and the United Kingdom, and about 40 percent for France and Italy”.   Note the impact of supply shocks in Mexico and Japan.

I would argue that this supply-side ‘shock’ is really a continuation of the slowdown in industrial output, international trade, business investment and real GDP growth that had already happened in 2019 before the pandemic broke.  That was happening because the profitability of capitalist investment in the major economies had dropped to near historic lows, and as readers of this blog know, it is profitability that ultimately drives investment and growth in capitalist economies.

If rising inflation is being driven by a weak supply-side rather than an excessively strong demand side, monetary policy won’t work.  Monetary policy supposedly works by trying to raise or lower ‘aggregate demand’, to use the Keynesian category. If spending is growing too fast for production to meet it and so generating inflation, higher interest rates supposedly dampen the willingness of companies and households to consume or invest by increasing the cost of borrowing.  But even if this theory were correct (and the evidence does not support it much), it does not apply when prices are rising because supply chains have broken, energy prices are increasing or there are labour shortages. As Andrew Bailey, governor of the Bank of England, said: “Monetary policy will not increase the supply of semiconductor chips, it will not increase the amount of wind (no, really), and nor will it produce more HGV drivers.”

Nevertheless, the monetary authorities and mainstream Keynesian economists continue to emphasise ‘excessive demand’ as the main cause of inflation.  The hardline monetarists thus call for sharp rises in interest rates to curb demand while the Keynesians worry about wage-push inflation as rising wages ‘force’ companies to raise prices.  As FT columnist and Keynesian Martin Wolf puts it “What [central bankers] have to do is prevent a wage-price spiral, which would destabilise inflation expectations. Monetary policy must be tight enough to achieve this. In other words, it must create/preserve some slack in the labour market.” In other words, the task must be create unemployment to reduce the bargaining power of workers.  Full employment and wage increases are to be opposed.  Wolf and BoE governor Bailey claim this is to stop runaway inflation.  In reality, it is to preserve profitability.

As I have shown in previous posts, there is no evidence that wage rises lead to higher inflation.  We are back to the chicken and the egg.  Rising inflation (chicken) forces workers to seek higher wages (egg). Indeed, over the last 20 years until the year of the COVID, US real weekly wages rose just 0.4% a year on average, less even that the average annual real GDP growth of around 2%+.  It’s the share of GDP growth going to profits that rose (as Marx argued way back in 1865).

Throughout the recovery period from the pandemic slump, it is prices that have outstripped wage rises.  As former White House economist, Jason Furman has shown, during the pandemic, US real wages (even after including benefits) have been falling and are now well below the pre-pandemic level.

Researchers at the Dallas Fed agree.  They found that “real wages have been falling over the last six months… even if they got (as indeed they did) real wage gains earlier in the expansion.”

There are two other indicators that rising inflation rates are really due to supply ‘bottlenecks’ and not ‘excessive demand.  First, industrial production (IP). In the US, the fastest recovering major economy, industrial output has jumped back in 2021 from the deep contraction of 2020.  But the IP index is still no higher than seven years ago and only marginally higher than just before the Great Recession in 2008.  The productive sectors of the US economy have been stagnating.

Then there is retail sales, supposedly a measure of consumer demand ,although retail sales cover only about 40% total consumer spending (leaving out spending on health, utilities and transport etc).  The latest monthly figure for US retail sales was heralded as showing a dramatic boom in consumer spending.  But when you account for inflation in food, energy and other retail goods, real spending was falling through 2021.

If rising inflation is really an indicator of weak supply and not strong demand, it means that monetary policy tightening (and the Fed is now planning sharp rises in its policy rate starting next month), will not curb inflation without pushing the US economy into stagnation or slump.  There is a danger that the US economy is heading for a ‘Volcker moment’, when the Fed chief of the later 1970s hiked interest rates into double-digits to crush high inflation. That triggered a stock market ‘correction’ and the deep post-war recession of 1980-2.  Just as now, profitability was at a post-war low, so the sharp rise in the cost of borrowing just led to a collapse in investment and eventually production.

There was absolutely no reason for Mario Draghi to be there – and many against his participation. The decision of the European Ombudsman to ask the European Central Bank President to end his membership of […]

Guido Franzinetti – What went wrong in Eastern Europe? Orbán, Kaczyński and the demise of European Liberalism

It is difficult to find an objective analysis concerning the political developments in the Eastern EU nations. Guido Franzenetti is one of the few authors who provides one. Guido Franzinetti has carried out research and […]