Hungary and Poland have pursued a notably ‘populist’ approach to the economy in recent years, which has begun to spread to other countries in Central and Eastern Europe. Mitchell A. Orenstein and Bojan Bugarič argue that Central and Eastern European states’ dependence on foreign capital initially constrained them to follow neoliberal economic policies following their democratic transition. After the global financial crisis, populist parties began to break from this consensus, embracing a populist agenda which includes an economic programme built on a conservative developmental ‘statism’.

Mitchell A. Orenstein is a Professor and Chair of Russian and East European Studies at the University of Pennsylvania

Bojan Bugarič is a Professor of Law at the University of Sheffield. 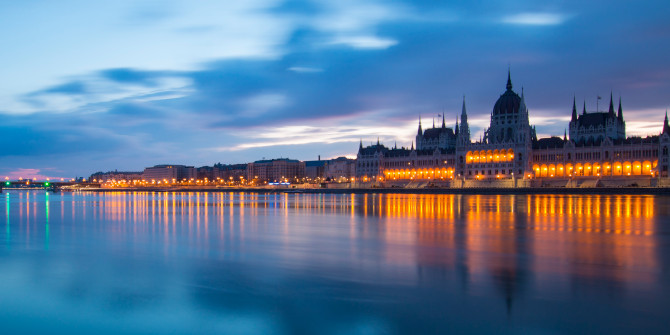 Since 2008, Hungary and Poland have developed a distinctive populist economic programme, which has begun to spread to other Central and Eastern European countries. What is it? Where did it originate? And what kind of impact is it having? We argue that, prior to 2008, the Central and Eastern European countries’ dependence on foreign capital forced even populist parties to endorse (neo)liberal economics. But after the global financial crisis, populist parties began to break from the liberal consensus, developing an economic programme based on conservative statism. Emphasising economic nationalism, workforce activation, and natalism, these policies recall the Vichy slogan of, “Work, Family, Fatherland.” Central and Eastern European countries’ shift towards economic populism has gone hand-in-hand with attempts to attract investments from Eastern authoritarian states, illustrating a connection we find between their development strategies and sources of foreign capital.

While populism arose for both cultural and economic reasons, Central and Eastern European countries have embraced neoliberal economic policies more than any other developing world region, even though their populations continue to believe that the state should play a strong state role in welfare provision. More neoliberalism created a greater possibility of populist backlash. Yet, this economic reaction was delayed. While Central and Eastern European governments launched highly disruptive neoliberal reform programmes in the early 1990s, the expected rejection or reversal of these policies – due to a turn to the left or a populist wave – did not happen. Until 2008, no major Central and Eastern European government rejected the economic policies of liberalism promoted by Western international organisations.

Scholars have theorised that Central and Eastern European governments continued to advance liberal economic policies due to a desperate need for foreign capital. In order to attract foreign investment, they competed with one another to adopt neoliberal economic reforms. International financial institutions such as the European Bank for Reconstruction and Development (EBRD) created ranking systems that showed exactly what type of reforms to introduce. Central and Eastern European countries competed with one another to rise to the top of these ranking systems, or at least to not fall too far behind. They competed not only among themselves, but against other developing countries. In this global competition, they started out behind. China began liberalising its economy in the late 1970s. Most other developing countries began in the early 1980s. Central and Eastern European countries rushed to catch up.

In this context, it is perhaps not surprising that populist right-wing parties, like most other parties, went along with the adoption of neoliberal reforms and soft-pedalled efforts to backtrack. David Ost points out that Poland’s Law and Justice Party, during its first term in office from 2005-07, “maintained and even advanced neoliberal economic orthodoxy, such as eliminating the inheritance tax and cutting payroll taxes, creating a deficit in the social security account that led to pressure to raise the retirement age” (p. 114)

Viktor Orbán’s pre-2008 governments in Hungary did not depart from neoliberal policy prescriptions either. Seán Hanley and Allan Sikk show that prior to 2008, populist parties in Central and Eastern Europe mostly combined “mainstream ideology on economic and socio-cultural issues with fierce anti-establishment rhetoric and demands for political reform, transparency and new ways of ‘doing politics’” (p. 522). They did not challenge the prevailing neoliberal economic policies pushed by the international financial institutions, since doing so could impede inflows of foreign capital. Some scholars believe this trend continues.

The result for voters in Central and Eastern Europe was that, despite discontent with rising inequality, low employment, high population outflows, and other ills, they could not shake these policies at the polls, no matter how they voted. Central and Eastern European voters rarely voted for incumbent parties. They often sought populist alternatives at the polls, but these alternative parties generally continued the same neoliberal policies, lost popularity, and were voted out in due course. Party systems remained volatile, but the policy regime remained more or less the same, thanks to governments’ awareness that they must subordinate their economic policy preferences to the larger goals of joining the European Union and North Atlantic Treaty Organization (NATO) and attracting investment, considered essential for security and economic development. As Cas Mudde puts it, the populist surge became a natural “illiberal democratic response to decades of undemocratic liberal policies” (p. 30).

The global financial crisis changed this dynamic. Suddenly in 2008 and 2009, when the crisis hit Central and Eastern Europe, confidence in neoliberal reforms as a method of attracting foreign direct investment and growth sharply declined. The global financial crisis originated in the Western economies. Central and Eastern European countries found themselves highly exposed because through privatisation, they had sold a majority of their banks to foreign, mostly West European, conglomerates. During the 2000s, this enabled hundreds of billions of dollars to flow into Central and Eastern Europe, a transformational wave of foreign investment that seemed to represent the reward for adopting painful neoliberal policies. Then, just as suddenly, it stopped, leading to deep recessions. Impressive economic growth of nearly six percent per annum between 2000-2006 was replaced by decline throughout the region.

Not surprisingly, some Central and Eastern European governments began to consider alternative economic growth models. Populist parties jumped to the front of the line to reject the economic policies of neoliberalism. The mainstream centre-left had discredited itself with traditional left voters by supporting neoliberal reforms. During transition, former communist parties sought to prove their capitalist bona fides by outpacing the right in advocating for neoliberal market reforms. Left parties pushed for European Union membership, which also required neoliberal reforms, hoping to restrain conservative nationalism over the long term. This left the field of welfare nationalism – support for welfare programmes benefiting deserving domestic populations and often serving nationalist goals – open to the far right.

Populists began to develop a compelling response to the grievances of citizens disappointed with neoliberalism: a nationalist, authoritarian populism, combined with a welfare chauvinist social policy, promising to protect ordinary people from liberal elites and grow the economy based on economic self-rule and a conservative developmental state. On the one hand, populists emphasised measures such as returning ownership of banks to domestic hands, imposing special taxes on foreign retail, and consolidating national champions in certain sectors of the economy. They sought to create more jobs, activating a workforce that had lost millions of jobs since 1989 and stemming out-migration, while promoting a conservative vision of family life through pro-natalist policies, intended to fight immigration, increase the domestic workforce, and create reasons for people to stay. A substantial split from the policies of neoliberalism, this (neo)conservative economics brought economic dividends to Hungary and Poland, the countries that pioneered it, and is now spreading to many other Central and Eastern European countries, as well as to countries like Britain.

China: A new economic model for the developing world – or should developing nations discover there own model from learning by doing? Branko Milanović is an economist specialised in development and inequality. His newest  book […]