Spain is confronted with the same problems as most other EU nations, which indicates that the economic, social, and environmental problems are not being solved by the EU, but created by its neo-liberal policies. 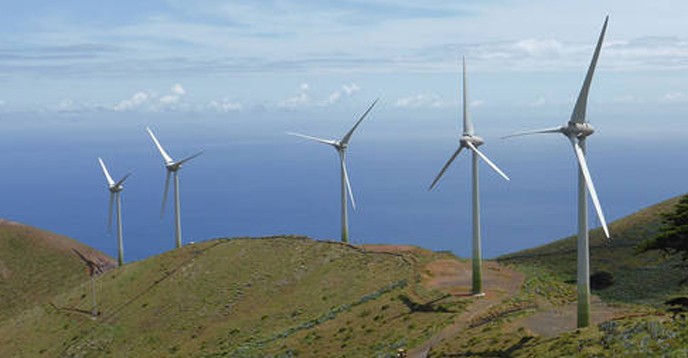 In Spain we have been having an intense political debate for years, a permanent electoral frenzy. However, following the recent general election, and now that it seems that the results are favourable to an agreement between the two great progressive parties -Podemos and the Socialist Party-, the time has come for us to move on to the fundamental debate: what are the main reforms and economic policies that must be promoted during the next legislative period?

The leading Spanish economists -mostly liberals- highlight the continuity of some very worrying structural trends in our economy, despite the current recovery: zero productivity growth hinders convergence with our European partners, the technological complexity of our exports is limited, and our financial system is worryingly concentrated and undercapitalised. These are undoubtedly crucial elements on which we all agree.

However, these mainstream Spanish economists also insist on some proposals that have already proven to be unsuccessful and counterproductive -such as fiscal austerity or wage devaluation- while omitting and ignoring others that are very necessary today.

First, mainstream Spanish economists continue to forget the current climate emergency. We economists must reorient our compass and place the decarbonisation of the economy at the centre of the agenda, promoting a broad programme of investments in renewable energy, energy efficiency in housing, and electrical mobility. These investments -a true Green New Deal- would also help to overcome the international slowdown, underpinning the creation of good jobs in our country.

Secondly, this “green” investment plan must also have a “purple” component, boosting social infrastructure that we lack and that is essential for advancing gender equality. Universalizing education from 0 to 3 years, and developing public care services for the elderly, would raise the employment rate of the economy and reduce the gender wage gap suffered by women. These institutions would help to socialize care work traditionally developed by women in the domestic sphere.

Thirdly, it is surprising how little importance the need to reduce social inequality plays in the proposals of the Spanish liberal economists: no economic transformation will be socially and politically sustainable if it does not go hand in hand with greater equality. The costs of living in such unequal societies are well documented today: inequality entails a structural lack of demand -with losses of potential growth-, political polarisation and social disaffection. We have different instruments to reduce inequality, but the intensity of the problem requires a comprehensive approach: on the one hand, we need changes in redistribution policies -with the establishment of a genuine system of Guaranteed Income for households without income, and a more progressive tax system to finance it. But we must also transform our pre-distribution model -with a rebalancing of collective bargaining in the labour market in favour of unions.

This brings us to a fourth challenge, which our liberal colleagues also tend to forget: it is urgent to put an end to the precariousness of jobs that exists in Spain, which hampers the vital projects of many people and damages the productivity of our companies. The labour reform that Spain implemented in 2012 has not reduced the very high degree of temporality that our economy has been carrying for decades, a heavy burden that entails job insecurity for millions of Spaniards. In fact today, after the aforementioned labour reform, the situation is even worse: temporary contracts last thirty days less than in 2008 and indefinite contracts have become more precarious (40% do not last for a year).

This shows that during the last decade not only have necessary reforms been postponed, but that some tried and tested policies have failed. The example of labour deregulation is evident. Liberal economists tend to argue that the increased labour flexibility resulting from the 2012 reform has facilitated GDP recovery. However, this is not empirically verified: the elasticity between employment and economic growth has not changed as a result of the reform.

Fiscal austerity is another good example of a failed policy, which led Spain to a dead end. We must dare to take a fresh approach. Today even mainstream economists such as Krugman, Stiglitz, or Blanchard warn against the obsession to continue reducing public deficits once they have entered the “accepted” level, as is the case in Spain. The abandonment in 2015 of fiscal austerity in its hardest version allowed economic growth to return to Spain. Going back again to strong fiscal austerity -as liberal economist demand- would be counterproductive, given that the current slowdown would accelerate: cuts in public spending have negative effects on economic activity, and therefore end up making it difficult to reduce the debt-to-GDP ratio, achieving results contrary to those initially intended by the reduction in public spending. In fact, today we have to move in the opposite direction: we must take advantage of the current situation to finance socially and economically profitable public investment programmes at low rates, such as “green and purple” investments. For this reason, the revenues obtained from the necessary reform to make the tax system more progressive in our country should not be used to further reduce the deficit, but rather to boost these investments.

Finally, the modernization of our productive structure also requires a change of perspective. As international experience has shown, an active industrial policy is needed to lead and drive innovation and business clusters, to set strategic priorities, to facilitate an increase in business size and cooperation between firms, and to build the public bank needed to finance these changes.

We cannot look the other way in the face of our nation’s great economic challenges. The fight against climate change, the reduction of inequalities or job insecurity must be placed at the centre of Spain’s agenda, with the same priority as the improvement of productivity or business modernisation. And fiscal policy must serve to tackle these challenges, not to hinder them.

The Coronavirus was not an accident. It is the result of excessive human pressure on the biosphere resulting from an economic system that destroys everything on this planet to perpetuate itself.  Jule Goikoetxea is a […]

Wolfgang Schäuble is no longer Finance Minister of Germany – and de facto of Europe. Following eight years of misguided and destructive policy Europe is trying to extricate itself from Schäuble’s failed legacy. The very […]