Rules and laws are to often there to protect the rich and the powerful, not the common good.

Nick Shaxson is the author of the books Poisoned Wells, Treasure Islands, and The Finance Curse, and a staff writer for the Tax Justice Network 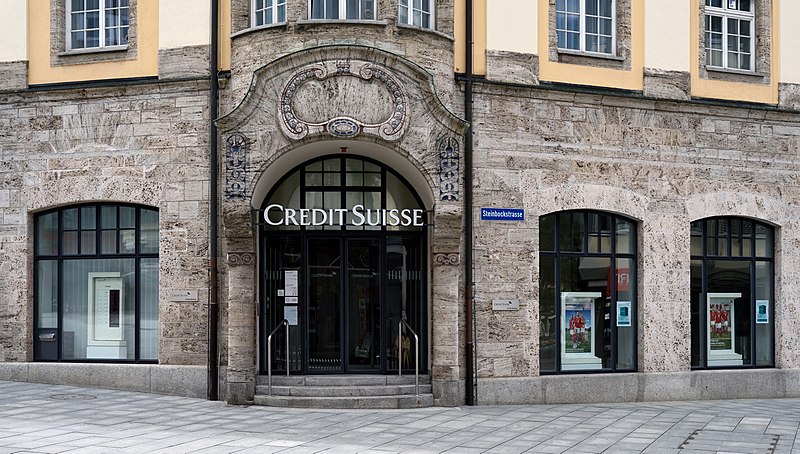 For some years now we’ve heard the same message, widely reported in Swiss media, and often abroad: that Switzerland used to be a nasty tax haven, but now it’s cleaned up.

Our Financial Secrecy Index, where Switzerland ranks as the world’s third biggest supplier of financial secrecy, shows how even the laws and rules on Swiss books – let alone enforcement of those laws – are still rigged in favour of the world’s ne’er-do-wells. Switzerland also ranks 5th on our Corporate Tax Haven Index, a ranking of countries most complicit in multinational corporations’ tax abuse in particular. The impact of Swiss ‘success’ in these areas amounts to, TJN estimates, tax losses suffered by other countries of some US$21 billion a year, or enough to fully vaccinate more than a billion people against COVID.

The latest “Suisse Secrets” leaks via Germany’s Süddeutsche Zeitung and co-ordinated by the Offshore Crime and Corruption Reporting Project (OCCRP) focus on a subset of leaked records from the Swiss bank Credit Suisse.

The miscreants include a Yemeni spy chief implicated in torture; the sons of an Azerbaijani strongman who rules a private fiefdom; a human trafficker in the Philippines; a Hong Kong stock exchange boss jailed for bribery, a billionaire who ordered the murder of his Lebanese pop star girlfriend, and corrupt politicians and executives from Egypt to Venezuela to the Vatican to Ukraine.

And, of course, plenty more.

The Swiss laws might look good, to the casual observer. But practically, despite the worldwide rise of automatic exchange of information (AEOI)↪NOTE in the past decade or so, where governments are supposed to exchange relevant financial information with their peers (to help them enforce criminal and tax laws), Switzerland has carefully carved out exceptions to help their bankers – and the world’s criminal classes.

For example, Article 47 in the Federal act on banks and art. 127 Direct Federal Tax Act have not changed, despite the global rise of AEOI. Lower-income countries in particular are penalised by the exceptions and loopholes Switzerland has inserted. For instance, as Dominik Gross of Alliance Sud in Switzerland described it:

“Switzerland has an AEOI agreement with Nigeria. But if an oil trader from Nigeria works with a Swiss law firm that operates a shell company for him in Panama, there is no exchange of information between Nigeria and Switzerland because the law firm is the owner of the account.”

An undercover journalist posing as an African investor was told by the bank that secretive numbered accounts existed but were being phased out, and instead was steered towards setting up a trust, a vehicle that has long been a bugbear of transparency campaigners. And OCCRP pointed out:

“a new draft law that would allow Swiss bankers to create trusts in Switzerland for the first time.”

It is also worth highlighting, in particular, that Art. 47 is a very strong Anti-Whistleblower legislation, imposing a prison sentence of up to three years on banks and their employees if they disclose client data to unauthorised third parties. And this has chilled democratic debate in Switzerland. As OCCRP stated:

“Journalists and experts say Switzerland’s draconian banking secrecy laws effectively silence insiders or journalists who may want to expose wrongdoing within a Swiss bank. A Swiss media group was unable to participate in the Suisse Secrets investigation due to the risk of criminal prosecution.”

As with all tax havens, the deference to criminals and the wealthy makes for a topsy-turvy world. You might have thought that larger customers would be subject to more intensive checks on the source of their larger funds, but of course it’s the other way around. As OCCRP reported:

“Due diligence of customers and accounts –– say at a level of $1 million –– are very thorough,” said a former senior executive. “But when it comes to high net-worth accounts, bosses encourage everyone to look the other way and managers get intimidated about their bonuses and job security. In addition, very big accounts are kept so secret that only a few senior executives might know who owns them.”

As we have often said before, this calls into question a number of research reports into these issues, where researchers painstakingly contact representatives in tax havens, asking to set up shady offshore services, and some tax havens obtain good marks – because such approaches are often turned away – in turn because they appear to be from the ‘little fish’. Once you’re in the system, once you’re a big fish, and trusted (consider how insidious the use of the word ‘trust’ is there,) to do the right thing by the bank, the rules and laws that apply to the rest fall away.

The rise in anger across western societies is fueled by exactly this sort of thing. It is an inequality problem, a national security problem, a corruption problem, a market-rigging problem, and perhaps above all, a democracy problem.

There are, as with previous leaks, so many potential take aways here. Professor Sol Picciotto, who has followed these issues for many years, said of the Financial Action Task Force (FATF) that is supposed to be cracking down on these problems:

“I think it’s time we targeted the FATF for having failed to focus on the central issues, such as transparency of beneficial ownership, and the abuse of devices such as trusts, hiding behind the enormous apparatus of AML “regulation” which has clearly only papered over the evident faults of the system.

It should now be entirely feasible to create a digitalised system of asset ownership that would both safeguard genuine privacy and allow access to information for appropriate agencies. This would cost a fraction of what is spent today on defective and pointless KYC requirements that oblige ordinary people to produce evidence such as utility bills to open a small bank account.”

“After all we’ve learned from 50 years of investigations and “the banality of exposes,” a formal International Financial Crimes Court, with subpoena and investigatory power, may be long overdue. For in many ways these institutions are facilitating the kind of resulting human rights violations that the ICC, at its best, is supposed to prosecute.”

From how UK banks create money to how they managed to lose so much of it in the last crisis, there are some persistent misconceptions that must be challenged. A bank’s privilege is not only its ability […]

There is a concerted effort by EU leaders to keep people seeking asylum out at all costs, & far too often they pay the ultimate price. At least six people have died each day trying […]