Is the glass half full or half empty? The answer lies with the economic institute of the beholder.

Norbert Häring is a financial journalist at the German daily business newspaper Handelsblatt,  blogger, and an award-winning author of popular books on economics and finance. 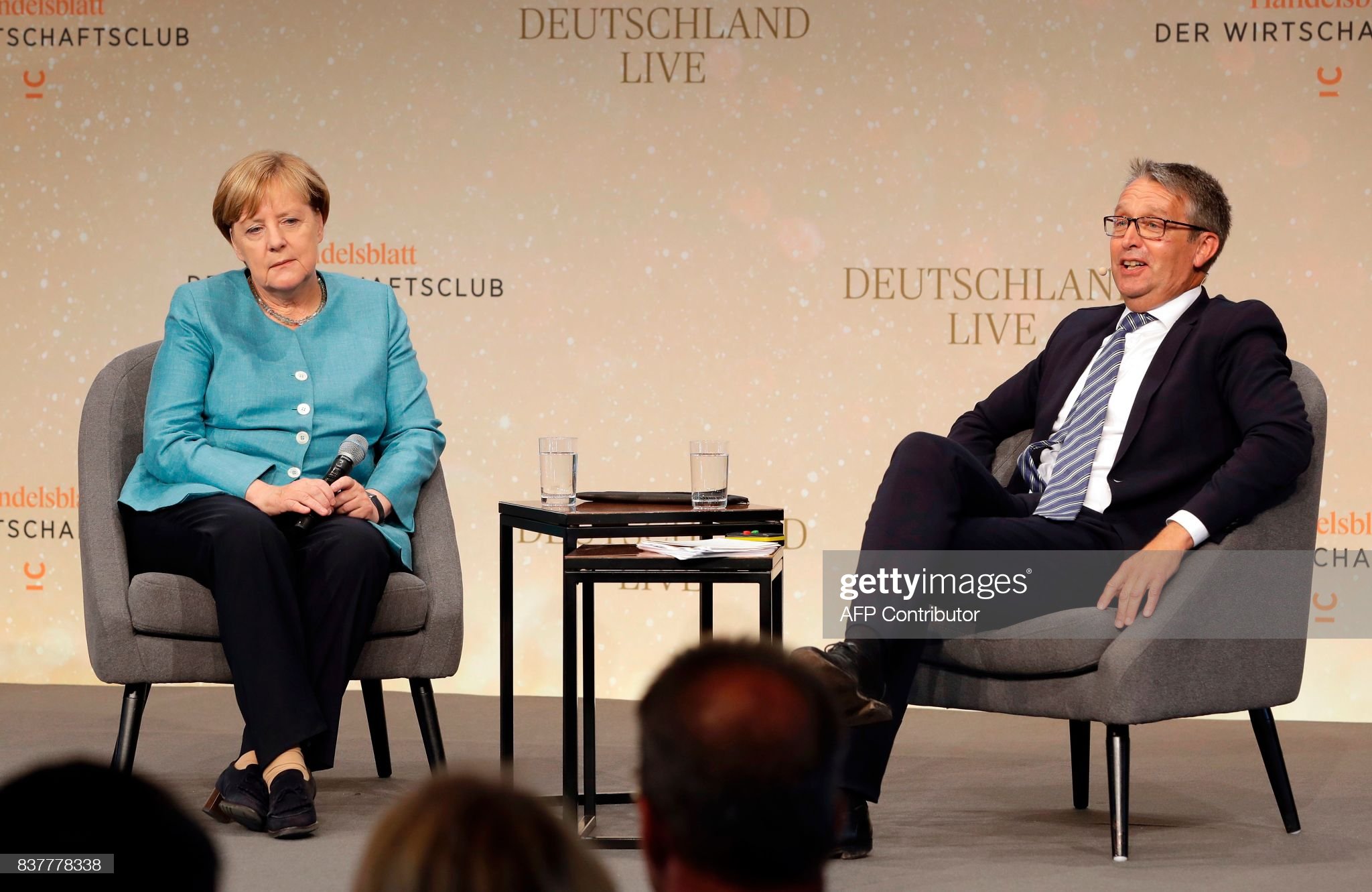 Gabor Steingart, former editor of the German business daily Handelsblatt, and currently building an editorial ship* to be based in Berlin, has peered beyond the fog of exaggerated discussions on climate change and the corona virus. He has identified rising unit labour costs as Germany’s real problem. It is leading to Germany’s decline, and a loss of competitiveness. A knowledgeable look at what unit labour costs are could sweep aside his concern.

Steingart writes about a recent study by the German Economic Institute (IW) in Cologne, which in his view deserves to grace the front pages of all serious newspapers:

“The coverage of climate change and the corona epidemic, which has been taken into the realms of shock and horror, dwarfs all other facts, including those about the decline of the German economy.”

In the first three quarters of 2019, unit labour costs rose by an alarming 6.7 percent – more than in any other country studied. Germany’s competitive position vis-à-vis the euro zone is thus as bad as it was in 2002 and only three percent cheaper than in 1999, he concludes, asserting that current chancellor Angela Merkel has squandered all the progress made by her predecessor Gerhard Schröder with his Agenda 2010 labour market reforms.

What is it about these unit labour costs?

Unit labour costs have another name that most people can understand better: the wage ratio. Unit labour costs indicate the share of total value-added that employees receive and – conversely – the share that capital owners receive.

While we are used to thinking of costs as something unequivocally bad, the term wage ratio invites us to look at it from different angles. An employers’ institute like the IW, whose analysis Steingart refers to in his alarmist article, naturally likes a low wage ratio more than a high one. The employees see it differently. Politicians who are committed to the welfare of the great mass of (salaried) citizens tend to see things somewhat differently too. For them, a high wage level in a country is synonymous with a high level of prosperity and thus a sign of success.

One could just as easily calculate unit capital costs as unit labour costs. This would then invite the conclusion that we need to squeeze the returns that equity and debt capital providers demand in order to make Germany more competitive. But for some inexplicable reason, the IW does not do this, but exclusively and frequently analyses and bemoans the development of unit labour costs. It could be a useful exercise for the economic research institute IMK, the trade union equivalent of the IW to do it instead.

Why have unit labour costs in German industry risen so sharply recently?

The fact that unit labour costs in German industry rose more sharply in the first three quarters of 2019 than in other countries is primarily due to the fact that industrial production, especially automobile production, which is so important for the country, has suffered particularly badly because of falling export demand. Since wages do not fall with sales, the wage ratio increases when sales fall. If sales increase strongly, the wage ratio falls accordingly.

So for the time being, the increase has very little to do with the competitiveness of German industry due to high wages, but rather with a decline in demand in important markets, as well as the self-inflicted decline in sales due to the diesel fraud of car manufacturers.

Has Germany lost its competitiveness?

The idea that Germany is no longer sufficiently competitive seems off the wall, or even absurd.

Germany is “export world champion”. This argues strongly against the idea that German industry is not competitive. If you look at the current account surplus, you even have to come to the conclusion that German industry is still far too competitive. The current account surplus measures how much more German companies and households get paid from transactions with foreign countries than they pay out abroad. Germany pays a great deal to foreign countries for tourism and free transfers, like development aid or EU contributions. The export surplus of industry over imports is enough to compensate for this and, in addition, to ensure a total surplus of over 200 billion euros per year since 2014. In such circumstances, complaining about a lack of competitiveness is a sign either of considerable ignorance or some self-serving motive.

A current account surplus of over 200 billion euros per year means that other countries have accumulated additional liabilities to Germany of one trillion euros in less than five years, or that Germany has accumulated the corresponding claims. The higher this mountain of claims grows, the less likely it is that the debtors will actually be willing and, above all, able to settle their liabilities. If, for example, the monetary union breaks up because southern countries can no longer withstand the overwhelming German competition, it is very uncertain how much of the almost one trillion claims will be worth that Germany has from the ECB’s Target 2 payment system.

For the long-term prosperity of Germany it would therefore be better to increase wages and salaries and to become somewhat less overwhelming in competition. Whether this would then increase unit labour costs (= wage ratio) depends on whether or not unit capital costs (= interest on borrowed capital and profits) fall in return. When wage costs were pushed down by Gerhard Schröder’s Agenda 2010, this caused unit capital costs to rise sharply.

Whose are Gabor Steingart’s allies?

The daily right-of-centre Die Welt already did what Steingart has suggested back in 2016 and published one of these regular IW alarms on its front page. Germany has apparently been on the decline for at least four years. I recommended that article at the time as an example to teach economics students and budding business journalists how not to do it.

I wonder if this is a coincidence? After all, Die Welt is owned by the conservative Springer group which is actively involved in Gabor Steingart’s editorial ship project.

*The editorial ship Pioneer One is expected to ply the river Spree, starting early this summer, close to the seat of government in Berlin, providing a platform for “independent” news-gathering and media activity.

Financial crises are often the product of private debt being too high. According to Richard Murphy this situation is rapidly approaching in Britain. The question is what to do when the crisis arrives? Richard Murphy […]

Austerity continues unabated in Britain and the EU. Behind a conflict that  obsesses corporate media lies a basic consensus: neo-liberalism John Weeks is Professor Emeritus at SOAS, University of London, and associate of Prime Economics   […]