For a decade now Germany has been following a disastrous economic and environmental policy. Reality has caught up with this.

Norbert Häring is a financial journalist at the German daily business newspaper Handelsblatt,  blogger, and an award-winning author of popular books on economics and finance. He holds a Ph.D. in economics and is Co-Founder and Co-Director of the World Economics Association. 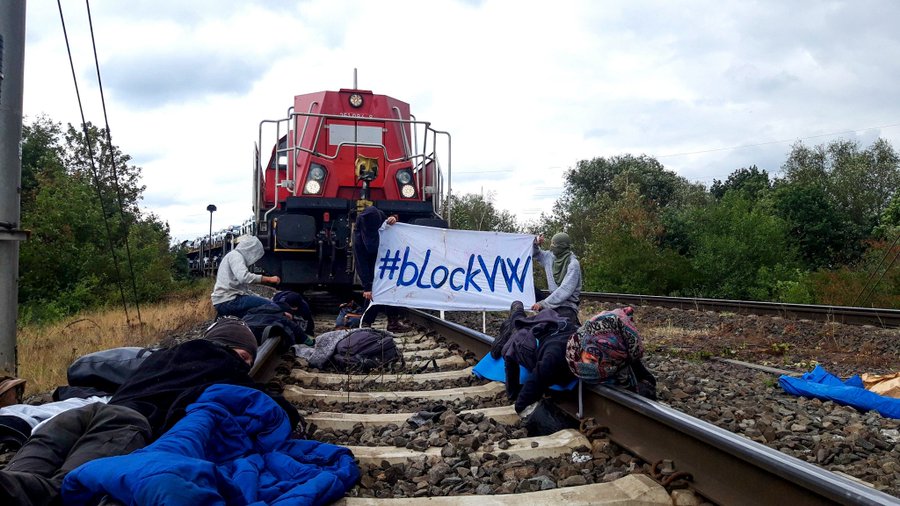 German economic output contracted in the second quarter and most indications point to a worsening in the third quarter, which is just halfway through. The culprit is only superficially Donald Trump and his trade wars. The German economy has been on an unsustainable path in several respects. Now the government is called upon to act courageously and intelligently to ensure that a deep restructuring crisis is avoided.

The German success model was not sustainable because it ignored the limits of the rest of the world’s ability to borrow money to pay for German exports and because it omits the fact that we are already very close to the limits of the ecological resilience of our planet.

As far as economic limits are concerned: In the long run it is not feasible that, in addition to China’s massive economic expansion through exports, rich Germany too tries to increase its prosperity through exports and austerity, resulting every year in a seven or eight percent trade surplus. The counterpart to the export successes of these two nations is that the rest of the world is building up ever higher foreign debt. The longer this continues, the more countries will reach their debt limits and will no longer want or be able to participate in this game. If Trump hadn’t stood his ground, sooner or later others would have. Or simply more and more nations – including EU countries – would have descended into crises and would no longer have been able to buy German exports.

As far as ecological limits are concerned: Without a plan on how to reconcile private transport with the requirements of climate protection and liveable cities, an economy like Germany’s that depends to a large extent on the unchecked growth of private transport will sooner or later have to slide into crisis.

So the German economy is currently experiencing a combination of economic crisis and fundamental transition problems, which has the potential to become a deep structural crisis. The only way to counter both now is for the government to plan and act quickly and courageously.

Against the economic crisis

To counter the deepening recession, a switch to a deficit fiscal policy in order to stimulate demand will help. This is because companies and private households have a tendency to reduce their spending during a crisis. This can easily lead to a downward spiral due to lack of demand, loss of income, savings, and thus even greater lack of demand.

What does not help, or at best in the very short term, are measures that are based on the wrong diagnosis that Germany has not done enough for its competitiveness. This false claim is the basis for demands to cut taxes for companies and similar measures. The assertion that German industry is not price-competitive enough is downright absurd in view of many years of huge export surpluses.

In order to prevent a deep transformation crisis in German industry, it is important that the additional money is spent in a manner that helps to solve the long-term challenges and does not exacerbate them. Intelligent and reliable planning is required. This creates the conditions for the necessary investments by the private sector, because companies will not invest more than necessary in unsustainable business models and in new business models only if the risk is not too high. Politicians must therefore not continue to seek headlines with incoherent, symbolic actions, such as the planned ban on plastic bags and a scrapping premium for oil-fired heating systems.

An integrated overall plan is lacking

With regard to energy policy, the lack of a master plan makes the myriad individual measures too expensive and at the same time ineffective. The same applies to transport policy. The policies for both of these seem to be contradictory. If we are to promote solar energy and wind power on a massive scale, we need a coherent plan for dealing with the volatility of energy production from these sources. The massive increase in the number of electric cars on the roads, which the government has been trying to achieve but has not yet achieved due to the lack of a charging network, would exacerbate the problem even further. Imagine ten days without sun and wind in December, with millions of electric cars whose batteries run out of energy. After a few days, in addition to their normal electricity needs, everyone would want to charge their batteries and bake Christmas biscuits, but there would be no solar or wind power.

However, the government is not showing any signs of is working on a comprehensive integrated plan for energy supply, distribution, and use. Even the regional distribution of power plants and the expansion of the distribution network do not appear to be properly coordinated.

– Terminate energy generation using lignite, while promoting job creation in the affected regions. Wherever possible, make state licenses and contracts dependent on investments being made in these regions.
– Draw up a reliable plan for the expansion of local and regional public transport so that the automotive industry can shift their capacities more confidently.
– Support Car-Sharing financially and administratively and ensure through government coordination that the necessary economies of scale (large supply with cars on almost every corner) are achieved, especially in rural areas.
– Place a CO2 tax not on the consumers of energy resources, because they are far too many, but on the much less numerous importers and producers of these energy resources. Then it is much easier to handle.
– Draw up a plan of which sectors will be affected if the CO2 price is raised to the necessary level, and what will be done to prevent mass-unemployment. Without this, the talk of CO2 pricing is only a symbolic policy, because the price will necessarily remain too low.
– Stop talking about emission-free means of transport, etc., because they do not exist. Even the sailing yacht, with which Greta Thunberg sails from Europe to the UN in New York, is responsible for a lot of CO2, if you calculate correctly. If you pretend that electric cars are emission-free, you cannot create a realistic and effective policy.

The sad truth then becomes apparent: we cannot achieve climate targets without a substantial reduction in our material consumption. But that does not have to be bad. There are many things that could significantly improve people’s lives without being associated with material consumption – first and foremost better elderly care, better childcare and health care, less work, more leisure time and more meaningful leisure activities.

We’ve always said that the #LuxLeaks whistleblowers Antoine Deltour, Raphaël Halet and investigative journalist Edouard Perrin should never have been charged because the disclosures they were involved in were so obviously in the public interest, […]

Carmen Juares has been leading CCOO’s organising of a historic 9-day strike of Glovo riders in Barcelona. Speaking to the Gig Economy Project, Juares says that the big unions “need to be willing to step […]

If the EU cannot even enforce the most simple task of reducing air pollution, who seriously believes it is going to do anything about the climate crisis? Lobbyists and the EU political elite will be […]