The light is on in the living room. The accommodation is well heated. The bath tub fills with hot water. In this country, these things are taken for granted. But more and more people are worrying about whether they will still be able to afford the costs of electricity and heating tomorrow. Low-income households already spend about ten per cent of their income on these things. 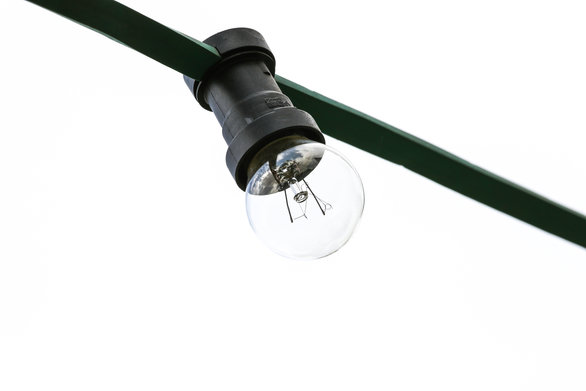 “People who live in rented accommodation often have little scope for increasing energy efficiency and thus reducing costs. They are dependent on the landlord carrying out the necessary improvements,” says Dr Katja Schumacher of the Oeko-Institut. “At the same time, things like the carbon price on heating and transport fuels are felt particularly keenly by people in this group.” In the project on “Distributional effects and social impacts of climate-policy measures in the fields of housing and mobility”, funded by the German Federal Ministry of Labour and Social Affairs (BMAS), the Oeko-Institut has taken a detailed look at the opportunities for making climate-policy measures compatible with social equity. “This involved not only drawing up proposals for climate change mitigation measures but also looking at distributional effects and analysing obstacles and conflicting objectives.” The researchers considered numerous instruments, ranging from limits on the transferability of the carbon price and a stronger emphasis on disadvantaged areas in energy-oriented urban renewal programmes to the universal inclusion of a climate bonus in transfer payments for low-income households and the local provision of energy-saving advice through Electricity-Saving Checks.

According to Dr Sibylle Braungardt, who deals with the heat transition in her work at the Oeko-Institut, the focus must be partly on instruments that make modernisation compulsory but also provide support – “This means minimum efficiency standards for existing buildings, but also subsidies to enable these standards to be achieved.” The present renovation and modernisation rates, she says, must be at least doubled. “In France, for example, rent increases are not permitted for buildings in the worst efficiency classes and from 2023 there will be a ban on renting out these properties. For 2028 France is also planning to make it compulsory for all buildings to conform to at least efficiency class E.”

Support must also be provided to renters who are hit particularly hard by rising energy prices. “At present, for example, the carbon price on heating fuels can be fully transferred to them; that must be restricted. Not least because the present system provides no incentive for renovation and modernisation, which has to be initiated by landlords,” says Dr Katja Schumacher. In the project “Carbon pricing and the reform of the taxes and levies on electricity: The refunding of the Renewable Energy Act (EEG) levy” the Oeko-Institut researchers have explored how the revenue from the carbon pricing scheme can be returned to the public in a socially equitable way. “A carbon price – and actually one that is significantly higher than today’s price – must be a key component of German climate policy, because it makes fossil fuels uneconomic and hence promotes green technologies and climate-friendly behaviour,” says Dr Schumacher. “But when it comes to using the revenue there is as yet no concrete, quickly deployable and socially equitable scheme.” The study for the Climate Neutrality Foundation recommends, among other things, increasing the carbon price to 60 euros by 2023 and to at least 80 euros by 2025. “At the same time, the burden on the public should be relieved by gradually reducing the EEG levy and abolishing it completely by 2025. As revenue rises, further forms of relief can be introduced – for instance, by reducing the electricity tax or bringing in a citizens’ climate payment.” The study shows that this sort of refunding is possible. “In addition, this creates incentives to electrify buildings and transport, and it promotes key technologies such as heat pumps and electric cars,” says Schumacher. The concept also has benefits in the form of distributional effects, with lower-income households receiving the greatest proportional relief. “That is important, because at present the costs of environmental policy measures are unfairly distributed and households that are under severe financial pressure are definitely not responsible for the largest proportion of greenhouse gas emissions.”

The study, which is funded by the German Federal Ministry for Labour and Social Affairs, also identifies other tools that can be used to make environmental policy socially equitable. “Another important aspect is a climate component in the housing allowance to allow for the possibility of higher rental costs after modernisation. And claiming the housing allowance must be made more attractive, because at present only about half of those who could claim are applying for it,” says Schumacher. “Rules for hardship cases are likewise important.” The cap on the proportion of modernisation costs that can be charged to tenants could be reduced from its current level of eight per cent. “In Berlin and some other cities a climate bonus is already paid to recipients of transfer payments. It could be worth introducing this everywhere to cushion the effect of rent rises as a result of energy modernisation measures.” More extensive information and advice programmes – for both tenants and landlords – are also important, she says. “And of course the effectiveness of the instruments must be carefully scrutinised after a certain time.”

Schumacher goes on to say that social measures in the field of affordable housing must always be linked to incentives for ambitious energy efficiency improvements. “Private households spend more on housing than on anything else and the associated costs are an important lever for relieving the pressure on people with low incomes,” she says. “At the same time, social aspects must never be considered in isolation – other areas such as transport, clothing and food must also be taken into account.” The goal, she says, is for households to be able to play a part in mitigating climate change without having to worry unduly about whether they can afford the lighting in the living room and the heating in the kitchen – or the metro ticket and a healthy meal.

The European Commission is missing another historic opportunity to phase out fossil fuels in the ‘Fit for 55’ package, leaving the door open for coal, gas and oil to stay in the EU energy system […]

COP26 is a critical moment in human history, says Tina Rothery and Rupert Read of GreensCAN. The summit holds the potential to avert the climate crisis, but this can only occur if significant policy changes […]

Branko Milanović – Football: From a people’s game to a game fit for the rich only

Why should we expect that some parts of our lives would remain not entirely commercialized, when everything else is, and we ourselves eagerly participate in this huge commercialization? Branko Milanović is an economist specialised in […]