As the Oeko Institute points out, the EU Commission has not appropriately dealt with the facts in deciding to declare nuclear energy a “sustainable energy”. 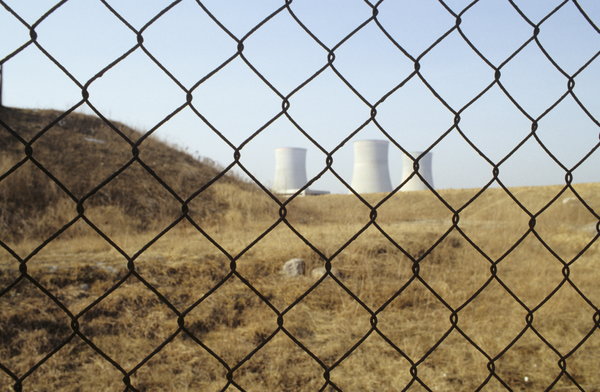 The Joint Research Centre (JRC) report, produced on behalf of the European Commission to assess whether nuclear energy can cause “significant harm” to human health and the environment, fails to consider in sufficient depth key risks such as the threat of catastrophic accidents and the proliferation of nuclear weapons. The JRC’s conclusion that nuclear energy does not cause significant harm and may therefore be promoted by the EU as a “sustainable” technology in tackling climate change does not stand up to scrutiny, as the Oeko-Institut’s analysis shows. Judging solely by the risk of severe accidents, it is self-evident that “significant harm” cannot be ruled out and that nuclear energy therefore cannot be classed as “sustainable”.

This is the conclusion drawn in an Oeko-Institut analysis on behalf of the Heinrich-Böll-Stiftung European Union, which reviewed the key arguments presented in the JRC report. In a policy paper, the researchers assessed the risks associated with severe accidents and nuclear weapons proliferation; a third aspect – nuclear waste disposal – was analysed by Ben Wealer from TU Berlin.

The JRC’s assessment of the potential dangers emanating from nuclear power plants after major accidents is based on inadequate data and analyses. For example, very little scientific literature was reviewed and very few indicators were used to assess risk. Although the report looked at severe accident fatality rates and maximum consequences, it failed to apply other key indicators, such as the number of persons evacuated or relocated, land contamination, which can persist for decades or even centuries, and the economic impacts of a severe accident.

To sum up: “The JRC’s discussion of these important issues is not an adequate basis on which to make a robust assessment of the risk of a major accident,” says Dr Christoph Pistner, Head of the Nuclear Engineering and Facility Safety Division at the Oeko-Institut. “As we have seen in the recent past, major accidents can occur at nuclear power plants, and they can have significant impacts on human health and the environment.”

Nuclear technology can be used both for peaceful energy generation and for military purposes – in other words, to manufacture nuclear weapons. In practice, however, the JRC report largely disregards the issue of proliferation, i.e. the spread of nuclear weapons, technology and fissionable material. It sidesteps the complex history of proliferation, referring instead to existing control regimes under international treaties, and fails to address the real and ongoing risks posed by the military use of civilian nuclear technology.

“Any deployment of nuclear weapons would have catastrophic impacts on human health and the environment,” warns Dr Matthias Englert, a nuclear expert at the Oeko-Institutet and co-author of the study. “A discussion of the dangers posed by nuclear energy that fails to address the issue of proliferation is therefore incomplete and does not allow viable conclusions to be drawn for further policy review.”

The European Union’s Taxonomy Regulation aims to channel investment into a sustainable, low-carbon economy. To that end, the European Commission has defined criteria for environmentally sustainable technologies that may qualify for EU funding. Examples are technologies that mitigate climate change or support adaptation, such as renewable energies.

Does nuclear energy satisfy these sustainability criteria? The Technical Expert Group (TEG) established by the Commission was initially unable to reach a definite conclusion. It therefore recommended that unresolved questions be answered by the Commission’s science and knowledge service, the Joint Research Centre, which presented its final report – discussed here – in March 2021.

“Nuclear Power and the „do no significant harm” criteria of the EU Taxonomy”: Working Paper by the Oeko-Institut (long version)

Merisa Thompson – Why the Gendered Political Economy of COVID-19 Matters

While the government injection of money into the economy is welcome, it highlights just how undervalued ‘women’s work’ still is in our societies Merisa Thompson is Lecturer in Gender and Development, School of Government, University […]

Richarld Murphy called for directors of such companies to face unlimited liability for their actions, unleashing a torrent of comment in praise and condemnation of rude capitalism at work. Richard Murphy is Professor of Practice […]

Steffen Stierle – Looking to the North

This is an interesting analysis, as Scandinavia is rarely a topic for politicians and the media in the stringently neo-liberal rest of the EU. To select Norway as a model is somewhat borderline, as the […]