Patrick Cockburn with his latest update concerning the war in Ukraine 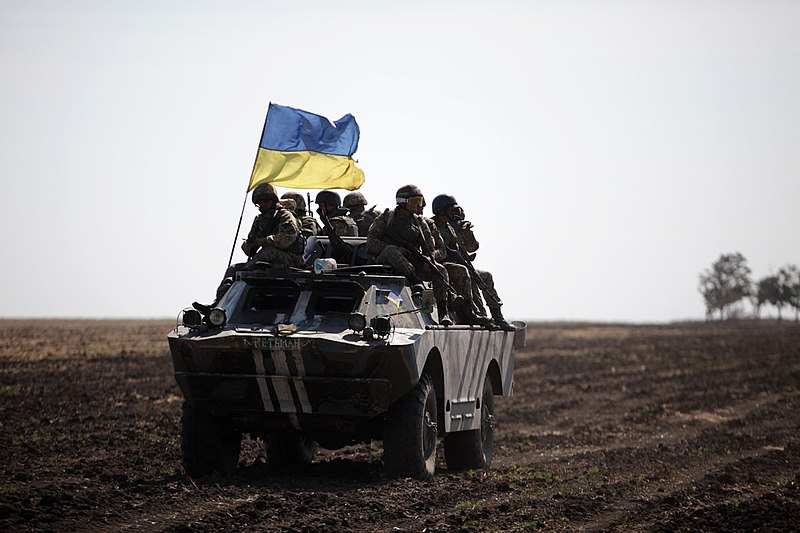 Ministry of Defence of Ukraine icensed under the Creative Commons Attribution-Share Alike 2.0 Generic

Russian tanks and artillery are deploying to attack Kyiv and Kharkiv, but, even if they succeed in capturing the cities, this will not alter the fact that Russia has already been defeated in the war in Ukraine.

President Vladimir Putin started a war he could never win against 44 million Ukrainians supported by the US and Europe in the crazed expectation that his military campaign would be a walkover. By doing so, he united the rest of Europe against Russia, forcing Germany, France and Italy to line up with the more hardline US and Britain to a degree not seen even at the height of the Cold War against the Soviet Union.

But the nature and timing of the Russian defeat remains of crucial importance because Russia remains a nuclear weapons superpower, technically able to kill a large part of the planet’s population. If the war in Ukraine continues for a long time, it is all too easy to see how the Russian war in Ukraine could escalate into a conventional conflict against Nato and then tip into a nuclear exchange.

The very weakness of Moscow on display over the past week makes it more likely that it would consider the nuclear option as the only high value card it has left when confronting superior Nato forces. In addition, Putin’s paranoid misjudgements suggest that his decisions on deploying nuclear weapons may be equally irrational.

Nuclear war may still be a distant prospect but it is closer than it was a week ago. This makes a diplomatic exit from the Ukraine crisis particularly attractive over letting it escalate further, even if the final outcome is not in doubt. China – Russia’s last important ally, though an increasingly distant one – says, after discussions with Ukraine, that it is willing to help broker a ceasefire. It abstained rather than vetoed the UN Security Council resolution condemning the invasion and expressed “extreme concern about the harm to civilians”. China seems to have been caught by surprise by the invasion itself, ridiculing Western warnings and failing to evacuate Chinese citizens.

There will be an element of self-protection in the Chinese stance. They will not want to be tainted by the consequences of Putin’s unforced error or become a target for sanctions.

Russia and Ukraine have had one round of negotiations and both said they were willing to attend another on Wednesday. President Volodymyr Zelensky says that the bombing will have to stop before there are negotiations but the likelihood is escalation not de-escalation.

Not only is the bombing not stopping, it is becoming more intense. Russia appears to be planning traditional military assaults on Kyiv and Kharkiv, using tanks and infantry supported by firepower from artillery and air strikes. The Russians will probably tell civilians to leave before they attack or be treated as combatants.

If this does happen, it could spark a mass exodus which will save lives, but at the same time cripple Ukrainian cities as political, administrative, commercial and informational hubs. This was the pattern in sieges in Syria, Iraq, Lebanon and Gaza over the past 40 years, regardless of the nationality of the besieging army.

Russia will inevitably pay a heavy price for this brutal style of warfare because every civilian killed or injured in a bombardment will be pictured on a mobile phone camera and the atrocity broadcast to the world. This will further reinforce Russia’s pariah status and make negotiations more difficult.

Even if the main Ukrainian cities do fall, then resistance will continue in the rest of the country, and it is unlikely that the Russian army has the numbers to suppress it.

A problem in agreeing any ceasefire is that Putin’s invasion plan only made sense if Russian troops were welcomed by the Ukrainian population with open arms. Predictably, this did not happen but Putin made maximalist demands amounting to the unconditional surrender of the Ukraine government, denounced by Putin as “neo-Nazis”, and for the Ukrainian army to hand over their weapons. Lesser demands might have included a Ukraine promise not to join Nato and to recognise the annexation of Crimea.

This makes it difficult for Putin to simply withdraw without achieving any of his objectives in Ukraine and having paid a heavy price in sanctions, which will strangle the Russian economy for years to come. A key reason for Putin’s rise to power was that he appeared to guarantee that the Russian financial crisis of August 1998 would not be repeated, yet almost a quarter of a century later, he has ensured just that.

It will have occurred to many Russians privately that any peace deal that ends this war would be less damaging to Russia if Putin no longer held power in the Kremlin. But getting rid of him after 22 years is another matter. Saddam Hussein clung on as Iraqi leader for 13 years after his calamitous invasion of Kuwait in 1990, which is the episode in modern history that most resembles Putin’s decision to invade Ukraine.

Central and western Europe can expect a substantially higher flood risk in the future, even with ambitious cuts in temperature. By Alex Kirby, former BBC journalist and environment correspondent Cross-posted from Climate News Network   […]

All solutions to climate change will not be on the personal level, but changing the economic system that dictates consumer behaviour Cross-posted from the Transnational Institute Seaspiracy is the latest Netflix documentary to, ehm, make […]