Forget mutualised euro bonds. Only giant wealth transfers within the euro zone, and a cap on sovereign spreads, can reduce the shock to heavily indebted nations such as Italy over the long term. 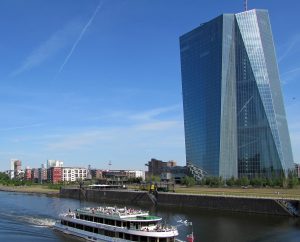 As nations confront the coronavirus with generalised shutdowns, governments have no choice but to spend massively in support of healthcare systems, disease prevention, deprived families, companies and, later on, aggregate demand. Public debts are rising to unusually high levels.

One interesting case is Italy, because it has less “fiscal space” than others. Its debt ratio will rise to 155% at year end. Such debt levels are not unsustainable per se, but they could be so in the euro zone, courtesy of the ECB’s ambiguity as a lender of last resort. Thus, instability and economic decline in Italy are poised to accelerate dramatically in the coming years. And not just in Italy.

Given such a dire outlook, proposals currently being discussed in the EU are vastly insufficient. “Eurobonds” sponsored by Latin countries  – assuming the EU issues 1 trillion euros to mature in 2120 at a coupon of 1.3%, and Italy’s share is 100 billion euros –  would save Italy only 1 billion euros in annual interest payments (compared with similar BTP Italian notes, using the April 9th yield curve). Likewise, an EU-sponsored “ESM loan” of 36 billion euros, as suggested by some Nordic countries, would save Italy 200m-510m euros. Even the two taken together would save Italy less than 0.1% of GDP.

The real solutions to this crisis lie elsewhere. Consider the last decade. Had the ECB contained the Italian spread to 50bp (on average) – as any other central bank would have done –  the Italian debt ratio would now be less than 115%, not 135%. Had the ECB met its inflation target – instead of delaying quantitative easing (QE) for 5 years – the debt ratio would now be 108%. Not to mention mercantilism (IMF Statute Art.1 and 4). Hence, to scale-up effectiveness, policymakers should target the whole debt ratio. New loans, however cheap, being a fraction of the outstanding debt, will only bring marginal relief: international transfers among rich countries are utterly inadequate.

The road ahead for rich countries is: (a) in 2020, wealth transfers within nations from the public to the private sector, while central banks shield sovereigns from financial turmoil; (b) after 2021, facilitate wealth transfers in the opposite direction, to reduce debt ratios. Euro-zone rules and institutions should help member countries to mobilise their own resources: they do not.

Until now no developed state has faced liquidity constraints. But since February 1st, interest-rate spreads on sovereign bonds have fallen everywhere except in the euro-zone pheriphery: (on 10-year maturities) US -96bp, Canada -58bp, Poland -51bp, UK -30bp, France +24bp, Spain +47bp, Italy +68bp. This is a sign that the ECB, unlike other central banks, is delivering only a limited dose of financial stability, even in the darkest hours. Just to be clear, 68bp more implies, in the long run, an increase of annual interest payments by Italy of 11 billion euros. And that is only the beginning.

Spreads generate financial transfers in the “wrong” direction, from the public to the private sector. They tend to increase with debt ratios, but are very sensitive to the ideological stance of the central bank, as was shown in 2012 by ECB president Mario Draghi’s promise to do “whatever it takes”. They are also sensitive, but much less so, to central bank open market interventions: in the first semester of 2012 the ECB managed to dampen sovereign spreads only marginally, and temporarily, while spending 1.1 trillion euros. Now, with only 750 billion euros dedicated, higher debt ratios, and a much greater shock, ECB intervention cannot succeed for long.

What the Eurogroup should discuss is an Outright Monetary Transactions (OMT) agreement that puts a ceiling (50bp) on spreads in primary markets, in exchange for truly anti-cyclical, serious conditionality. Spreads are a rough 19th-Century medicine (“market discipline”) against moral hazard in finance. If it is removed, moral hazard must be prevented through other means. The modern solution is strict regulation (“hard” in the sense of certain, iron, credible): the Germans are right on this. At the same time, “hard” cannot mean stupid, excessive, procyclical: Southern countries are right on this. Thus, Europeans should trade credibility for anticyclical austerity: it would be a game changer, an appropriate new paradigm for the common currency.

Mario Draghi wrote last month: “Given the present and probable future [low] levels of interest rates, increases in government debt will not add to its servicing costs”. This is true, but should apply to all countries. Monetisation and debt cancellation are premature: but an agreement on financial stability would decisively brighten the fiscal outlook of the euro zone, while improving expectations and aggregate demand in the short term. Acrimonous discussions in the EU on “who pays the bill” would meet a clear answer: “private rentiers, in each country”. The EU could then move on to more important and difficult tasks, such as coordinating epidemiological policies, and helping contain a looming gigantic financial crisis in developing countries.

US policy is geared to one goal and one goal only: political and financial world hegemony, and military dominance. Michael Hudson is President of The Institute for the Study of Long-Term Economic Trends (ISLET), a […]

Ben Wray – Another Town is Possible: Community Wealth Building in the Basque Country

Thanks to its unique economic model, the town of Oñati has a history of adapting successfully to economic disruption. Ben Wray is a freelance journalist leading BRAVE NEW EUROPE’S Gig Economy Project. He also produces […]