Radosveta Vassileva demonstrates what the lack of rule of law and corruption in Bulgaria ‘look like’ with 10 simple graphs/tables. She starts with the more visible and direct consequences and move towards the more indirect effects, which are equally disturbing. 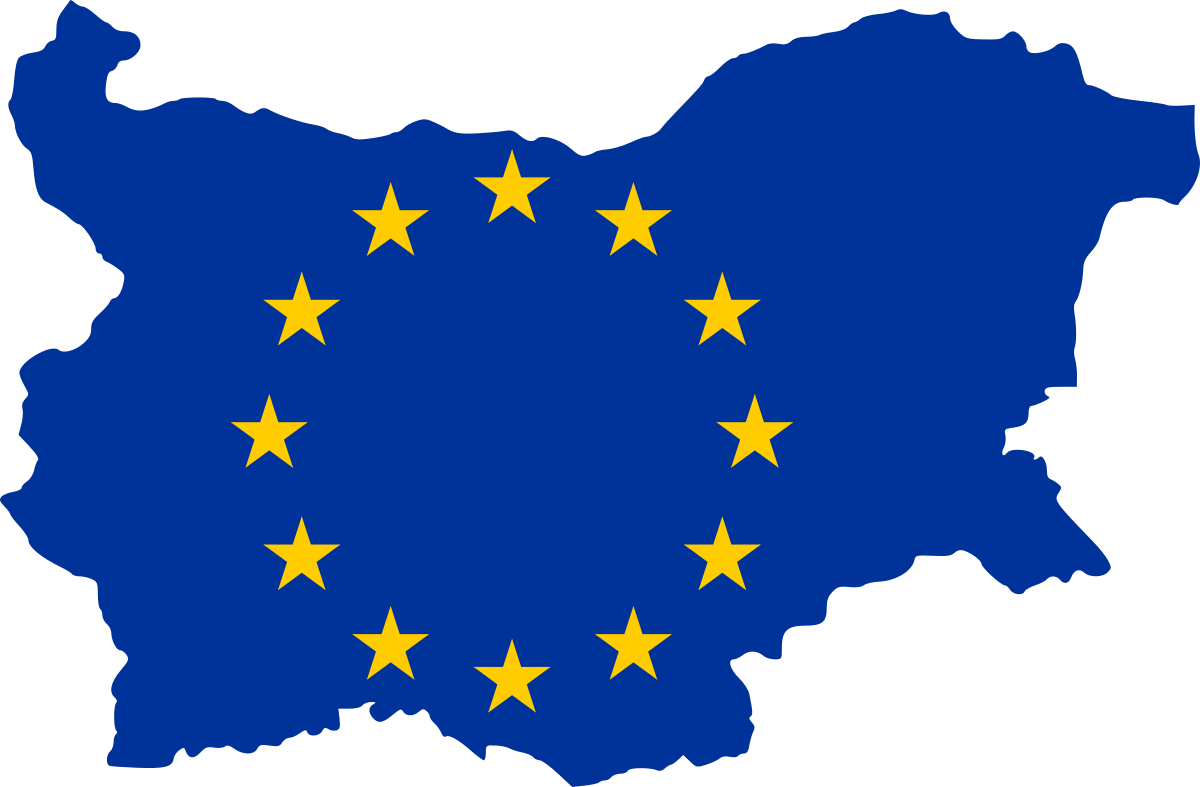 1. Major Violator of the European Convention on Human Rights

Bulgaria ratified the European Convention on Human Rights only in 1992, but quickly established itself as a top violator. As visible from the table below, 588 judgments out of 653 established at least one violation of the Convention. Key issues include lack of fair trial, inhuman and degrading treatment, and disrespect for property rights. Contrast with Ireland, which ratified the Convention in 1953 and which has lost 22 cases in total historically. Even Hungary, which is currently under fire for the state of its rule of law, has a much cleaner record.

According to the latest 2017 Annual Report of the European Court of Human Rights, only in 2017 Bulgaria lost 31 cases and the number of applications against it continues to grow. If you examine the case law, you will see that Bulgaria continues to lose cases on similar facts. Basically, it refuses to carry out reform and address shortcomings.

What does this mean for Bulgarian citizens? On the one hand, their fundamental rights and freedoms are visibly at peril. On the other hand, Bulgarian taxpayers pay the compensation to the victims.

I have written extensively about the deliberate violations of human rights in Bulgaria on my blog. You can find a collection of my articles here.

This is a graph of the ‘evolution’, or should we say disintegration, of Bulgaria’s democracy post-2005 by Freedom House. Bulgaria started receiving worse and worse scores in the think-tank’s Nations in Transit authoritative ranking: it was finally downgraded to a semi-consolidated democracy in the 2018 Nations in Transit Report by Freedom House. Ironically, the problems started after Bulgaria was admitted to the European Union in 2007.

For the most part, Bulgaria has been governed by the same political Party, which managed to capture all State institutions and deprive them of their purpose to serve the public interest. Currently, public interest means the private interests of those in power.

Does anything look familiar in the graph below? Is there a relationship between the state of the rule of law and democracy, on the one hand, and FDI, on the other? The graph by Freedom House and the graph on FDI from the World Bank below look way too similar!

In order to have a healthy economy, you need FDI, which is a major source of economic growth. Surely, this is not a given. To make investors trust a given country, you need to create a healthy business climate and incentives for them to invest. Rule of law (in particular respect for property rights) and transparency (no corruption) are key to attracting investment.

However, what do we observe in Bulgaria? Since 2007, FDI has been declining dramatically even though Bulgaria became an EU member in that very year. This is not accidental. If you take a look at the website of the International Center for the Settlement of Investment Disputes, you will see 5 pending cases against Bulgaria for violations of investment rights, including illegitimate expropriation – a substantial number.

Early in August 2018, Bulgaria’s Public Commercial Register crashed and I can confirm that on the day of this publication it still has not started running. There is information that this was done on purpose in order to modify data and even blackmail companies. How is this possible in an EU member? Captured State! As said above, public institutions are used to promote the private interests of corrupt politicians.

Foreign investors are usually the first to leave a country when something is wrong because they have the freedom to invest their resources elsewhere. That is why, FDI is one of the best barometers of the state of the rule of law. After the crash of the Public Commercial Register, chances are the few investors that remain will pull away, too.

4. ‘Inexplicably’ Low GDP per capita: The Lowest in the European Union

Bulgaria has the lowest GDP per capita in the European Union. This may be striking at first because on paper the country is not that small for European standards: it has a population of 7.2 million. Compare it with Estonia (1.3 million), Slovenia (2 million), or Croatia (4.2 million). Why does Bulgaria have a lower GDP per capita than them considering it is supposed to have a larger labor force?

The answer, of course, is complex and beyond the scope of a short blog post, but key factors, which play a role, include:

-No FDI: foreigners do not want to invest because they fear the investment climate;

-Immigration on a mass scale: there are MORE Bulgarians working abroad than in Bulgaria according to official statistics. 2.5 million work abroad and 2.2 million work in Bulgaria, to be precise! As we will see below, young people do not see their future in Bulgaria because of the unhealthy environment;

-Lack of vision for the economy: how can you expect governments promoting rampant corruption to have ideas how to enhance economic growth, to begin with?

-Research published by the IMF shows that Bulgaria has the largest shadow economy as percentage of the GDP in the European Union, too.

The only reason for the minor economic growth at the moment is EU funds from which Bulgaria benefits.

5. Demographic Catastrophe: The Fastest Shrinking Nation in the World

According to the United Nations, Bulgaria is the fastest shrinking nation in the WORLD…yes, you read right, in the WORLD.

This is due to three main factors:

-High death rate (highest in the EU): lack of proper healthcare and poverty contribute to this sad phenomenon.

-Low birth rate: Bulgarians do not have incentives to have a big family because it is financially difficult

-Mass immigration: as stated above, there are MORE Bulgarians working abroad than in Bulgaria. Many of them change their citizenship, too. I wrote an article about this problem, which you can read here: ‘Where Did Everyone Go? On Why Young People Do Not See Their Future in Bulgaria’

The only ‘positive’ side effect with which Bulgaria’s government boasts is that Bulgaria has a low unemployment rate. Why? Because people look for employment outside of Bulgaria, so statistics on the unemployment rate in Bulgaria are misleading.

6. Poverty (I): Lowest Minimum Wage in the European Union and Beyond

It is difficult to provide higher wages when the economy is dead. It is also difficult to motivate Bulgarians to return to Bulgaria and help the economy grow with these ‘opportunities.’ People want to live in a safe environment in which rights and freedoms are guaranteed. Moreover, they do not want their taxes deviated in corrupt schemes by politicians.

Figure 6: Bulgaria has the lowest minimum wage in the EU. Even candidate EU members like Serbia, Macedonia, and Montenegro have higher minimum wages; Source of graph and data: Eurostat.

Bulgaria has the lowest median earnings in the European Union, too. According to the latest data by the Bulgarian National Institute for Statistics, the average monthly salary in Bulgaria is €590 (before tax and social security). If you wonder what that means, it has been estimated by labor unions that a family of 4 needs €1188/month on average for basic expenses in Bulgaria. Even if both partners work, they may not meet the line.

This is a graph by Eurostat with slightly older data, but you see how Bulgaria compares to other countries, including non-EU members: in Serbia and Turkey, the median earnings are higher!

Unfortunately, with an underdeveloped economy, Bulgaria cannot keep track with the rest of the EU. The topic is quite vast, but let’s take a look at a few side effects.

For example, Bulgaria is currently 26th out of 28 EU members in the Digital Economy and Society Index (DESI), as visible from the graph below. What does this mean? Fewer people have access to the Internet, there are few digital public services, and digital technology is not integrated in daily life as much as in other countries. The government does not even bother to maintain their website.

To give a very basic example from my experience: the site of Bulgaria’s Ministry of Justice does not even have the current versions of the legislation in force!

To give a more shocking example: recently, Bulgaria’s Public Commercial Register crashed and citizens did not have access to it for WEEKS.

One of the few positive aspects of communism in Bulgaria was the good education, which was free for everyone. Almost thirty years after transition, Bulgaria’s educational system is in ruins. These are the latest results by PISA (Program for International Student Assessment), which evaluates school systems around the world by testing 15-year olds in mathematics, science, and reading.

As visible from the latest data, Bulgaria scored below the OECD average in all categories. Why? The government does not invest in education because funds are limited: the GDP is low and there is no FDI, so no money to spend. Moreover, remember the graph on the median earnings above? The beginning salary for teachers in school is €460/month (before tax and social security). So, if you earned a degree in biology, for instance, would you become a school teacher in Bulgaria given these ‘conditions’? Exactly! Chances are you will immigrate and teach abroad.

Bulgarians are generally unhappy. This is not my personal opinion (although I would probably argue the same). Look at the graph below: surveys by Eurostat show that in the European Union, Bulgaria has the largest percentage of citizens who are dissatisfied with their life. Look at the second bar from left to right: the orange segment represents those who said they were unhappy!:(

Considering the previous 9 graphs, this is not surprising after all…

Edward Smythe – The UK economy is hooked on rising asset prices. What happens when the bubble bursts?

The risks of a private debt crisis in the United Kingdom are real enough. But the existential threat is that this will happen together with the bursting of the greatest asset bubble in the UK’s […]