The glyphosate battle is back. A new scientific analysis finds that most of industry’s studies provided to EU authorities to prove glyphosate’s safety, did not meet basic international scientific standards as set by the OECD. This comes at a moment when the European Food Safety Authority (EFSA) is about to start its re-assessment of glyphosate, a key ingredient of the infamous weed killer Roundup. 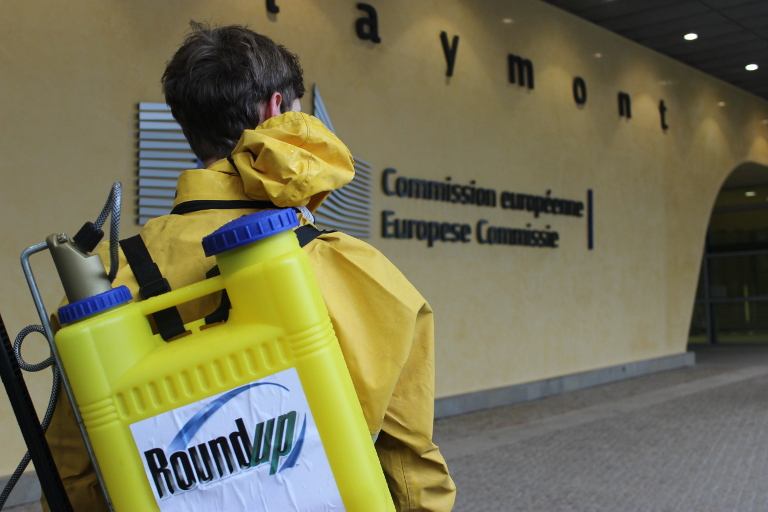 In 2015, the WHO’s International Agency for Research on Cancer (IARC) concluded that glyphosate –- is probably carcinogenic to humans. Pesticides that can cause cancer must be banned, according to EU legislation.

However, in 2017, after two years of controversy and scandals, Monsanto’s glyphosate weed killer was granted a re-approval by the EU, albeit for the unusually short period of five years, instead of the normal fifteen year period.

In the US, in the meantime, landmark court cases were taken against Monsanto (based on the IARC’s opinion) by thousands of cancer victims, and Bayer (the new owner of Monsanto) was forced to pay billions of US dollars in damages. Evidence obtained during these court cases showed that Monsanto actively undermined the science regarding the harmful effects of glyphosate.

In December 2022, the EU permit for glyphosate will expire. A dossier was submitted in December 2019 by the Glyphosate Renewal Group, a consortium of 8 glyphosate manufacturers, led by Bayer, calling for the pesticide to be approved again.

This new scientific review puts once more a finger on a sore spot: that national regulators and EU authorities alike do not seem to scrutinize thoroughly when looking at the quality of industry’s own studies. At the same time, they dismissed almost all publicly peer reviewed scientific studies.

The new scientific analysis shows that out of 53 industry studies the glyphosate manufacturers had submitted in the previous glyphosate approval process, only two can be assessed as scientifically ‘reliable’, when using the applicable OECD Guidelines. Of the studies 34 are ‘not reliable’ and 17 only ‘partly reliable’.

Genotoxicity studies indicate the risk of cancer and reproductive damage posed by a chemical. Public authorities that were involved in the previous European authorisation procedure – BfR in Germany and the European Food Safety Authority (EFSA) – wrongfully accepted these industry studies as key-evidence of the absence of glyphosate genotoxicity.

A first screening of industry’s 2020 new glyphosate application dossier shows that 38 of the same genotoxicity studies on “pure” glyphosate have been submitted once more to the EU authorities by industry as valid or supplementary.

CEO with other civil society organisations is calling on EU authorities to take into account these new – from an environmental and health point of view very worrying – findings in the new authorisation procedure.

You can find the scientific study here

You can find a Q&A on the study here

Juan Laborda – Chile, the Beginning of the End of Neo-liberalism

Yes, Chile is very far from Europe, but this has to do with something very big. We are seeing repeated tremors,  ever stronger, in reaction to neo-liberalism. Juan Laborda teaches Financial Economics at the University […]

The European Commission is missing another historic opportunity to phase out fossil fuels in the ‘Fit for 55’ package, leaving the door open for coal, gas and oil to stay in the EU energy system […]

Resilience: Dennis Meadows on the 50th anniversary of the publication of The Limits to Growth

Only rarely does a book truly change the world. In the nineteenth century, such a book was Charles Darwin’s On the Origin of Species. For the twentieth century, it was The Limits to Growth. Not […]