What really lies behind the term capitalism? 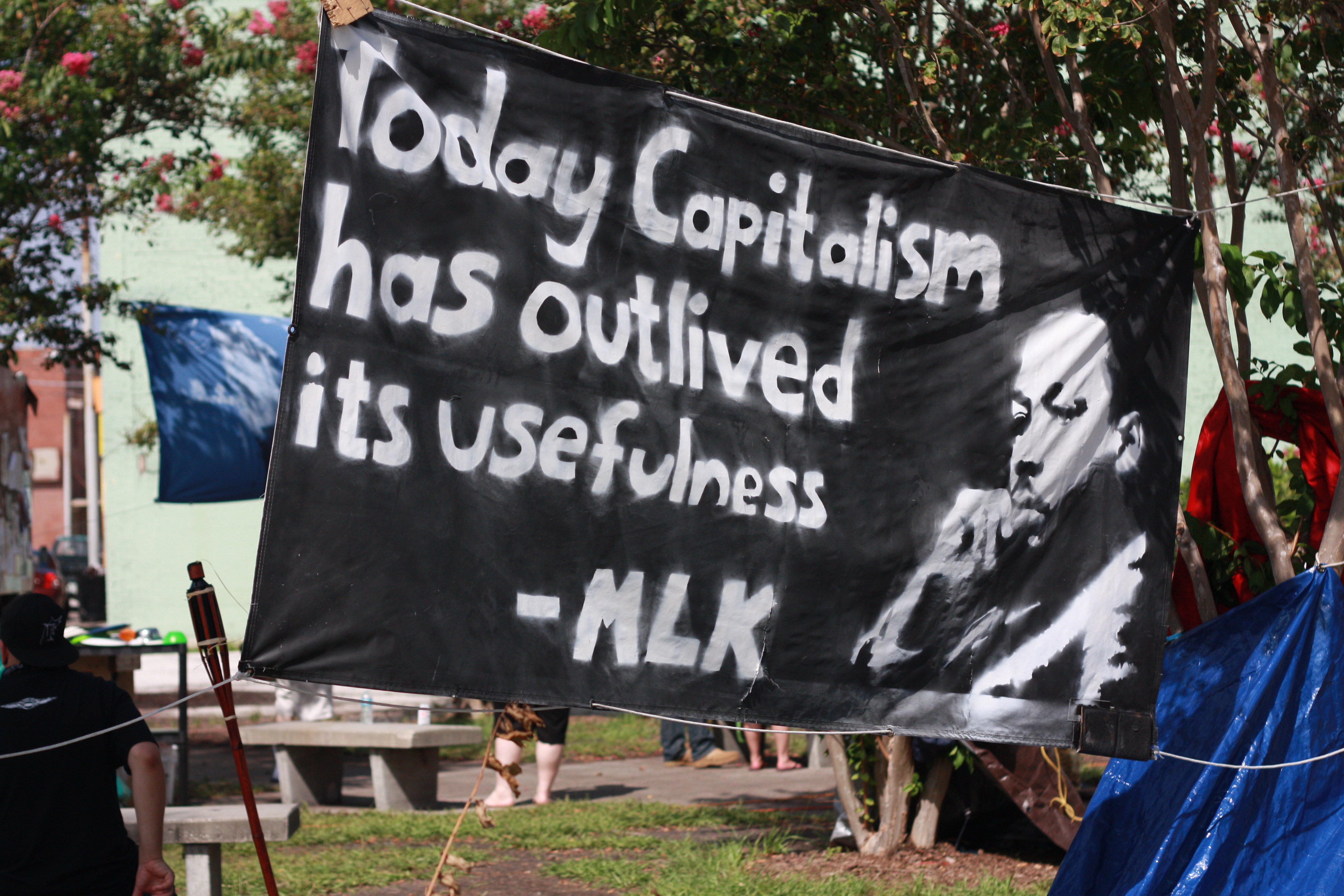 Capitalism is not, as its defenders like to claim, defined by “free” or “private” enterprises. Likewise, “free” or “unregulated” markets do not define capitalism. Politics and ideology drive its defenders to choose those definitions over clearly better, different definitions. The causes and consequences of conflicts over definition are part of today’s mounting battles over capitalism.

A key unique quality of capitalism is the employer/employee relationship between two different groups of the people engaged together in the economic system. That relationship entails an exchange of wages or salaries for labour power (the ability of an employee to work). A contract between employer and employee covers that exchange plus the employee’s exertion of brains and muscles over lengths of time and to ends specified by the employer. Capitalism’s unique employer/employee relationship distinguishes it, for example, from slavery, feudalism, and communism as alternative economic systems.

In slave economic systems, the key relationship is one of master and slave, where the slave is the property of the master or a third person. This differs clearly from capitalism, where no person is another’s property. Capitalism contrasts equally clearly with feudalism, where the key relationship links lord and serf by their sworn acceptance of specific obligations, loyalties, and duties to one another. Wages do not exist in either slave or feudal economic systems. Marx’s gestures toward communism entail a key relationship radically different from that of the capitalist, feudal, or slave economic systems. In communism, no split or division occurs between two different groups of participants in production (no masters and slaves, lords and serfs, or employers and employees). Instead one and the same community designs, directs, and performs the work of an enterprise such that each community member has one vote and enterprise decisions are made democratically. Worker coops are the form in which that economic system is most often encountered in the modern world.

The employer/employee relationship structuring enterprises thus serves nicely and neatly to define capitalism as distinct from alternative economic systems. In contrast, other current definitions of capitalism fail to make such distinctions. Mainstream media, politicians, and most professional economists in the United States define capitalism above all in terms of “private” or “free” enterprises and “free” or “unregulated” markets. But those definitions are inadequate and inappropriate; they do not distinguish capitalist from other economic systems.

The proportions of private versus state enterprises have varied from system to system. They have also varied within each system from time to time and region to region. Private enterprise is thus not an effective definition of capitalism. Its presence does not distinguish capitalism from the other systems.

Much the same analysis applies to free markets where buyers and sellers exchange with minimal outside interference. Free markets have almost always coexisted in varying proportions with planned state interventions to limit or regulate exchanges: free markets versus planning. Markets have existed for a long time in human history, not just during the times of capitalism. In slavery, for example, slaves and what slaves produced, such as cotton, passed through markets; they were distributed via market exchanges. Sometimes those markets were relatively free; sometimes states intervened to control them. Lords and serfs interacted in markets where many products of feudal economies were exchanged. Those markets were also sometimes free and sometimes not. Socialist societies, whatever their mix of capitalist and worker coop-type enterprises, have likewise combined free markets and state planning.

Why then did an inadequate definition prevail in mainstream discussions and popular usage over an available, better one? The answer hinges on ideology. The defenders of capitalism preferred the inadequate definition because it was far easier to defend capitalism if and when it was defined that way. The defenders had the resources—supportive capitalists’ wealth, power, and cultural influence—to make their preferences prevail.

The definition of capitalism in terms of the employer/employee relationship is difficult to defend for several reasons. First of all, it renders capitalism as patently undemocratic. In capitalist workplaces (factories, offices, and stores) an unaccountable minority (owners, boards of directors, top executives) wield nearly absolute power over the enterprise. They decide what, how, and where to produce and what to do with the net revenues produced by the employees. The latter are the majority inside enterprises. Yet the employees must live with the results of enterprise decisions from which they are excluded. Especially in countries with some democratic traditions or aspirations, defending so undemocratic a workplace structure—and the capitalism it grounds—would be difficult.

Second, the dualistic employer/employee definition of capitalism suggests affinities with the parallel dualisms of slavery (master/slave) and feudalism (lord/serf). The history of the revolutionary breaks of capitalism from feudalism and slavery (French and American revolutions, U.S. Civil War, and so on) illustrates that revolutionaries then thought their breaks were deep and dramatic. Liberty, equality, fraternity, and democracy were the slogans and banners of those breaking to capitalism. Those who favor capitalism have always nurtured and reaffirmed its association with those slogans. In contrast, the employer/employee definition suggests rather that the master/slave and lord/serf dualisms have a modern-day parallel or equivalent in the employer/employee dualism. Using that definition, one might infer that perhaps some further break—say beyond any dualism—belongs on history’s agenda.

Third, defining capitalism in terms of “free” or “private” enterprises and markets foregrounds and celebrates certain citizens enjoying “liberty” from an oppressive state. That definition is often extended to include individual initiative, as in “freedom” to establish one’s own business enterprise, and an “incentive system” where profit rewards successful business ventures. This definition of capitalism identifies its uniqueness in its enabling, protecting, and guaranteeing all individuals the freedom to start and grow their own enterprises to earn profits without state interference. In this definition, all other systems (and especially socialism) constrict and constrain those freedoms. In historical fact, individuals in various slave, feudal, and other economic systems have sometimes faced quite parallel incentives to start new enterprises. Capitalism has also, to varying degrees in various times and places, stifled incentives and blocked enterprise freedoms, for example via its patent and trademark laws, tendencies to monopoly, inequality, business cycle downturns, and so on.

Definitions are shaped by and react back upon the contexts and conflicts of their times and places. The old, conservative definition of capitalism is now contested, as is everything else about that system. By articulating now an overdue refutation of its prevailing definition, the critique of capitalism deepens.

Positive Money – How has bank lending fared since the crisis?

Although this analysis is limited to Britain, it is probably relevant for all nations. Following the Great Financial Crisis, capitalism simply reconstructed the same pre-crisis economic system. There was no intention to change anything – […]