Has US capitalism reached the end of the road? Are the options plutocracy or fascism? 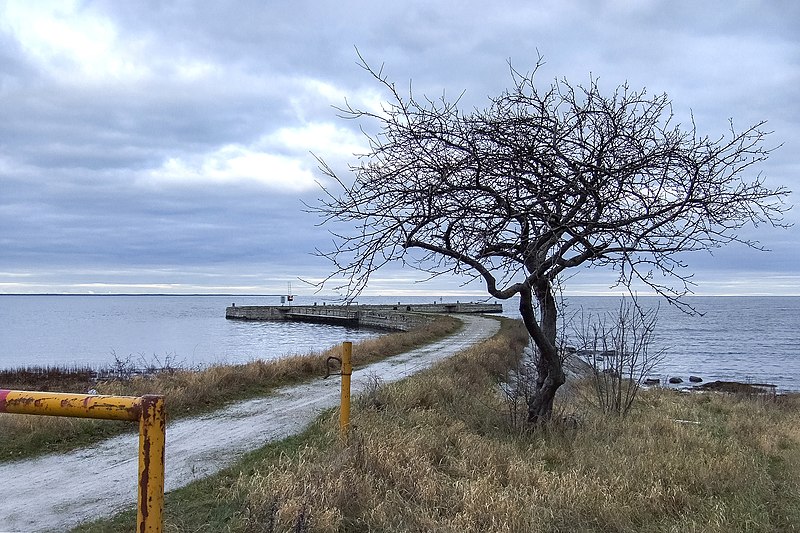 The growing disconnect between the capitalist system and the economic realities plaguing the United States is now nearing completion. On the ground, the accumulated problems of U.S. capitalism undermine its empire and challenge its very future. Meanwhile, the ever-deepening inequalities of wealth and income conjure up images of ancient Egypt’s pharaohs. Three economic crashes opening the new century (2000, 2008, and 2020) have shaken the system; so have the two wars America lost against very poor countries in the Middle East: Afghanistan and Iraq. The worst public health crisis in a century during the COVID-19 pandemic has further exposed how unprepared U.S. capitalism was and is, thereby imposing massive new human and financial costs lasting into the future.

A government that serves U.S. capitalism first and foremost borrowed trillions and enabled trillions more of new debt (corporate and household) that was used to fight long, losing wars and shore up a faltering economy. Now, after two terrible years of COVID plus an economic crash, with 3 million fewer jobs in 2022 than before COVID hit, a sharp inflation looms. Meanwhile, aided partly by profit-driven U.S. capitalists who moved their operations to China, the Asian country is now in a position where it is challenging U.S. capitalism globally.

Above the troubled ground sit two old political parties, the GOP and the Democratic Party, which are formed by and are stuck in the old political economy before all these problems accumulated into crises. From 1820 to 1970, U.S. capitalism experienced cycles, but these cycles were securely anchored in a long-term upward trend. Real wages rose every decade, at least for white workers. Recessionary downturns only interrupted the long trend up (and even then not for long). The Republican Party and the Democratic Party rarely went beyond the routine rituals of orderly contests over who deserved the credit for economic growth and who deserved the blame for the interruptions during recessions.

The one big exception resulted from the one super big interruption: the 1930s Great Depression. This shook U.S. capitalism to its core. Mobilized and led by a coalition of militant unions (CIO), socialist parties, and a communist party, the U.S. working class shifted sharply to the left. This shift won a New Deal from the administration of President Franklin D. Roosevelt. That deal taxed corporations and the rich significantly more. It then poured much of those funds into the new Social Security system, unemployment compensation, and a massive federal jobs program. Because of the New Deal, Roosevelt was reelected three times, and was the most popular president in U.S. history. Correspondingly, U.S. corporations and those they enriched felt seriously threatened during this period.

The GOP reacted strongly. Once FDR died and World War II ended, the Republican Party took the lead to undo the New Deal. It did this by splitting the coalition (which included the CIO, socialists, and communists) from the Democratic Party and the coalition partners from one another. Anti-communism, McCarthyism, and the Cold War served as the weapons of choice for the Republican Party. The GOP succeeded partly because the Democrats offered mostly weak opposition or none at all. Postwar Democrats were largely complicit in destroying most of what the New Deal had achieved (with the help, ironically, of many of the Democratic Party’s own prewar efforts). After 1945, the White House, Congress, and state and local governments resumed orderly political contests between the GOP and the Democratic Party. Both endorsed a musical chairs type of rotation of public authority personnel between them (until this system was undone by former President Donald Trump in 2020).

The old, established leaders of both parties still do not grasp or accept that the orderly rotation of public authority personnel is now over. Unable or unwilling to critically evaluate U.S. capitalism, these leaders missed the signs leading up to the accumulation of capitalism’s problems that now overwhelms them. The Bushes, Clintons, President Joe Biden, and their ilk want the old political system to persist. After all, for them this old political system did well. But now their disconnect from the capitalist reality that ultimately controls them threatens to render them blatantly ineffective, sadly out of their element. Because they cannot or dare not criticize that reality, its increasing difficulties and resulting mass disaffection are beyond their reach with the old tools, arguments, and spins that used to work.

Given the disconnected mainstreams of U.S. politics, mass disaffection provokes escapism and scapegoating. The GOP eagerly validates many of them (anti-immigration, white supremacy, quasi-fascism, culture wars, and anti-leftism) to enlarge its voter base. The Democrats, meanwhile, try to fight the extreme forms of that escapism and scapegoating (as in “basket of deplorables”) without offering any real alternative to it. The socialism represented by politicians like Senator Bernie Sanders (I-VT) and Representative Alexandria Ocasio-Cortez (D-NY) is so soft-pedaled by them that, given mainstream media biases, it only marginally hovers at the edges of the national political conversation.

What people increasingly need is protection from a beleaguered capitalist system itself, from its intrinsic instability (the accumulated crashes and their effects), intrinsic inequalities of wealth and income (and their effects), devastating ecological damages, and profit fetishism. But the GOP and the Democratic Party have long ago lost the ability to see or contend with any of that. They keep repeating neoliberal ideology (and its reframing of a U.S. empire as “globalization”) so often that they actually believe and are thereby imprisoned within the system.

Thus, a peculiar political theatre of disconnectedness has emerged. The Republican and Democratic leaders cannot see what most of us can. They see “the big issues” as not being about capitalism. Yet what they do see and the solutions they propose will in fact be their response as capitalism’s crisis deepens. Thus, under Trump, the Republican Party has moved toward fascism. His GOP has used and will continue to use government to enforce capitalism as it totters by extinguishing what remains of unions, crushing the left, and militarizing media and culture, much as other dictators have, including Adolf Hitler in Germany after January 1933 and Benito Mussolini in Italy after October 1922. Like them, Trump has used hyperpatriotic nationalism mixed with racial superiority to justify all his actions. That is the real meaning behind Trump’s campaign slogans and his audiences’ cheers of “save America” and “Make America Great Again.” How far down the German and Italian fascist paths Trump and others like him will go depends on circumstances.

Capitalism’s crisis exists neither for Biden nor the Democratic establishment he leads, just as it does not for Trump and the GOP. The Democratic establishment defines itself over and against Trump. It is not about to go down the fascist road. It proposes instead to “protect democracy” from what Trump represents. That difference will frame many electoral campaigns in 2022 and 2024; it already does. The Democrats will “protect democracy” by “returning to the pre-pandemic normal.” The Democratic Party’s version of “Make America Great Again” is a resurrected post-World War II political economy, complete with U.S. global dominance based securely, they imagine, on a fast-growing U.S. capitalism.

Both the Republican and Democratic establishments warn their mega-donors and the public that allowing the other to take political power will disrupt civil society and prevent America from becoming great again. The GOP screams that antifa and the Black Lives Matter movement will destroy white America and will result in a civil war. The Democrats counter that Trump and January 6 type “insurgents” will dissolve social peace inside the United States, provoke counteractions, and thereby lead to civil conflict. Social peace, each side insists, requires political war to defeat the other side. Neither side glimpses the absurd contradiction of its claims.

Which way U.S. politics will go depends less on the two parties or their disconnected rhetoric. What matters far more are the actualities of U.S. capitalism as the U.S. empire continues to decline and U.S. capitalism’s accumulated problems worsen. These latter factors will determine how the public views the parties’ disconnected policies. Today’s inflation offers an example of this. As a further slap in the face of the U.S. working class who have dealt with two years of economic crash plus the health catastrophe of COVID-19, inflation and the rising interest rates aimed to stop it will ultimately shake capitalism and shape politics.

How many angry working families will now sympathize with a politician who offers big changes versus a politician who offers “stay the course”? The business community wants inflation stopped. The responsive Fed will thus resort to quantitative tightening and raising interest rates. The responsive Biden will applaud the Fed. Those Fed actions can and likely will threaten jobs. So Biden must choose between the electoral risks of inflation versus those of job deterioration. That is the risky dead-end “choice” that the problems of capitalism will dump on Biden. And if 2022 proves to be the year when capitalism’s crisis breaks into the explicit open, will most Americans tilt toward Trump-type fascism or the “democracy protection” offered by the Democrats to protect themselves from capitalism’s crisis?

Hitler’s and Mussolini’s fascist solutions to crises in their nations’ capitalisms did not end well. Yet today’s leading U.S. capitalists seem not to know or care about historical precedents. They continue to perform their disconnected politics comfortably, oblivious to the imploding capitalism and the resulting damage to Americans. In that, they resemble the upper classes in Russia (up to 1917), in Germany (up to 1933), and in Italy (up to 1922). The most important questions thus become whether or not and how soon a new left can emerge that targets capitalism per se, proposes an alternative system, and charts a transition to this alternative system.

Branko Milanović – A century ago: From Brest-Litovsk to Rapallo

Has nothing changed in 100 years? Not quite. Branko Milanović is an economist specialised in development and inequality. His newest  book is “Capitalism, Alone: The Future of the System That Rules the World” Cross-posted from […]

Gig Economy Project – Why Uber failed and what’s next: Interview with Paris Marx

The Gig Economy Project speaks to Paris Marx, host of the Tech Won’t Save Us podcast and author of new book ‘Road to Nowhere: What Silicon Valley Gets Wrong about the Future of Transportation’, about […]

Richard Murphy – Helicopter money is the last thing that we need

Why Richard Murphy considers helicopter money is the wrong policy for Britain at this time. Actually he is updating the contrary relationship between blind GDP stimulus and stopping the climate crisis. Richard Murphy is Professor […]