What interests lie behind the threats of the Bank of England to raise interest rates?

The Bank of England is sending out signals, again, that it is expecting to increase bank interest rates soon. The current official interest rate is, admittedly, at a record low level, but the question to be asked is what would an increase achieve?

The official response is that it will help curb inflation. This, however, makes no sense. The inflation that we currently have is very largely due to increases in the prices of durable goods, such as cars. The supply of these has been severely disrupted after COVID because of worldwide disorganisation of shipping as world economies sought to reopen. This disruption is already resolving, but meanwhile people have already deferred their purchases of these goods in anticipation of prices falling. Once they are back on the shelves, or on the forecourts, there is a real chance that prices might actually fall. In that case It is very likely that current inflation is going to solve itself very soon, and that we could even see deflation at least in the price of these goods.

This, factually based, reasoning appears to have no influence on Bank of England thinking. so, in that case why are they really looking to increase interest rates, even if only modestly? I can offer three reasons.

The first is that dogmatically they believe that they have a duty to respond to any inflation increase by increasing interest rates. Their logic has a number of dimensions to it. They do, for example, think that interest rate increases simply change the economic mood, and so deter spending, so cutting inflationary pressure. They also think that households with fixed budgets who have to pay more interest will, inevitably, spend less and so reduce their consumption spending, which reduces inflationary pressure. And they think that saving is motivated by interest rates and that higher rates will result in increased saving, again reducing consumption spending. In combination they do, therefore, think that they will do good, although they also know that because the feedback loops that create these processes of change are very long the immediate impact of anything that they do is decidedly limited. In fact, the current inflationary pressures may resolve well before these consequences are seen.

Second, bankers look after bankers, and low interest rates make it very hard for banks to make any profit from conventional deposit taking. So, whenever they have opportunity, bankers will seek to increase rates to in turn increase bank profits. Most members of the Bank of England Monetary Policy Committee have some association with banking. Do not dismiss this as an issue in that case.

Third, bankers also serve the interests of their best customers, and their best customers are the wealthy. They are objecting very strongly to current low interest rates even though they have profited enormously as a consequence of the asset price increases that they have fuelled. Having their cake is not enough for this group, however. They also want to eat it, which means that they also want an increased income rate of return as well. Sending out a signal that interest rate rises will happen appeases their demand for action.

It is, then, easy to explain why bankers want to increase interest rates. But, implicit in all this is something else. Note who bears the greatest proportional burden of this change. It is borrowers. The wealthy borrow by choice. Those least well off do so out of necessity. The wealthy can, then, also choose to avoid the impact of any decision by the Bank of England. In contrast, indebted households cannot do so. Any interest rate increase is, as a consequence, wholly intended to oppress those who already face stressed household budgets. These tend to be parents, younger people, those on lower incomes and people who cannot now enjoy social security benefits that were once available.

There is no need to increase interest rates at present. There is no need for the Bank of England to signal to financial markets that they should, in turn, increase rates. But they are doing so. In the process they are engaging in what anyone might call class warfare. You do not need to be a Marxist (and I am not) to say so. This fact is written all over the policy.

I object to interest rate increases because they are not needed and could destabilise the economy. But I object just as much for this second reason, which is that yet again policy is being put in place that is intended to send wealth from those with least to those with the most, and that is not the basis for any sustainable society. 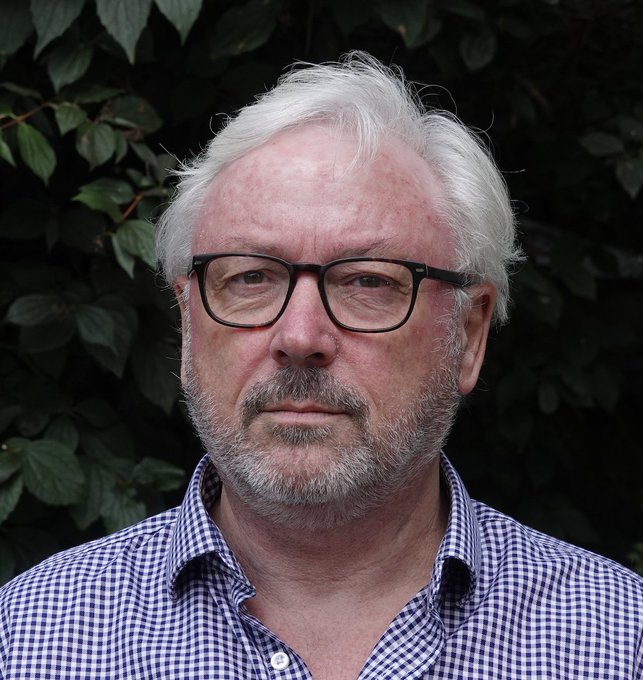 A small budget, shrinking fast Kevin Anderson is professor of energy and climate change at the Universities of Manchester (UK), Uppsala (Sweden) and Bergen (Norway) Dan Calverley is an independent researcher on climate change and […]

From fintech to food systems and social media to all domains essential for society and the economy, the State of Big Tech compendium of fifteen essays offers a vision and blueprint for the 99% to […]

Valerie Vande Panne – Re-Localizing Industry, One Thing at a Time

This is something that the EU would do its best to stop, claiming it to be in violation of competition rules: international corporations being prioritised over citizens. Valerie Vande Panne is a writing fellow at […]