The Tory government is intensifying its class war against the working people of Britain. 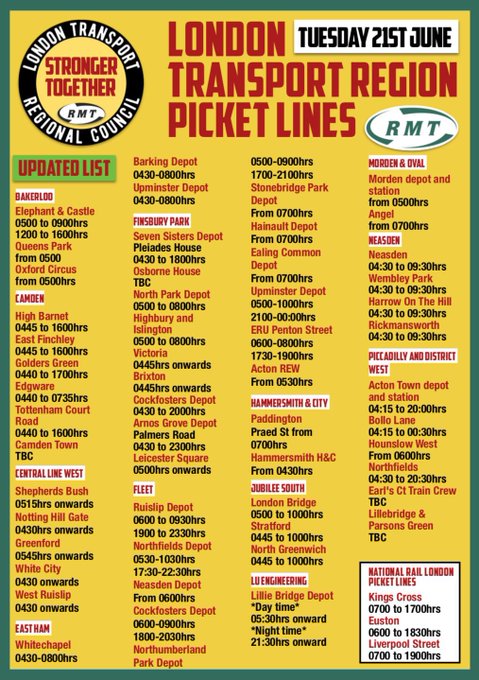 The government wants a summer of pay disputes as it seeks to blame inflation on pay rises (which is not true). But is it really the case that it can’t afford the pay rises public sector employees need? Another thread….

First, let’s look at tax. Four taxes are likely to bring in a lot of extra money because of inflation reaching 10% or more. They are VAT, excise duties, income tax and national insurance.

VAT was expected to bring in around £150 billion this year. There is some inflation allowed for in that but it’s still very likely that will increase dramatically, but not maybe by quite 10%. The economy is slowing. But £10 billion extra is quite possible.

Excise duties on fuel, drink and so on are likely to rise a lot because of rising prices. They were going to bring in more than £50 billion, near enough. To expect £3 billion more is fair.

Income tax should bring in £245 billion and national insurance maybe £155 billion. Pay is not going up by as much as inflation. But for technical reasons inflation is very good at boosting income from these taxes. A 4% increase is possible. That is £16bn extra between them.

Add these up and that’s around £29 to £30 billion of extra tax to be paid because of inflation. When I say that Sunak is really coining it in right now because of his inaction on inflation, I really mean it.

So, how much will a 4% pay rise plus 4% bonus for all state employees cost this year? The Office for National Statistics says 5.7 million people work in the public sector. On average they earn about national average wages (which is hardly surprising).

That figure is around £38,000 gross. So the pay will is around £216 billion. I know there are pensions on top, so add at least 10%. But we don’t need to worry about national insurance, because that does straight back to the government anyway. So, call it £240 billion.

Let’s assume they were going to get at least 2% anyway. Now let’s suppose they need 8% to be satisfied right now, half in pay and half in a bonus, to be reviewed in a year’s time. So that is 6% extra now.

6% of £240 billion is £14.4 billion. But Sunak has a pot of £30 billion to play with. Now, of course, there are other demands. He needs to increase benefits and other costs will rise. But he has £15 billion left for that.

Now I admit that’s probably not enough to cover all the additional costs on other issues. But I can find him other savings.

For example, I could knock well over £10 billion out of government interest costs next year by changing the rules on the amount of interest to be paid to banks on their deposits with the Bank of England, which are set to skyrocket because the BoE has increased interest rates.

In other words, I can find tens of billions of savings with regard to interest with only a few straightforward policy changes. As a banker Sunak should have been able to spot these. It’s anyone’s guess why he can’t see them.

And the government could always run a small deficit to make sure people are protected from harm. That, after all, is what the government’s job is. Well, that and preventing recession, which will happen if they don’t pay these increases.

So in that case, why is the government choosing to fight workers and crush public services when there is no need to as it could easily afford to pay public sector employees enough to protect them from the worst of inflation right now?

Your guess is as good as mine. But what I note is that they and their friends in the Mail are very keen to say is that there is class warfare going on. And I agree, there is. But it’s the government waging it on people who are simply desperate just to survive.

What I know is that the economics of these pay disputes don’t stack. The government could pay up. They won’t. But don’t believe that is because they can’t afford to do so. It’s because they want this fight.

Alex Coan/MD_Photography/Ti_ser, Shutterstock.com Mary Mellor, Northumbria University, Newcastle There is nothing natural about money. There is no link to some scarce essential form of money that sets a limit to its creation. It can be […]