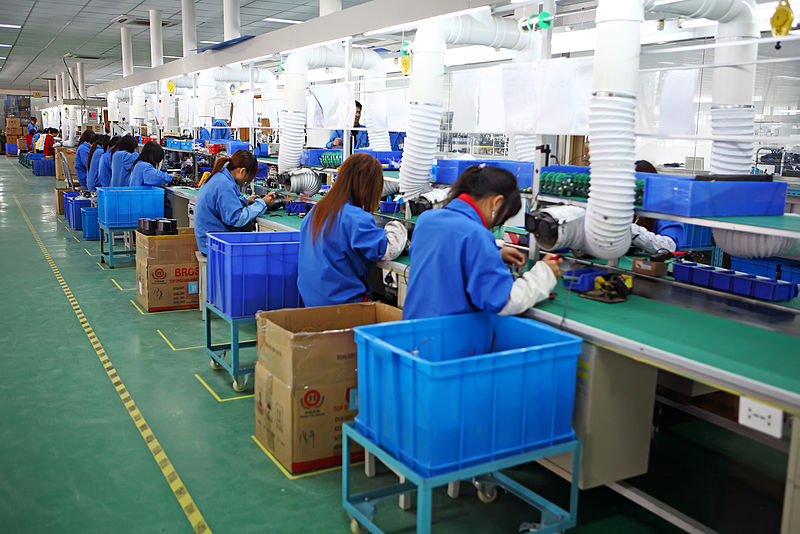 In the first post of my Future of Work series, I looked at the impact of working from home and remote work which has mushroomed since the COVID pandemic.

In this second part, I want to consider the impact of work on people’s lives and health and how that will pan out over the next few decades. Marx once said “The less you eat, drink and buy books; the less you go to the theatre, the dance hall, the public house; the less you think, love, theorize, sing, paint, fence, etc., the more you save—the greater becomes your treasure which neither moths nor rust will devour—your capital. The less you are, the less you express your own life, the more you have, i.e., the greater is your alienated life, the greater is the store of your estranged being.” —Economic and Philosophic Manuscripts 1844.

I take this to mean that, while human (both mental and manual) labour has its satisfactions, work for most people for most of the time, is really toil.  People do not live to work (although sometimes people say they do) but work to live.  They have little time to develop interests and their imaginative potential.

Much is made of how annual working hours have declined over the last century.  The working week has steadily fallen, the argument goes – things are getting better.  No more children working in mines and factories; two or three days a week not working etc.

But this hides much of the reality.  First, it is not true that children are not being put to work in the fields, mines and factories of the Global South in large numbers; or that ‘slave labour’ is not operating as servants for the rich in their homes or in migrant dominated jobs. Second, while total hours may have declined on official figures, there are sizeable sections of the workforce still enduring long hours and intensive work.  Around 500 million people in the world are working at least fifty-five hours per week, according to the World Health Organization (WHO) and International Labour Organization (ILO).

In recent years, the trend toward shorter working hours has halted, and in some cases, reversed. A 2018 ILO report found that there has been a bifurcation of working hours, “with substantial portions of the global workforce working either excessively long hours (more than48 hours per week), which particularly affects men, or short hours/part-time work (less than 35hours per week), which predominantly impacts women.”

The link between overwork and underwork, or unemployment, is not new. As Karl Marx describes it in Capital, “the overwork of the employed part of the working class swells the ranks of the reserve while, conversely, the greater pressure that the reserve by its competition exerts on the employed workers forces them to submit to over-work and subjects them to the dictates of capital.”

What is striking about this trend is that it’s happening to everyone. Studies have found work intensification among managers, nurses, aerospace workers, meat processing workers, schoolteachers, IT staff and carers. There is also evidence of work intensification in Europe and the US. “It’s not just the Amazon production line person who’s had their work intensified, it’s the London commuter and the new solicitor,” says Francis Green, a professor at UCL who has studied the phenomenon for years. According to an analysis by the UK’s Resolution Foundation think-tank, just over two-thirds of employees in the top quarter of the pay ladder in the UK said they worked “under a great deal of tension”. The same was true for half of those in the bottom quarter for pay, and this latter group has experienced the biggest increase in tension since the 1990s.

Here are some explanations of why work has intensified for so many.  In the 1990s, people said their “own discretion” was the most important factor in how hard they worked. Now they are more likely to cite “clients or customers.” In a world of instant communication, many workers now feel they have to respond quickly to consumer or client demands. That goes for the banker working on a big merger as well as the Uber Eats driver he summons to bring him a burger.

Another possible explanation is that employers have simply cut headcounts to save costs without coming up with more efficient ways of doing things. This will no doubt resonate with public sector workers everywhere who have experienced a decade or more of government spending cuts.

Some companies have also harnessed technology to extract more effort from staff. More workplaces like warehouses have become partially automated, which means workers must keep pace with machines. Other workers are now easier to monitor. Witness the growth of software which tracks employees’ keystrokes, measures their breaks and sends nudges if they stray on to non-work-related sites.  Taylorism as it used to be called is still alive and well.  (Taylorism is the so-called science of dividing specific tasks to allow employees to complete assignments as efficiently as possible. The practice of Taylorism was first developed by Frederick Taylor who claimed that it would lead to the most efficient practices in the workforce.)

A fourth possibility is that email and instant messaging platforms simply tire people out mentally. It is hard to focus when constantly interrupted, which might leave workers feeling as if they are working hard and fast even if they aren’t

Jamie McCallum in his excellent book Worked Over: How Round-the-Clock Work Is Killing the American Dream, (Basic Books, 2020) points out that actually the hours of all wage and salary workers in the US have increased by 13 percent since 1975, which is about five extra workweeks per year. And it’s the hours of low-wage workers, who are disproportionately women, that have increased the most.  And this in the period of stagnating wages, rising hours, and declining union density.  More intensified work has gone along with rising income inequality.

If wages are stagnant, then the main way that working-class and even middle-class people for the most part get more money is by working longer hours.  An EPI report highlights trends in annual work hours among American prime-age workers between 1979 and 2016.  As wage inequality has grown over the last four decades, we observe two very different responses when it comes to work hours. On one hand, workers are working many more hours a year, perhaps in part to compensate for tepid, and in some instances declining, hourly wage growth. On the other hand, a growing number of workers have become disconnected from the labour force, by not working at all over the course of an entire year.

Work hours have typically grown most among the lowest earners and those working the fewest hours.

Long working hours are killing more than 700,000 people per year.  According to WHO and the ILO, long hours resulted in 745,194 deaths in 2017, up from roughly 590,000 in 2000. Of these deaths, 398,441 are attributable to strokes and 346,753 to heart disease. This puts those working these hours at an estimated 35 percent higher risk of strokes and 17 percent higher risk of heart disease compared to people working thirty-five to forty-hour weeks. Men and middle-aged adults are particularly exposed and the problem is most prevalent in Southeast Asia.  So while working harder doesn’t seem to be making us richer, it does appear to be making us sicker.

A new study by academics Tom Hunt and Harry Pickard suggests that “working with high intensity” increases the likelihood of people reporting stress, depression and burnout. They are also more likely to work when sick. Data from the UK Health and Safety Executive shows that the proportion of people suffering from work-related stress, depression or anxiety was rising even before the pandemic hit. Indeed, Marxist health economist Jose Tapia found counter-intuitively that it was in in periods of economic boom and full employment that mortality rates rose because of the stress from work, while it fell in recessions as people may become unemployed but suffered less stress from not working.

This raises the question of productivity.  Work intensification is coinciding not with rising productivity as employers expect but slowing productivity growth.  Taylorism may still be alive in exploiting the labour force, but it does not deliver for capital.  Why is that?  One argument was presented by the late anthropologist and radical David Graeber, who argued that people were asked to do loads of what he called ‘bullshit’ jobs. This theory is that a large and rapidly increasing number of workers are undertaking jobs that they themselves recognise as being useless and of no social value. So they do not work well.

However, that theory has been contested by recent research.  This finds that the proportion of employees describing their jobs as useless is low and declining and bears little relationship to Graeber’s predictions. Much more relevant is Marx’s own concept of alienation. Marx argued that labour under capitalism is inherently alienating as it blocks individuals’ essential need for self-realisation. However, for Marx this was not the result of individuals being engaged in activity that was of no social value but rather because capitalist social relations frustrated the free development of human abilities in spontaneous activity.  “Unlike the BS jobs theory, alienation is not premised on the view that the work being undertaken is inherently pointless and of no value. Instead, it highlights the importance of the social relations under which work is undertaken and the degree to which they constrain the ability of workers to affirm their sense of self through the development and recognition of skills and abilities.”

So the social solution to work stress and exploitation is not to stop people doing ‘bullshit jobs’ and instead give them benefits not to work.  The answer is to overturn those social relations in which people’s work is devalued by toxic workplace cultures that leave workers feeling their labour is pointless and of no use.  The phenomenon of meaningless work illuminates the contradiction at the heart of capitalism itself.

Long hours at tedious jobs can be avoided if workers had greater control over their employment, conditions and schedules.  Cooperative work could replace authoritarian dominance, Taylor style, by bosses.  Machines can be used to increase opportunities to reduce working time and develop innovations, and not designed to dictate hours and intensity of work.  It’s capitalist social relations in the workplace that destroys innovation, cooperation and people’s health, not the jobs as such themselves.  The future of creative work rather than destructive toil depends on ending capitalist operations in the workplace ie workers control.

A good analysis of the current situation in Greece. Read here

Shutterstock Alexander Tziamalis, Sheffield Hallam University One of the first things economics students learn about is Gross Domestic Product (GDP). GDP is also a central concept in many political debates, including Brexit. Will it rise? […]