Monopolies are the business model of choice for large corporations and financial institutions. State bailouts are their answer to a free market 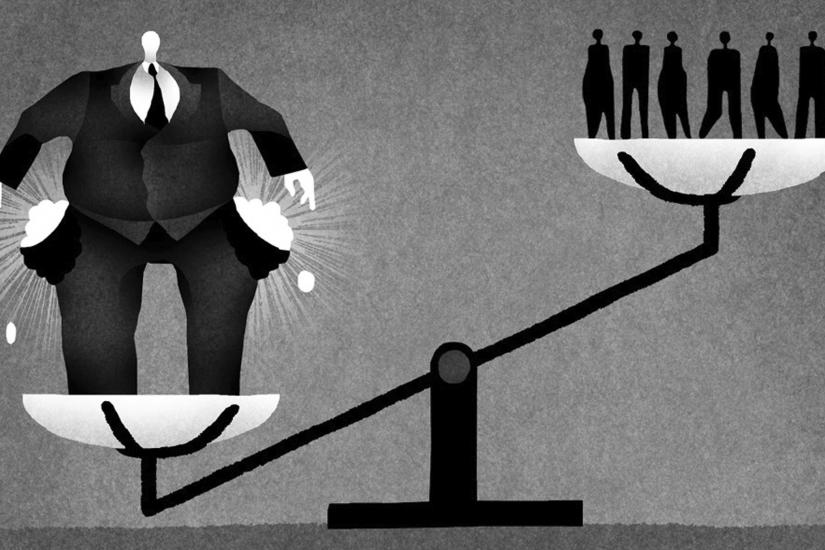 It was very frustrating to read Noam Scheiber’s profile of Jaz Brisack, the person who led the first successful union organizing drive at a Starbucks. Brisack does sound like a very impressive person and it is good to see her getting the attention her efforts warrant. However, Scheiber ruins the story by repeatedly telling readers that the neoliberals, who have dominated political debate in recent decades, want a free market. Nothing could be further from the truth.

I will start the indictment with their support of intellectual property. Government-granted patent and copyright monopolies transfer many hundred billion dollars annually from the rest of us to the top 10 percent, and especially the top one percent. Bill Gates would still be working for a living if the government didn’t threaten to arrest anyone who made copies of Microsoft software without his permission.

Then we have “free trade.” The neoliberals made it a top priority to make it as easy as possible to bring in cheap manufactured goods from developing countries. This cost millions of manufacturing jobs, and put downward pressure on the pay of noncollege educated workers more generally.

By contrast, if you talk to most neoliberals about removing the barriers that make it difficult for foreign doctors to practice in the United States, or other highly paid professionals, most suddenly get really stupid, like they don’t know what “free trade” is. Neoliberals have been happy to lower the trade barriers that protect the wages of less-educated workers, but then it comes to the barriers that support the pay of people like them, they are the most protectionist people around.

It is also not the free market to give Facebook and other social media behemoths Section 230 protection against defamation suits that print and broadcast outlets don’t enjoy. Mark Zuckerberg and other Facebook insiders would be much poorer without this protection, but we would be moving towards a free market by taking it away.

It is understandable that neoliberals would like to be seen as big advocates of the free market. After all, it sounds much better to say that you favor a free market than to see that you favor redistributing from the poor and working class to the rich and very rich.

But the neoliberals self-description is not accurate, and people like Scheiber should not be repeating it. Neoliberals need to be exposed for who they really are.

Chris Bambery – Torture is part of the EU, as long as it is the right sort of person

Should Assange die in a UK prison, as the UN Special Rapporteur on Torture has warned, he will effectively have been tortured to death. According to the European Court of Human Rights Spain often resorts […]