Crashes are often predicted, but the reasons behind these predictions can be interesting as in this article by Richard Murphy 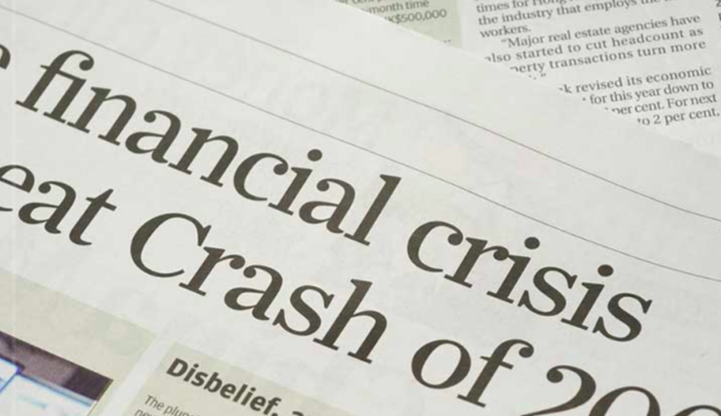 There were two articles in the Guardian yesterday that drew attention to the risk of a financial bubble bursting sometime soon. Larry Elliott wrote one of them, saying this:

The veteran British financier Jeremy Grantham, who co-founded the US investment firm GMO, fired off a warning to the company’s clients last week. He did not pull his punches. “The long, long bull market since 2009 has finally matured into a fully-fledged epic bubble,” he said. “Featuring extreme overvaluation, explosive price increases, frenzied issuance, and hysterically speculative investor behaviour, I believe this event will be recorded as one of the great bubbles of financial history, right along with the South Sea bubble, 1929 and 2000.”

The warning is based on a simple idea. It is that the money created by QE is introducing instability into the economy, and that the impact of this is growing as the Covid 19 crisis continues.

As the FT noted last week, there is another crisis for the neoliberal view of the economy running alongside this. The Bank of England, almost laughably, maintains the view that the reason it happens to be buying government bonds at almost exactly the rate at which they are being produced by the Treasury is to control inflation. The City does not believe them. It thinks, correctly, that QE now exists to fund government debt and to prevent any real demand on markets to do so.

This difference of view matters. The pretence behind so called independent central banking is that the central bank (for us, the Bank of England) can control economic management better than the Treasury might. This is, then, simply a game of credibility. And either the central bank is credible, or it is not. Right now, markets are saying it is not. They don’t believe there is a real inflation risk. The Bank says there is. The Bank says that is why it is intervening. The markets don’t believe them. They think the Bank is simply funding the government. They, quite reasonably, given there is no inflation risk (excepting from Brexit, which neither monetary or fiscal policy can prevent) then accept the evidence if their own eyes and say the Bank is funding the deficit. I agree with them.

Is there, in that case a chance that credibility will evaporate and a bubble will burst, as Jeremy Grantham is suggesting? In my opinion there is. To anyone outside the City bubble current market valuations of shares are incredible. The real market remains crushed. Real evidence is that Covid 19 could get very much worse before it gets better. And when that improvement might be is anyone’s guess, but it does not feel like soon. The evidence of recovery from past recessions is also that people do not lose their caution quickly because of fear of unemployment. This time may be different, but I think many, correctly, doubt that.

Valuations have, as a result, been sustained unreasonably. And that is because of the way in which QE has been used. I stress, I have nothing against QE, per se, except, that is, that there are better ways to achieve the goal that the current version of QE sets out to achieve.

Remember that QE creates new money within the Bank of England to buy bonds issued by the Treasury back from financial markets. These are then, in effect, cancelled. The government denies this last point, but in the UK QE has never yet been reversed, and there is no chance it will be, meaning that there is another credibility issue at stake here where the Bank is losing badly in the believability rankings.

Once that money is created it is injected into financial markets via the commercial banking system, whose so-called central bank reserve account balances increase as a direct consequence.

Once in that system the government loses control of the process. They hope the new money will fund new investment, which is a quaint idea based in the old-fashioned notion that there is a correlation between financial market activity and on the ground investment (which, for the record, there isn’t). Instead the money is used for what the financial markets call investment (but which it is not) and that is speculation. And so the stock market, debt, land and house price indices have all risen because financial markets do not risk their money on anything so sordid as real productive activity; they gamble it instead.

This was the mistake in QE. QE funds new savings. That is inevitable given the nature of the sectoral balances. A government deficit will always increase someone’s savings. But there is no guarantee that those savings will deliver investment. That’s what the government has got wrong.

If, as I have suggested, measures were taken to direct savings this crisis we now have might have been averted. Local authority bonds to mop up this money could have built housing. NHS bonds could have delivered capacity, Green ISAs could fund the Green New Deal. And force pension funds to invest in job creation activity, as I have suggested, and the amount of speculation would have been dramatically reduced.

In other words, just as tax takes money out of the economy to prevent inflation, government-driven savings programmes linked to real investment could have achieved the same goal to take inflation out of financial markets. From 2010 on that has been my goal.

But it has not happened. Instead, there is just speculation, a shortage of employment, and no advance on key structural goals.

Will there be a crash? It’s likely, I would say. Credibility has run out. The central bank has told too many obvious untruths on why it is doing QE, and that it will reverse it. The myth that there is value in this market has to end. A deeply uncomfortable realignment is likely to add to woes.

The only issue now is that next time we have to get this right. We could. The model I suggest could work. There is no reason why not. And central bank reserve account balances will rise with deficits, even if there was pure QE and the government simply ran an internal deficit with the Bank of England, because those accounts are the only way to inject money into the economy.

And whatever happens, MMT says that a deficit does create savings: this is at the very core of MMT. But in that case a policy on how to use savings to avoid a speculative cycle is essential. Saying that QE should be stopped is not an answer. Working out the consequences of deficits, which are essential, is the required answer. And if wealth taxes are not the right answer for now (and I still doubt that they are) then addressing savings related issues is.

I am not convinced a crash can be avoided now. Values have reached the point of being incredible. But I am convinced further crashes can be avoided. But everyone has to adapt to prevent that, MMT included. We are in for a bumpy realignment.

THE EUROPEAN PARLIAMENT has stripped three Catalan MEPs of their immunity. All three face sedition charges for their part in organising the 2017 Catalan referendum on independence. One of these MEPs is Carlos Puigdemont, Catalonia’s […]

Transport & Environment – €8.5m Ruling against Ryanair State-Aid just the Tip of the Iceberg

The EU has ordered €8.5 million in illegal state aid to be recovered from Ryanair in the latest indication of how extensive public subsidies are to aviation, one of the fastest growing sources of carbon […]