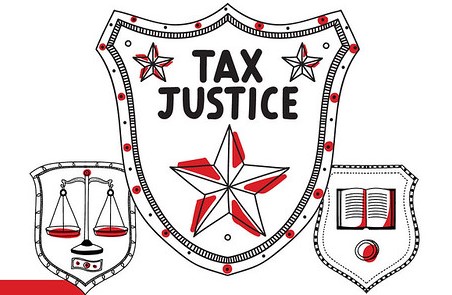 The OECD global tax deal has been signed by 140 countries and jurisdictions. Some are claiming it represents a sell-out by the OECD and a stitch-up by rich countries to keep the USA and its multinational corporations happy. I don’t agree. This is. thread posted on Twitter this morning:

I am aware that many in tax justice are deeply disappointed by the OECD tax deal that’s just been signed. Their suggestion is it does not do enough for developing countries. And that’s true, it doesn’t. But let’s get real: deals like this are always compromises.

If this deal was ever going to overcome opposition – from the Republicans in the US to Ireland – and to still accommodate the claims of developing countries it was always going to be a compromise. And it is. But to claim it was a sell-out by the OECD is absurd.

There is no way this was anything like that. It delivers major firsts. There’s a global minimum tax rate, and countries can charge more. There is a first endorsement of unitary taxation. And there is also a right for one state to charge tax on profits misdeclared in another.

These are all major steps forward we should celebrate. And yes, the tax rate is too low. Too few companies are impacted. More profit could be redistributed. The deal for developing countries could be better. But I have done deals. And when no one wins you get agreement.

No one got all they want here – most especially the US and its multinationals. I know there is data saying they might pay less. But that’s playmaking in a one country, one scenario case study and this is a bigger deal than that. So let’s be realistic.

This was as good a deal as the OECD could probably have got. The UN could not, I very strongly suspect, have delivered anything better than this. To pretend otherwise is absurd, and does no one any credit.

But I am not without concerns. I suspect that we do not have tax accounting data good enough to support this deal as yet. That needs work. And an agreement on rate means there will be competition on capital allowance super deductions. R&D is also going to be an issue.

There is still work to be done then. And building UN tax capacity is an issue. But I really think it’s time for the tax justice obsession with corporation tax to be laid aside right now. The Pandora Papers gave almost no hint of there being big issues left in this area.

Imperfect as this deal is, it’s a further win on corporation tax and it will be improved in a few years, at most. But now it really is time that tax justice, the OECD, the UN and all countries started looking at other issues that must be addressed to deliver tax justice.

These are issues like making sure the right resources go to tax authorities to enforce this and previous deals. Then there is the need to tackle the abuse of tax allowances and reliefs. That requires measuring tax gaps, and explaining them with tax spillovers.

And there is the need for better taxation of wealth, and ending the bias to unearned income in international tax. Financial transaction taxes need to be on the agenda too whilst the curse of regressive VATs needs to be broken in many developing countries.

After that? Do we need minimum income taxes? And wealth taxes too? And how can payroll taxes that are so high in so many countries be reduced to encourage employment? Whilst how can international taxes be revised to go green?

On top of it all there is accounting to resolve. As the Pandora Papers showed, we are now learning who owns companies, but we need full and public accounts for all companies too. There’s now a massive deal to be done on that to underpin international tax enforcement.

I will repeat too, we need to improve country-by-country reporting data too to get this deal right – whilst the technical definitions of profit to be used in this deal need very careful attention because it and losses can be hidden in so many places in accounts now.

Anything else? Yes: we must build expertise in all these other areas now. This OECD deal is done. No one thought we’d get a perfect corporation tax deal. We didn’t. But the issue is closed for a while. It’s time to move on and work for other types of tax justice.

Tax justice is about getting a fair deal for all those who need it. It is not just about corporation tax, or tax havens. Now is the time to set a new agenda. I am hoping that this agenda is worked on from Monday morning onwards. Complaining won’t do. There’s work to do.

During 20 years of reporting on the conflict, I learned first-hand that Israel’s version of events around the deaths of Palestinians or foreigners can never be trusted Jonathan Cook is an award-winning British journalist based […]