John Weeks examines the alternatives for the Remain campaign and the vraious interests behind it.

We at Brave New Europe don’t take a position on Brexit. While we recognise that many dark and odious forces lay behind the Brexit vote, and that the process will inflict significant economic damage on many people, we also know that European institutions and policies typically reflect a strong neoliberal slant – and we launched this project to oppose and change this.  We have sympathy with the anger against European institutions – but we also believe in the principle of European cross-border co-operation and co-ordination in many areas.  Reflecting this complex reality, we will host both pro-Brexit and pro-Remain articles 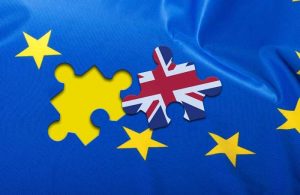 A recent article in Politico.eu referred to comments by two British academics describing the behaviour of those who in June 2016 voted “remain” as reflecting a psychological disorder.  The article informs us that these experts concluded that some voters have depression so profound that they can be labelled “Reamainiacs”, suffering “Brexit anxiety disorder”; and like the main character Morgan in the famous film, it is a “suitable case for treatment”.

This article left me somewhat dubious, especially because of some obvious factual errors.  It incorrectly identified the universities where these academics work, City University not University of London for Philip Corr, and on his twitter page Simon Stuart identifies himself as “clinical psychologist, former journalist” with no university mentioned), thinking the article might be a late April Fool joke.  My doubts seem unfounded, because my Google search for these academics led me to an article in the strongly pro-EU Guardian guiding the distressed sufferer of “Brexit Anxiety” to free counselling.

The link in the article referred one to the “Emotional Support Service for Europeans, [which] is being led by Emmy van Deurzen, a professor of psychotherapy at Middlesex University,” and the counselling provided by organization named the “Existential Academy”.  On its web page of the Academy, located in London NW6, describes its services as “Our goal is to help concerned EU citizens to explore and better understand their emotional responses to this period of great upheaval and uncertainty, and so allowing them to gain greater clarity and make informed decisions on how to better cope and protect their well being”.

As a Remainer seeking with others to formulate a practical and effective response to Brexit, I cannot help but wish that anxiety be replaced by rational focus on what might be done.  A good example of a contribution to concrete focus was the recent article by Hilary Wainwright arguing that the current Labour Party leadership can and should be the driving force for a reformed European Union.

Whether a progressive British government could successfully reform the unambiguously dysfunctional European Union is open to debate.  If we to remain EU members. Achieving that reform should serve as a central goal of British foreign policy.  In almost all EU countries progressive groups organize and propagandize for European reform, most obviously Die Linke in Germany and Podemos in Spain.  With a lawyer I have written a blueprint for EU treaty reform that both of these political parties have endorsed (funded by the Rosa Luxemburg Foundation).  It could serve as the EU reform guidelines for a Corbyn government.

In order to play an effective part in EU reform we have two necessary but not sufficient conditions 1) by some means we must stop the process of leaving the European Union, and 2) a progressive British government must achieve power.  The two necessary conditions are closely linked.

In part because of the large amount of funding from wealthy donors, the most publicized vehicle for Brexit reversal is a second referendum, the so-called People’s Vote (“so-called” because all referendums are open to the “people”).  Despite its billionaire funding (£800,000 from George Soros, £1 million from Julian Dunkerton and Simon Franks via a new political party), the obstacles to a second referendum remain formidable.

The most obvious of these obstacles are the following: 1) wording, 2) timing, 3) parliamentary process, and 4) the political response from EU leaders and institutions.  I shall ignore the first, and in effect assume that if legislation is successfully enacted, the referendum wording will offer a clear pro-EU option.  The remaining three are intertwined.

Two EU political events set the “bookends” for the timing.  It is reasonable to assume that the UK parliament will not consider legislation for a second referendum until the May government reaches agreement with the European Council or the Council definitively rejects the British proposal.  This would not occur before the meeting of the Council on 18 October.

At the far end, legislation must schedule the second referendum before 29 March 2019, when the two year Article 50 period ends and UK membership terminates.  Should the vote clearly support maintaining EU membership, the European Council must make the final decision, and is scheduled to meet 21-22 March.  This date suggests that that in order to give time for the Council members to deliberate on a Brexit reversal, a referendum date should be not later than 7 March.  That date would imply that the campaign would begin in early February, and concrete preparations start soon after the New Year.

That timing requires completing the referendum legislation before the December holidays, not later than mid-month.  Mid-October to mid-December gives two months to debate and pass legislation through the Commons and the Lords, a very tight schedule even with a supportive government.  The schedule becomes all the more problematical because of extremely low probability of the May government introducing such legislation.  That leaves two routes to legislation, a Private Members’ Bill, or by a bill by new government.

Neither route offers much hope of success in meeting the 29 March deadline.  Private Members’ Bills have extremely low success rates.  The fall of the May government could provoke a new election, whose timing would make a second referendum almost impossible before mid-March.

The hypothesis that the wealthy men (they all seem to be men) donating to the Second Referendum campaign are motivated to part with large amounts of money because of irrational anxieties is difficult to sustain.  More believable is that the campaign’s organizers use the “People’s Vote” rhetoric because it is more likely to fuel enthusiasm among Remainer voters than the less stirring call for an extension of the Article 50 deadline.  A referendum to keep EU membership would seize on Remain anxieties far more than a proposal for a parliamentary procedure to stay in a little longer.

This stalking horse possibility seems to me as dubious as the first.  If the achievable goal is a deadline extension, the relevant campaign target is Parliament, not the public.  The practical route to an extension would be the fall of the Conservative government, its replacement by a Labour government under its current leadership, and pressure on the new leaders to extend the Article 50 deadline.  A “no-deal” or “bad-deal” outcome could provide an obvious pretext for such a shift in the Brexit policy of the Labour leadership – “the Tories made a mess of it and we need more time to clean up the mess”.

Were this the underlying strategy of the leaders of the Second Referendum campaign, we would expect committed Remainers in the Labour Party to push aggressively for a confrontation that would remove the Conservative  government and replace it with a government led by Jeremy Corbyn, John McDonnell and Emily Thornberry as Prime Minister, Chancellor and Foreign Secretary.  Over the last few months we have observed quite the opposite.  Perhaps as much as a majority of the Parliamentary Labour Party view an imminent Corbyn government with alarm.  Indeed, for months rumours of a split from the party by Remainers have grown.

We are left with the last possibility as the most credible.  The Second Referendum campaign and the intra-party conflict over criticism of the Israeli government (inaccurately identified in the media as about anti-Semitism) have shown themselves as the only criticisms of the Labour leadership to generate more than momentary media interest.

The policies in the 2017 Labour Manifesto have proved quite popular.  Direct attacks on those policies have if anything strengthened their appeal to voters long weary of malfunctioning privatized monopolies, an underfunded health service and Tory austerity policies in general.

The only practical route to delaying Brexit is a Labour government led by Jeremy Corbyn.  It would appear that the Second Referendum campaign’s leaders, if not their followers, seek to block that route, portray Brexit as disaster when it comes, and blame it on an ineffective Labour leadership.  A “hard Brexit” may serve their long term purpose, to prevent a social democratic Britain.

Lina Gálvez – The price of “freedom” in Catalonia

In our continuing coverage of Catalan Independence Lina Galvez has a different perspective on the issue, especially who the winners and losers of  Catalan independence will be. Lina Gálvez is Professor of Economic History and […]

Britain’s mini-budget and the market turmoil Philip Cunliffe is Associate Professor of International Relations · UCL Institute for Risk and Disaster Reduction (IRDR). He is also one of the founding editors of The Northern Star […]