15 September will be the tenth anniversary of the crash of Lehmann Brothers Bank in the US. Have we really learnt anything or changed the banking systen? 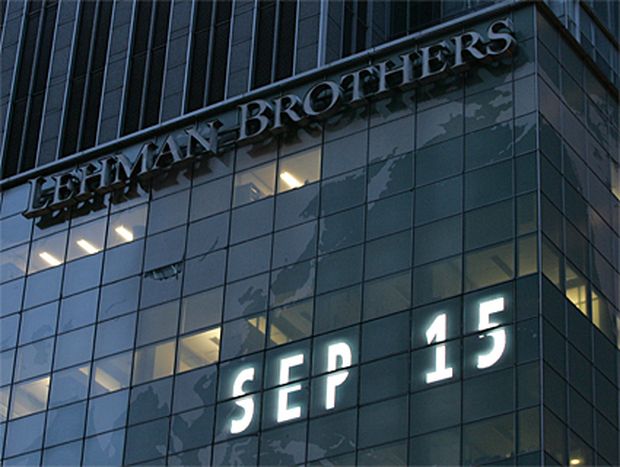 There is a theme to all the discussions of the tenth anniversary of Lehman that are now beginning. It is that we have not really learned anything from the crisis.

What’s the evidence? I hope to reduce things to basics, but I would suggest just three issues make that clear.

The first is that there has been no real reform of banking and related financial services. The strongest evidence of that is the fact that the rating agencies, who played such a vital role in creating the crisis, continue as if unaffected by it, with the same models, and maybe the same people, doing the same job in the same way for the same people. Nothing has changed there.

The same could be said of accountancy, of course. It’s taken ten years for there to now be a hint that they may pay some price for the massive role that they too played in creating the banking meltdown.

But the strongest evidence is in banking itself. The models have not really changed. It is true that they are undoubtedly better capitalised, but the incentives appear the same, the excessive lending appears similar, the ability to exploit risk that they can pass to others is identical, and the rewards for doing so remain enormous. I am not saying it would be impossible to spot the changes from 2008: they exist. For example, the ability to use almost entirely risk free money provided by the state is something that looks very different from 2008. But that said, it is the similarities, and the fact that around the globe bankers, and those who share their mentality, still think that they are the rulers of the universe is the really big issue, and nothing has been done to challenge it.

Which brings me to my second point. This is debt, and private debt in particular. There are places where public debt is an issue, particularly where it is not denominated in the currency in which the government raises its tax, but this is not the major concern in most of the markets at that had much to learn as a result of the crisis, which was not caused by public debt, but by private debt. And as is now widely reported, private debt is now back at 2008 levels. In the UK net saving actually disappeared in 2017. UK house prices may have stabilised, at present, but they are still at record levels. And car finances are heading to be the new sub-prime, both in the UK and the USA. Whilst household incomes have stagnated debt has accumulated as a result of the deliberate policy of the government, in the UK at least, which has been forecasting this trend ever since the financial crisis first eased. It is as if we have learnt nothing at all.

That point is at the core of my third point. In 2008 global capitalism nearly failed. It should have done. It was time expired: the model of Hayek and Friedman had ceased to be of value, as it still is. Very briefly those on the left thought that ‘we are all Keynesians now’. But if we were, it turned out most were profoundly neo-Keynesian, with the belief in the power of central bankers, monetary policy, and the paranoia about fiscal intervention of any form. And that meant that bankers stayed in charge. There was, then, no alternative to the failed model that won popular support. Only tax justice made a lot of progress, to be honest. As for the green movement, there has been little progress of consequence. And in terms of coherent economic thinking on alternatives, apart from MMT, little at all.

This is worrying. Few now doubt that we will have another global downturn. It is not a matter of if; it is only a matter of when. But the real crisis is that we have no new weapons left to address it. Ten years on we are little better prepared for what is going to happen than last time. And if you’re in doubt note this from Gillian Tett in the FT this morning, writing about this same issue, where she says:

For centuries, the craft of banking has revolved around the relatively simple business of collecting deposits from companies, governments or consumers, and then lending the money out.

When one of the FT’s leading commentators does not even know what banking is, how it works, and what it does in the macroeconomy we need to be worried. In ten years it seems we have learned almost nothing at all.