This may sound like some sort of esoteric economic topic, but it is anything but that. This is a real proposal being aired by the new coalition in Italy and could become a real issue in the Euro group. 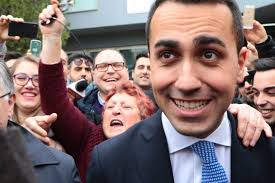 John  Dizard wrote in the FT last week about a new and so far little noticed monetary phenomenon, the Italian mini-BoT. As he noted, the  new Italian coalition partners have agreed to fund their tax cuts and spending plans by issuing these new financial instruments.  As he noted:

These would be small (euro) denomination, non-interest-bearing Treasury bills in the form of bearer securities that would be secured by tax revenues. “BoT” is the abbreviation for an Italian treasury bill, and the small denomination makes them mini.

Conventional BoTs are electronic book-entry securities but the mini-BoTs would be printed, reportedly using the state lottery’s ticket presses, and the designs have been selected.

The essential question is, then, whether these are an alternative form of currency, or not. As Dizard noted,  no one would be obliged to accept them in payment, and as a matter of fact they would almost certainly trade at a discount to their par value, precisely because they do not carry interest. But, the whole point of these Treasury bills is that they are, in effect, a discounted upfront settlement of tax liabilities owing,  and for precisely that reason the Italian government will accept them in payment of tax when it becomes due.  They do, then, share all the characteristics of money even though the new coalition government says that it is not creating a parallel currency to the euro.

They instead say that the BoTs simply represent upfront payments of tax. As such they claim they do not represent an increase in the Italian national debt,  although since I would argue that any government-issued promissory note that is only cancelled upon payment of tax is, by definition, a government debt, I think that stretches credibility the the limit.  Candidly, they are also, and for precisely the same reason,  money in all but name.

But,  worryingly, many of the constraints on the use of cash in the Italian economy will not apply to these notes.  In particular,  whilst it is illegal to make settlement of any debt of more than €3,000 in cash in Italy, this rule will not apply to these bonds.  And precisely because they are printed they might be bonds, but they will for all practical purposes behave like printed money, and that means that they are bearer bonds in all but name.  Everyone involved in tackling illicit financial flows knows the risk that these bonds create.  The shadow economy should have a field day with these.

But, perhaps their most important feature is macroeconomic.  It is well known that the Italian banking system has been quite unable to deal with the demand for growth in the Italian economy precisely because it still has so many ‘zombie’  non-performing loans that restrict meaningful new lending.  Under the rules of the Eurozone there is nothing Italy can do about this.  But with its own ‘shadow’  currency Italy may be in a different position, even if a very dangerous one with regard to the creation of illicit activity.  The prospect of new investment may be created.  That could change Italian financial fortunes.  If it does that is dangerous to those who oppose populism.  But it is also deeply dangerous to those who believe in the importance of European financial stability which is, for better or worse, and for richer or poorer, based on the euro present. If BoTs become commonplace that primacy will cease to exist and Europe will have a multicurrency system that would be fundamentally dangerous to tax revenues, financial stability and ultimately to political coherence.

I have always been opposed to the euro:  I thought it a disaster in the making before it was introduced, and nothing about it has ever made me change my mind.  However, dual currencies are even more dangerous. If the ECB  has any sense at all (and I leave that for others to debate)  then it should not just be slapping down on these BoTs,  but it should instead be actively considering how it can replicate the freedom that they provide to governments who wish to undertake fiscal policy at a time when that this is essential for the growth of their economies when monetary policy has ceased to have any relevance at all. This is  the real economic crisis in Europe: if BoTs bring it to a head  that may be no bad thing. But I worry for Italian stability in the meantime.

That EU companies systematically pay bribes is endemic, just like EU cartels. Interesting is the sentence “$50 million in cash was also delivered to the home of Eni executive Roberto Casula”. In Greece, the German managers […]

Brace for a return to 1970s style stagflation Marshall Auerback is a researcher at the Levy Economics Institute of Bard College, a fellow of Economists for Peace and Security Cross-posted from Unherd Photo: forextime.com licensed […]